Yarn pom poms are fun to make and can be turned into a ton of different types of craft projects.

There are so many things you can do with a yarn pom pom!

The big question is how do you make a pom pom?

You can make them with your hand like I show in my tutorial here, or you can try using a pom pom maker – a plastic tool you buy that helps you make pom poms in an easy and uniform way.

Before you decide which method to try, let’s take a look at how to use one. 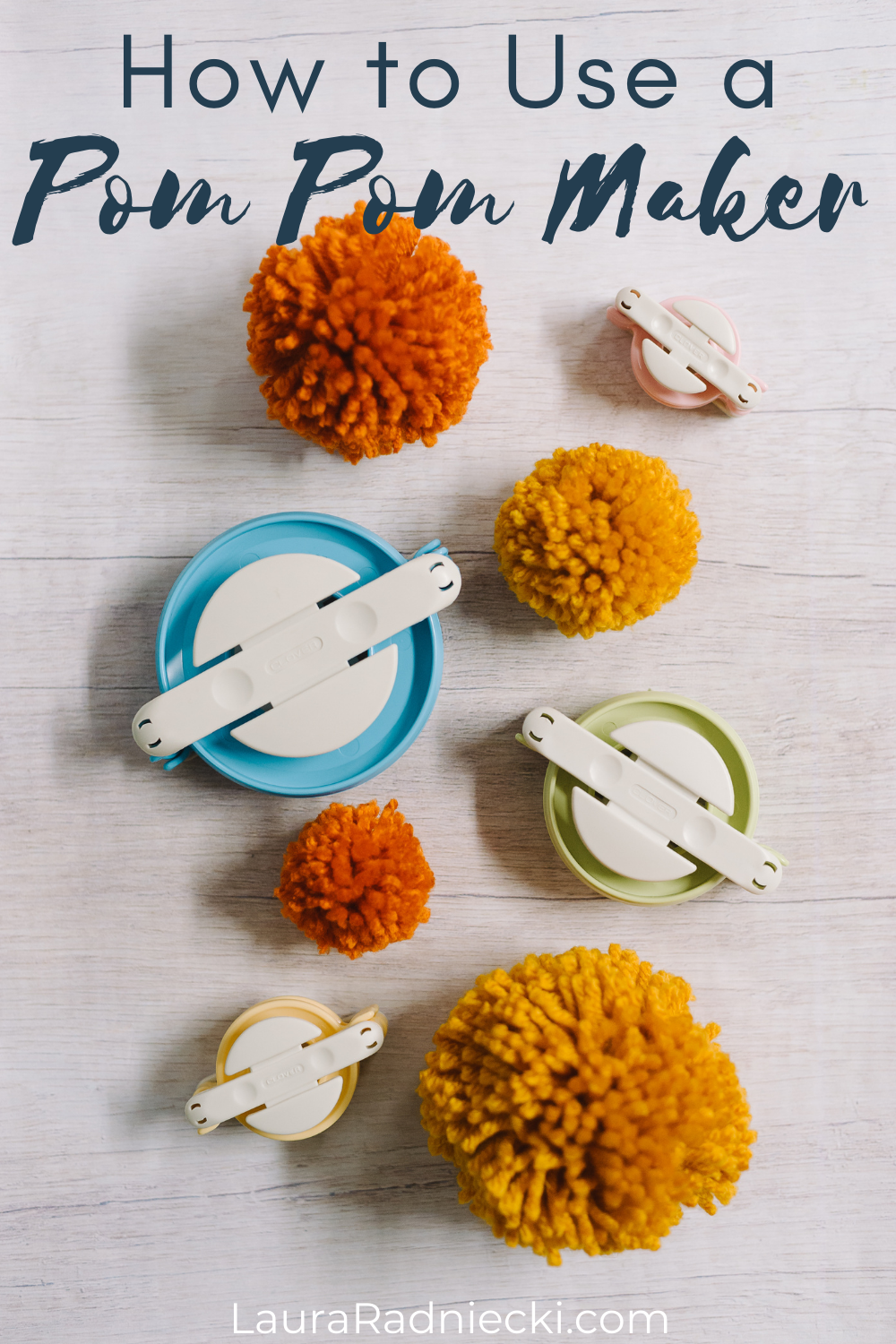 How to Make Pom Poms with a Pom Pom Maker 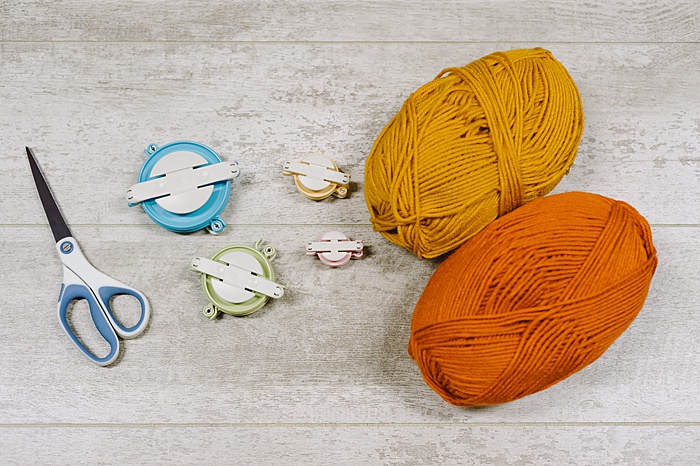 Step 2: Open the arms of the pom pom maker; both of the semi-circle arms on each side should be opened and aligned. 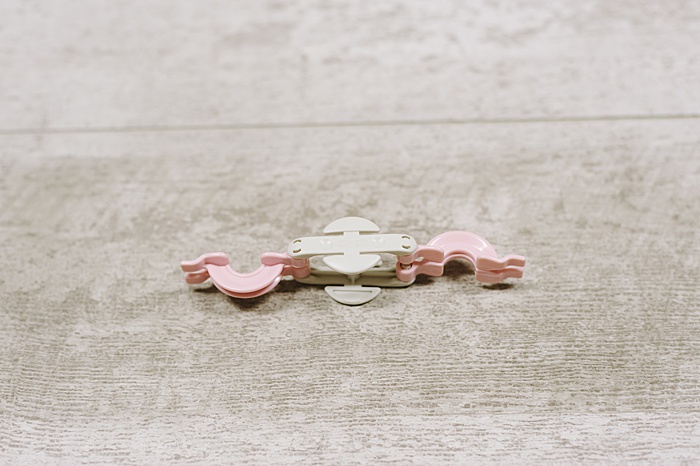 Begin to wrap the yarn around two of the arms on one side, moving back and forth to cover the whole area. 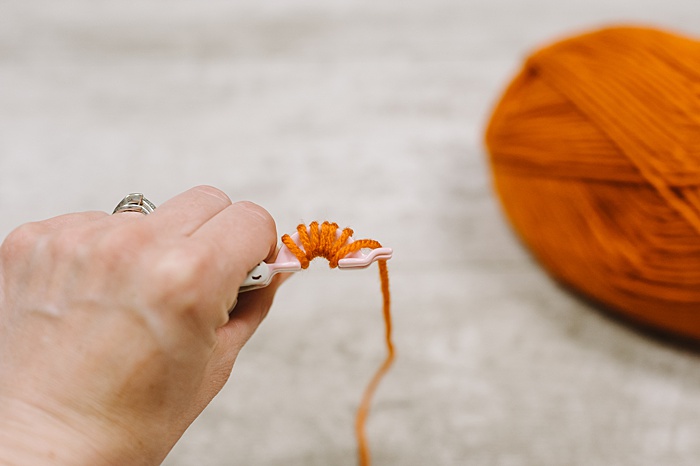 Step 3: Continue to wrap the yarn until it’s full. Clip the yarn tail. 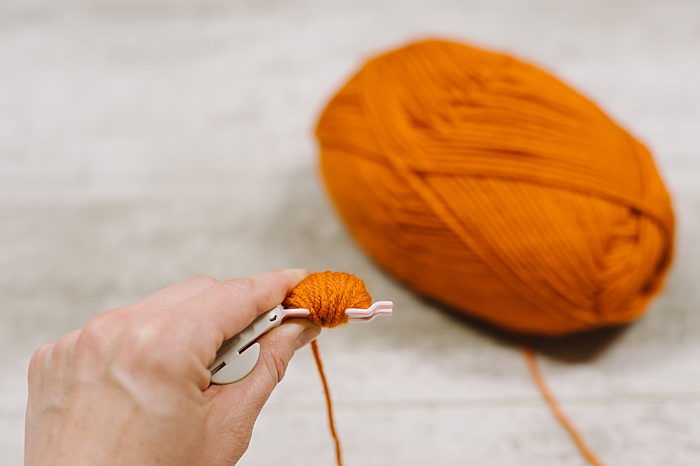 Step 4: Close the semi-circle arms, and push them back into the pom pom maker. 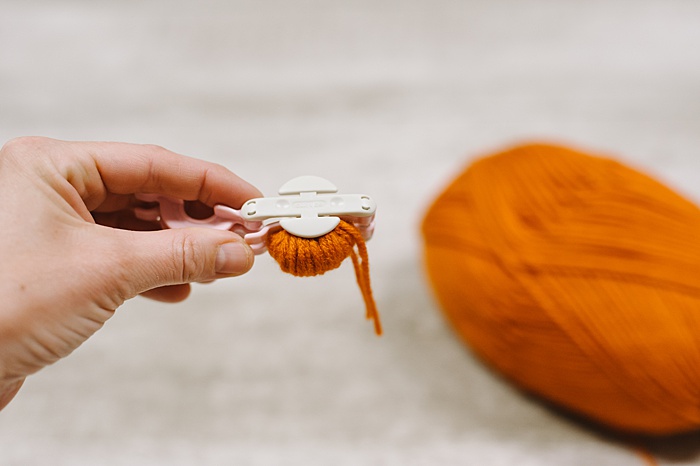 Step 5: Repeat on the other side with the other two semi-circle arms, wrapping completely, and closing when done.

Step 6: With a sharp scissors, cut the yarn along the groove between the pom pom makers. 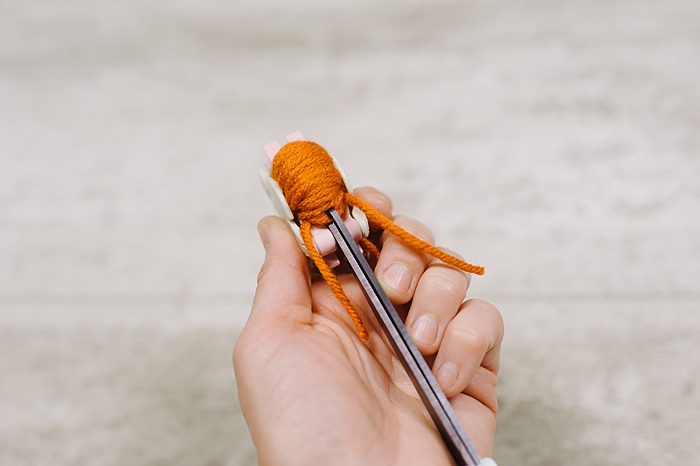 Step 7: Continue to cut until all of the loops are free. 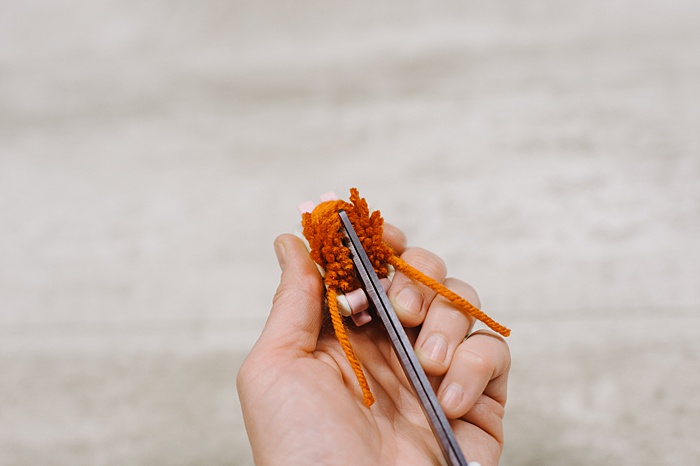 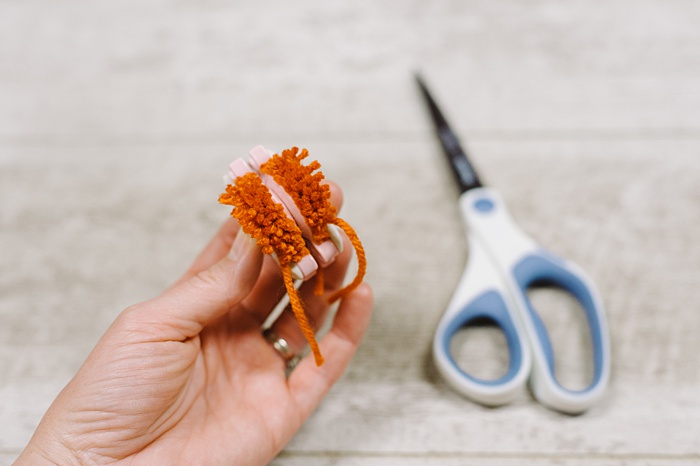 Step 8: Repeat on the other side. 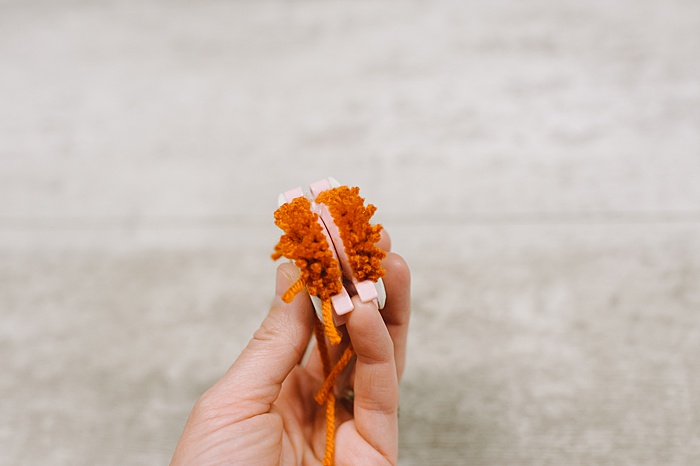 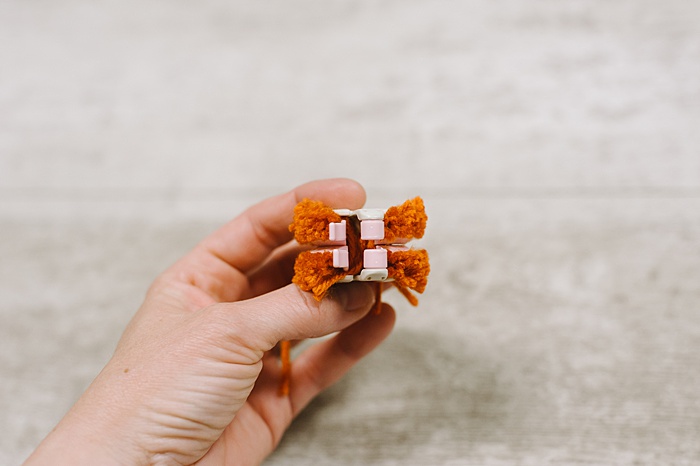 Step 9: Cut a 10” piece of yarn from the skein, and place it in the groove between the two sides of the pom pom maker. 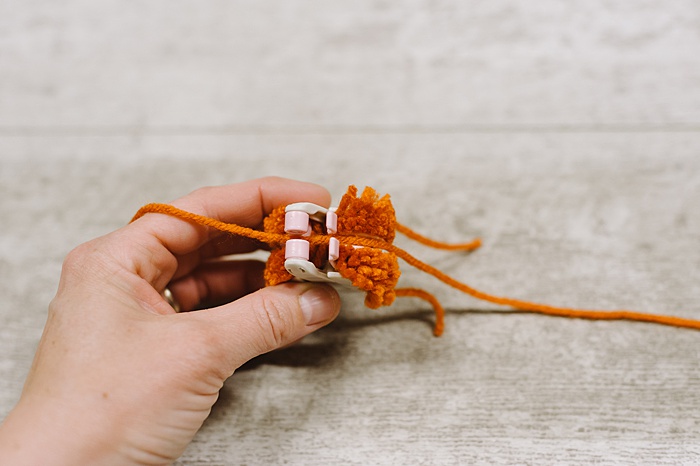 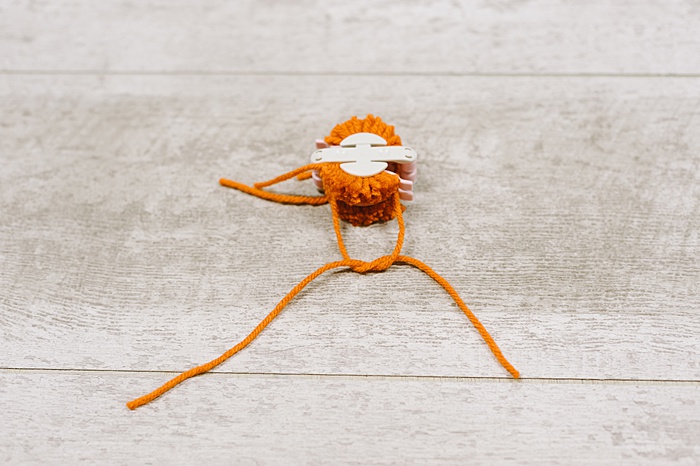 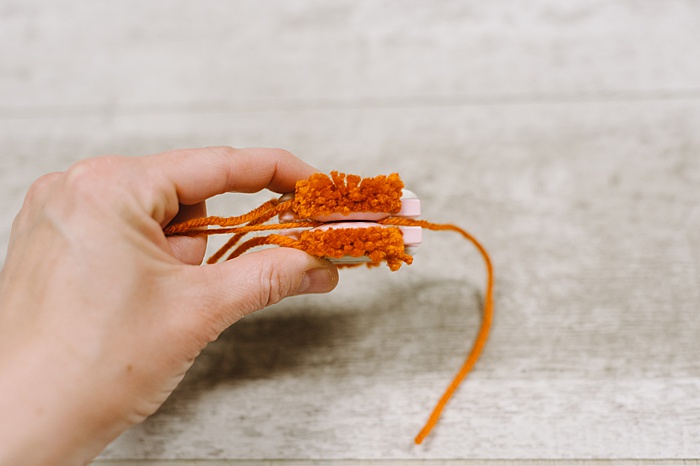 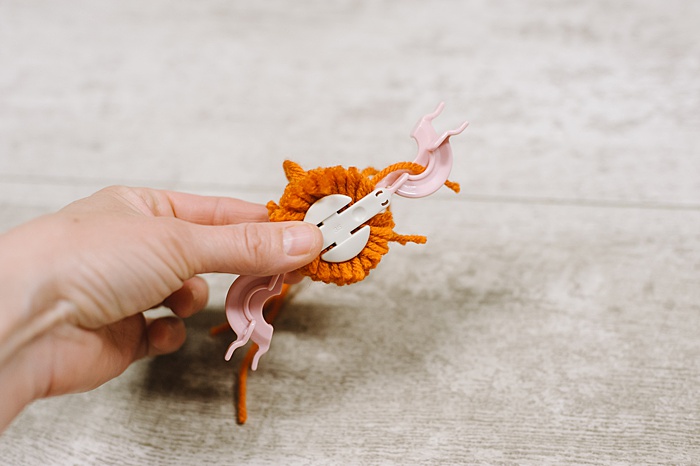 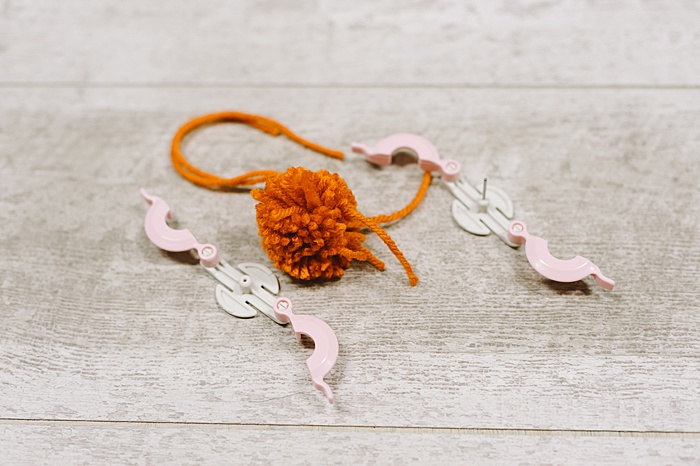 Step 12: Trim the pom pom into a ball shape. 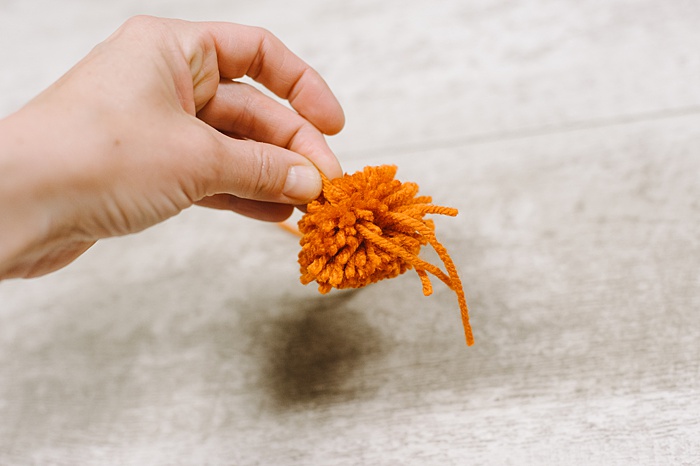 That’s it! You have made a pom pom with a pom pom maker.

How to Make Different Sizes of Pom Poms 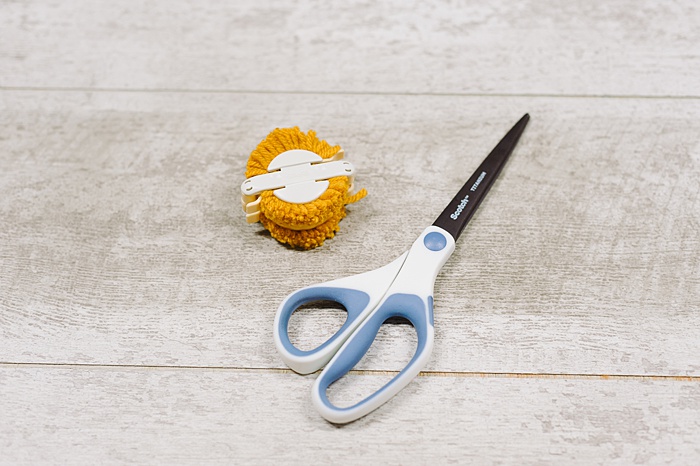 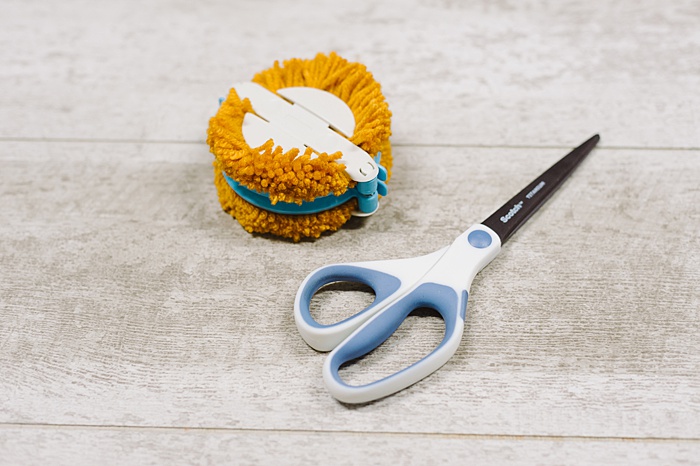 When you are cutting the yarn loops along the groove, it helps to concentrate on cutting just the first layer of loops first.

Then, you’ll see the middle layer of loops and can cut those.

Finally, you’ll see the bottom level of loops and can cut those. 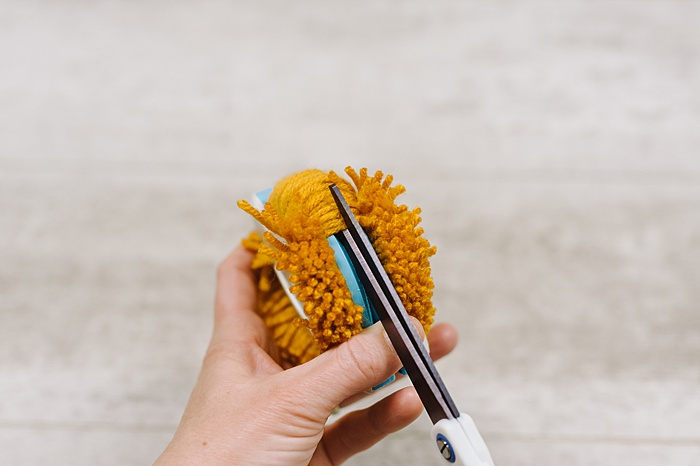 If you try to cut through too many layers of yarn loops at one time, it’s going to be nearly impossible to do. Your scissors won’t cut well, and it will hurt your hand.

But taking them one layer at a time, it makes it much easier to do and ultimately faster to make a pom pom. 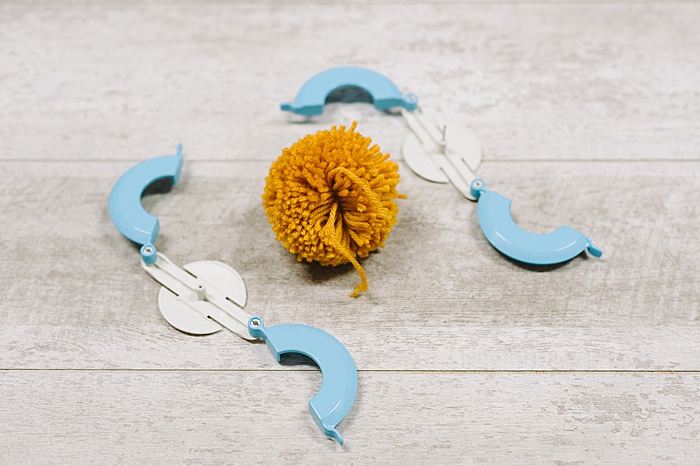 My all-time favorite method for making pom poms is still by hand, like I showed in this post here.

I find it easier and faster to make pom poms that way.

But for people who want a more methodical process, or who might have trouble with the by-hand method, this is a great option too! 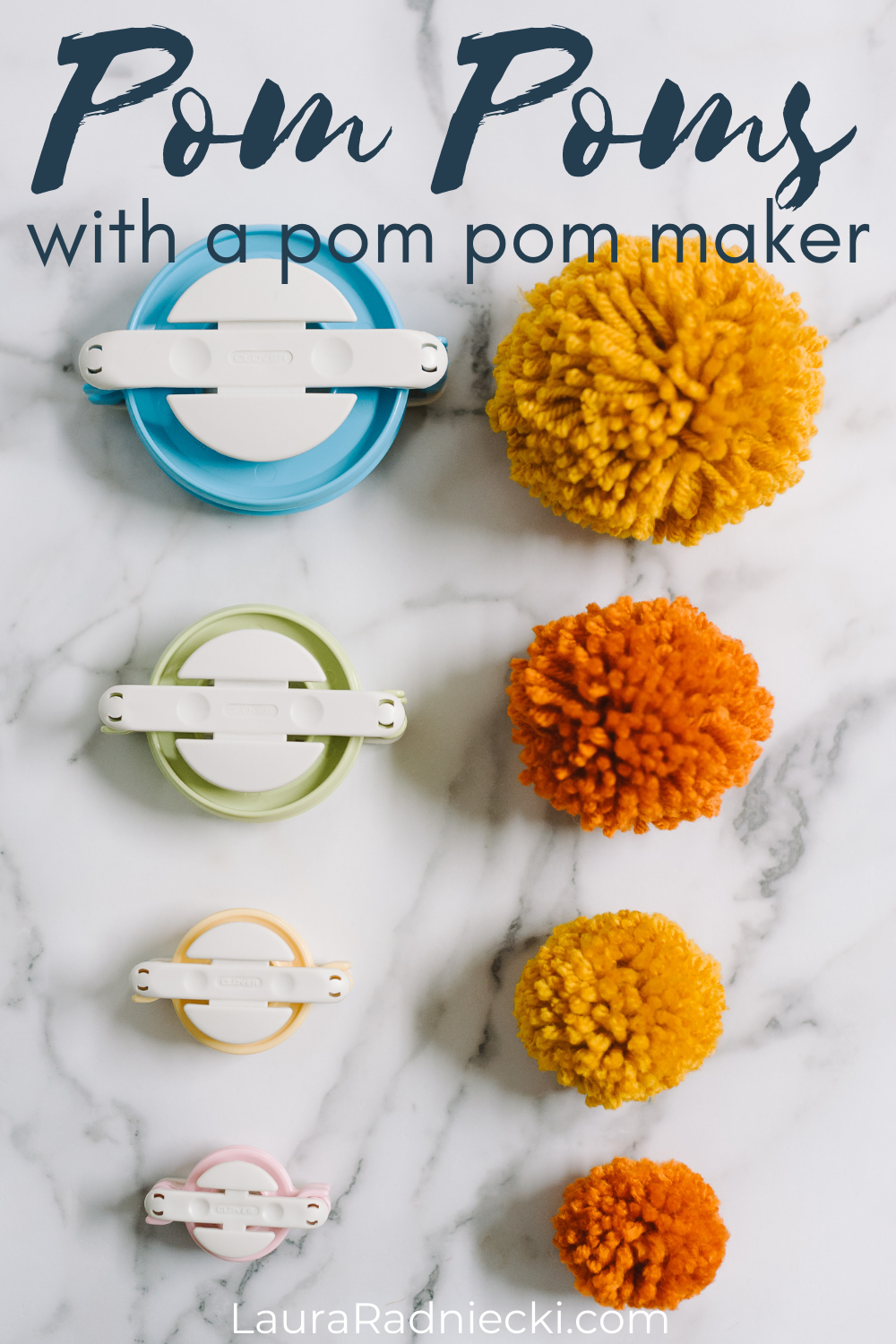 Previous Post: « How to Make a 6 Minute Zipper Pouch
Next Post: How to Make Mini Embroidery Hoop Earrings »