In the beginning of 2013, I embarked on the first personal photography project I have ever worked on.

The idea behind it was that I wanted to photograph the same thing for a year, and see how it changed over the course of that year.

We bought our first house in October of 2012, so I decided to photograph my house, from my mailbox, on the first of every month in 2013 and document how the everything changed.

I started on January 1st, 2013, but unfortunately, I accidentally deleted those photos before I could back them up. Whoops! I blame it on winter brain.

Every month on the 1st, I headed out to the mailbox and took two photos – one horizontal and one vertical. The results are below. 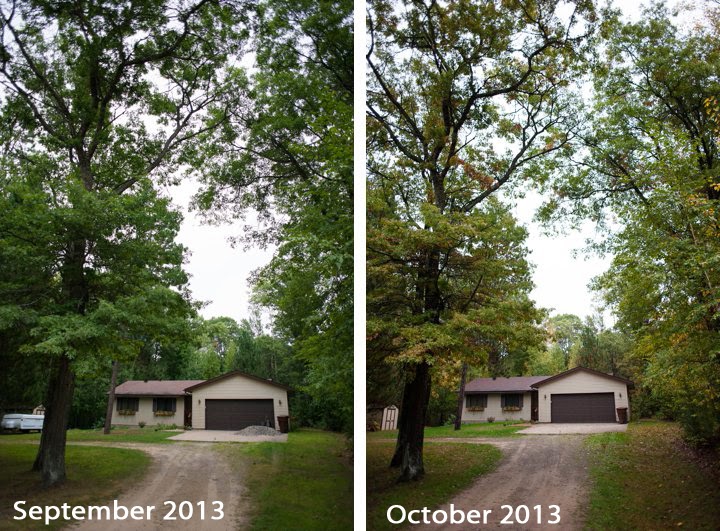 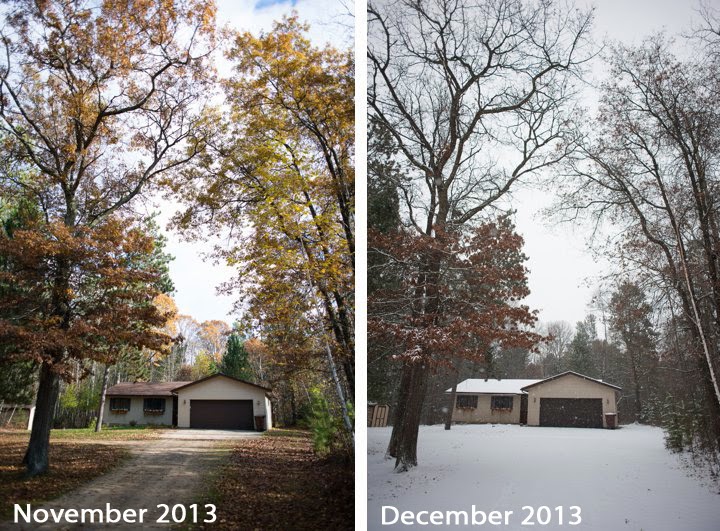 The hard part about this project was that the major seasonal changes, like the leaves budding out in the spring and the leaves turning colors and falling off in the fall happen in a matter of weeks.

The way it turned out was that in May, there were no leaves on the trees yet. One month later in June, the trees were completely green. There weren’t any photos of the intermediate times, because it all happened in the span of that month.

The same happened with the leaves in the fall. At the start of October, the leaves were really just beginning to change. There is a hint of color starting in the photos. And by November 1st, the leaves were way past peak, and most of them had fallen already.

If I were to do this again, I would be tempted to photograph every 2 weeks to capture more of the transitions. But for half of the year during winter, everything looks the same, so that would result in a lot of photos of white, bleak landscapes.

Regardless, it was fun to photograph this project through to completion and to see the way the seasons change the landscape of my home.

I also think this would be fun to have in a flip book so you could see the seasons changing rapidly in front of you.