I am sitting here with my fingers poised above the keys, wondering what exactly I want to write about tonight. My Wednesday Wonder posts have been mumbled and jumbled lately – with no clear purpose except to serve as a way to think back on what has astounded, amazed or made me stop and give thanks in the week that has passed. It seems like Wednesdays sneak up on me faster than any other day does. This one is no exception.

This is only my second post this week – I posted a sneak peak for an engagement session the day before yesterday. This stomach issue that I have been fighting this week has absolutely stopped my life in it’s tracks. It’s rather silly, really.

I have realized this past week, as I have eaten nothing but saltines, graham crackers, bread, yogurt and a little bit of rice and mashed potatoes, and fought with constant nausea and stomach pains that I am not the type of person that can carry on with life when I feel crappy. Well, maybe I am, but I haven’t been able to do that very well this past week. For 4 days, I wanted nothing to do with the computer, my camera, or anything involving technology or business. I wanted to close my eyes and lay in bed. I did just that. Thank goodness my husband is on his school break – he has helped me keep my sanity this past week. Not the most fun he could imagine for his break, I’m sure, but I’m thankful that he has been by my side to take walks with me and fetch me crackers and water when I need it. 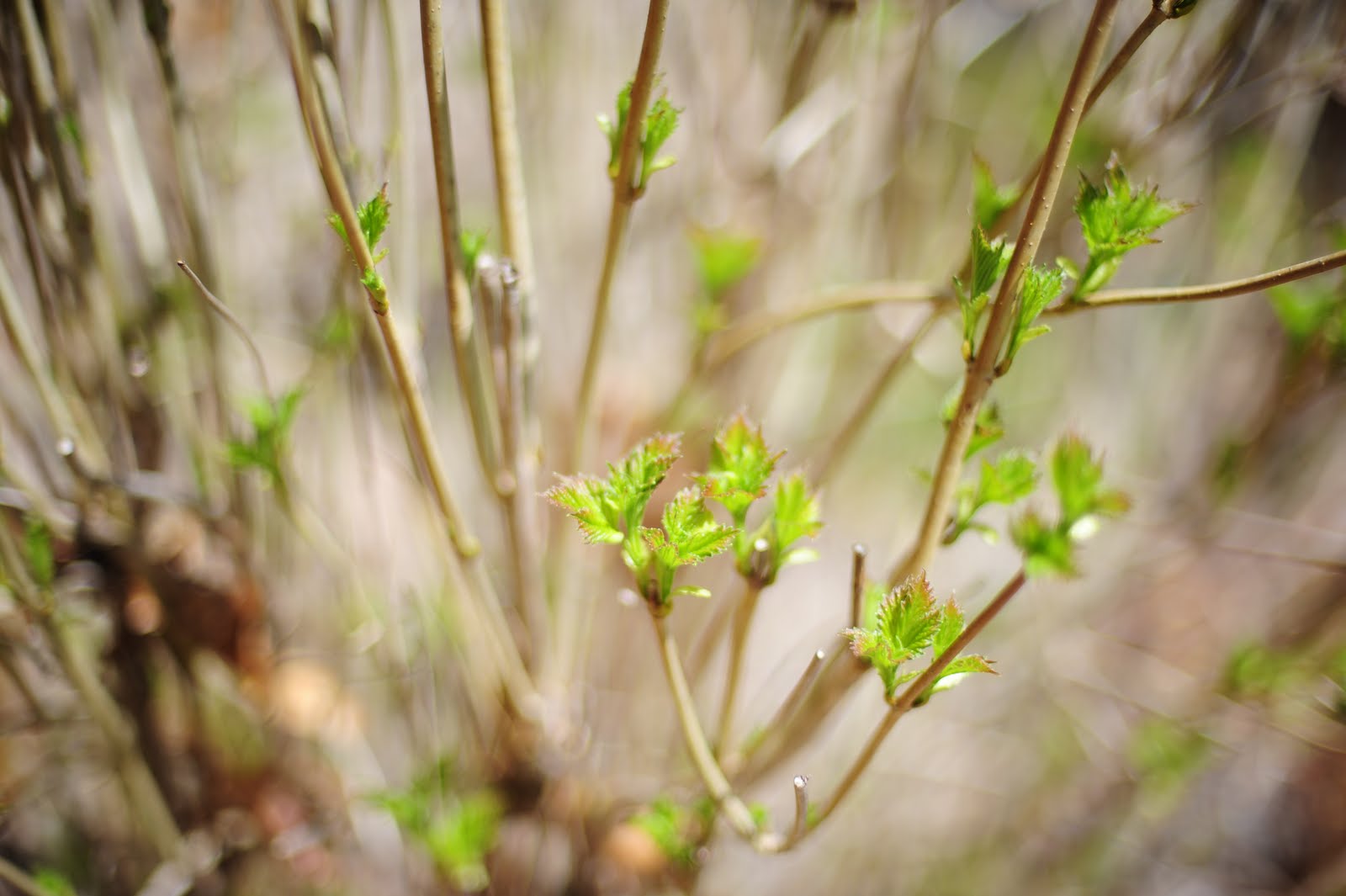 I have been wallowing in self-pity lately; I must admit that. I have felt like I couldn’t talk to anyone on the phone, answer any emails, or even think about picking up my camera because I have been focusing on how my stomach hurts and how frustrated I am that I don’t know what the problem with my stomach was. I still don’t. I don’t know if it’s viral, if it’s gastritis, if it’s h. pylori or maybe something else. Next week, I’ll hopefully get some answers. No, I’m not pregnant – I know that’s what most of you are wondering.

Anyway, I have started to make myself go on with life. Granted, I have felt a little bit better as each day passes and I have upgraded my diet from solely crackers to now having some toast and feeling ok with it. That’s progress. I have started to breath through my stomach cramps and nausea and just go on with whatever I was doing. Or Matt and I go for a walk – I have felt much better outside. I have felt more like my ‘old’ self, despite not even being able to think about eating anything I used to eat. Saltines, graham crackers and bread are pretty much all I’ve got right now. I can’t believe it’s only been 6 days. It has felt like a MONTH.

On a side note – I haven’t had a pop in 6 days. I’m serious – it is a record. And I have barely even had a headache in the process. Go me! [But you better believe that once I have figured out what my issue is and my appetite comes back, I will be drinking the Dt Mt Dew that is sitting in my fridge right now!] 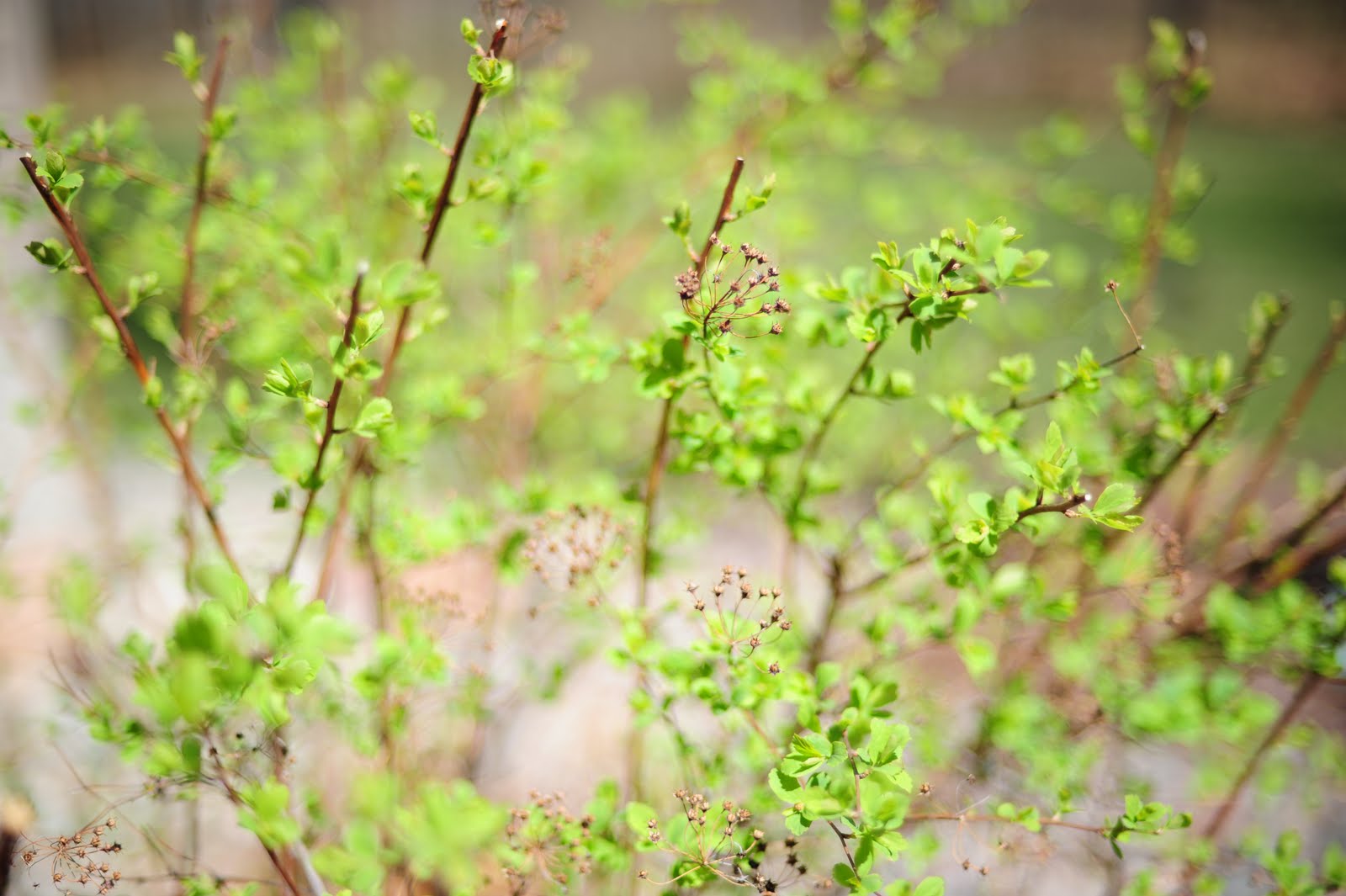 So, needless to say, it’s been a very frustrating week for me. I’ve felt discouraged, sad and depressed. I’ve wondered if I will ever feel better, and I’ve wondered if I’ll ever be able to eat at Applebees or KFC again. I know, I sound melodramatic. But I seriously haven’t felt this crappy for this long, ever. It’s been a hard week.

Last night, I had a [totally obvious] revelation.

Last night, I realized that so many people have it so much worse than I do.

I have stomach pains. And no appetite.

Yes, I feel crappy and I’m not used to it. I’m not used to eating only crackers and breathing through hot flashes of nausea. But I’m not dying. I shouldn’t be acting like I am. 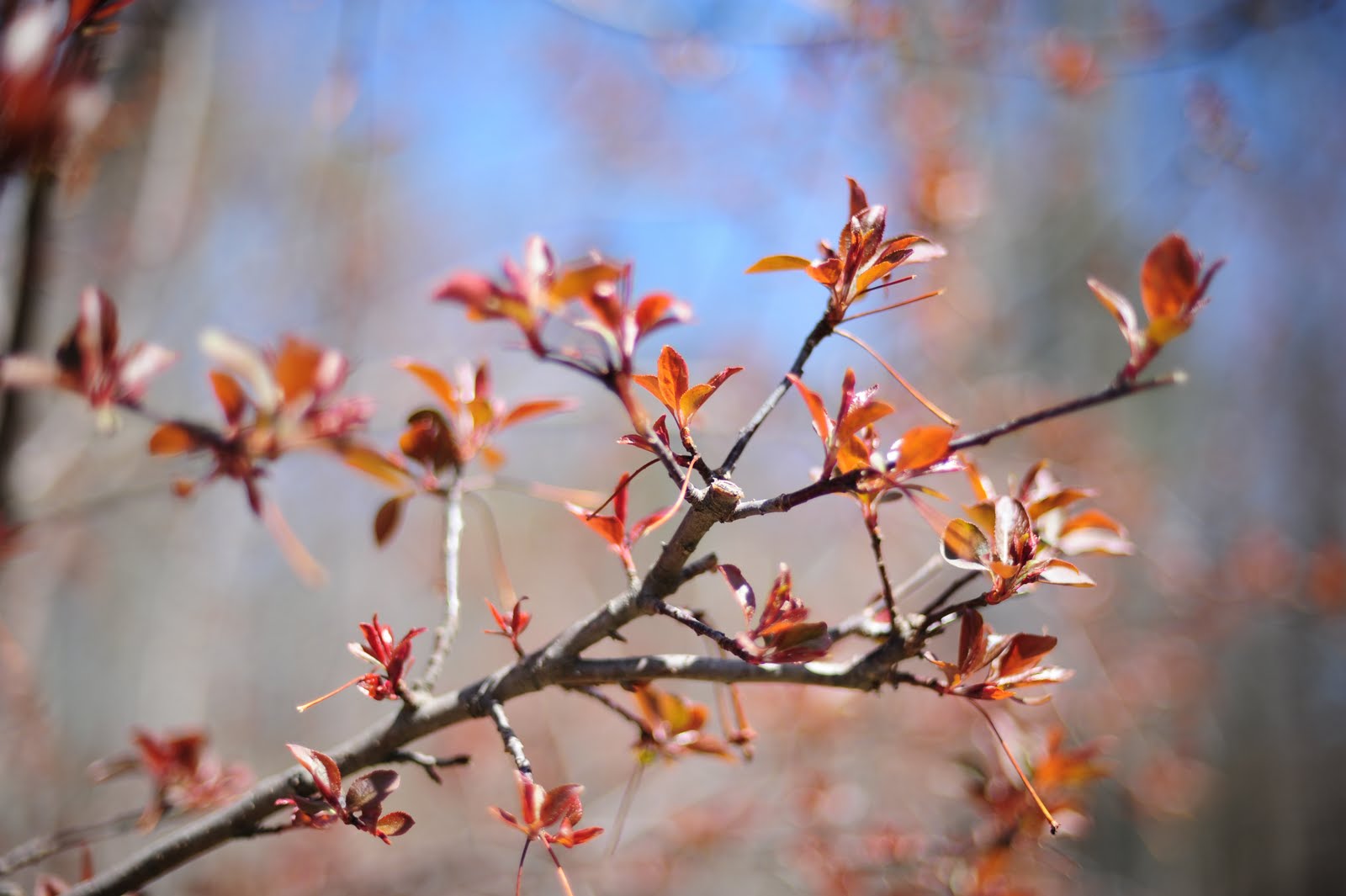 Truthfully, the main reason why I started thinking about this revelation was that for the 10,000th time since the beginning of April, my mind returned to the Marine wife who is now a Marine widow since the death of her husband, a Marine part of Matt’s former unit – 1/3. I wrote about it HERE and HERE in the days following his death.

I cried a lot in that first week for Curtis’s widow and for his family that were left behind to grieve. I know that my tears don’t even touch the surface of what those close to him shed. I have found myself going back to the facebook page that was created in his memory and reading the comments that people left about him, for his family. I have read the posts from his family and from his wife, and I can hardly breathe while I do so. It hurts my heart so much, and it’s not even my life. It’s not my husband. It’s not my family.

I was sitting in the boat yesterday, with my husband and my dad, while we were crappie fishing. I was thinking about my sickness as my stomach cramped up into a knot, and then I looked over at my husband, casting his lure into the water. Standing there in his cut off shirt that has so many holes in it, it looks like a moth buffet line. I smelled the sunblock on his skin. And I was filled with thanks.

Then I thought of the sweet Marine wife who’s heart will never be the same. I thought of what her last 7 weeks have been like, in the aftermath of my absolutely worst nightmare EVER. I thought of what it must be like to look down at your wedding ring and know that he’s never coming back. My stomach didn’t seem so important after that.

Today, I was again checking the facebook group for Curtis. I was looking at photos that were posted of his family, and of his wife. I looked at a photo of his wife, taken recently, in the days since his death – and while looking into her smiling face, I cried. I cried for her, for her shattered dreams and for her pain. I cried because she’s younger than my little sister, and yet she knows more pain than most of us will ever have to endure in your lives. I cried because not even my worst enemy deserves to go through what she has.

Yet I was thankful, looking into her smiling eyes. I was thankful that she has the ability to smile, despite the storm she’s weathered since the first few days of April. I was thankful that the family of her Marine have surrounded her with love and support, and thankful that no matter what happens in her life, she will always be their daughter. Their son’s wife. I honestly can’t even imagine myself in her shoes, and so I am thankful for the strength that she has to get herself out of bed each day and face the world.

As they say, the world doesn’t stop for your grief – and that’s true. The world keeps on moving, things keep in happening. It’s our choice whether we decide to live life or to let it slip by. This sweet widow is making the choice to live.

I’m am going to make the choice to live too. 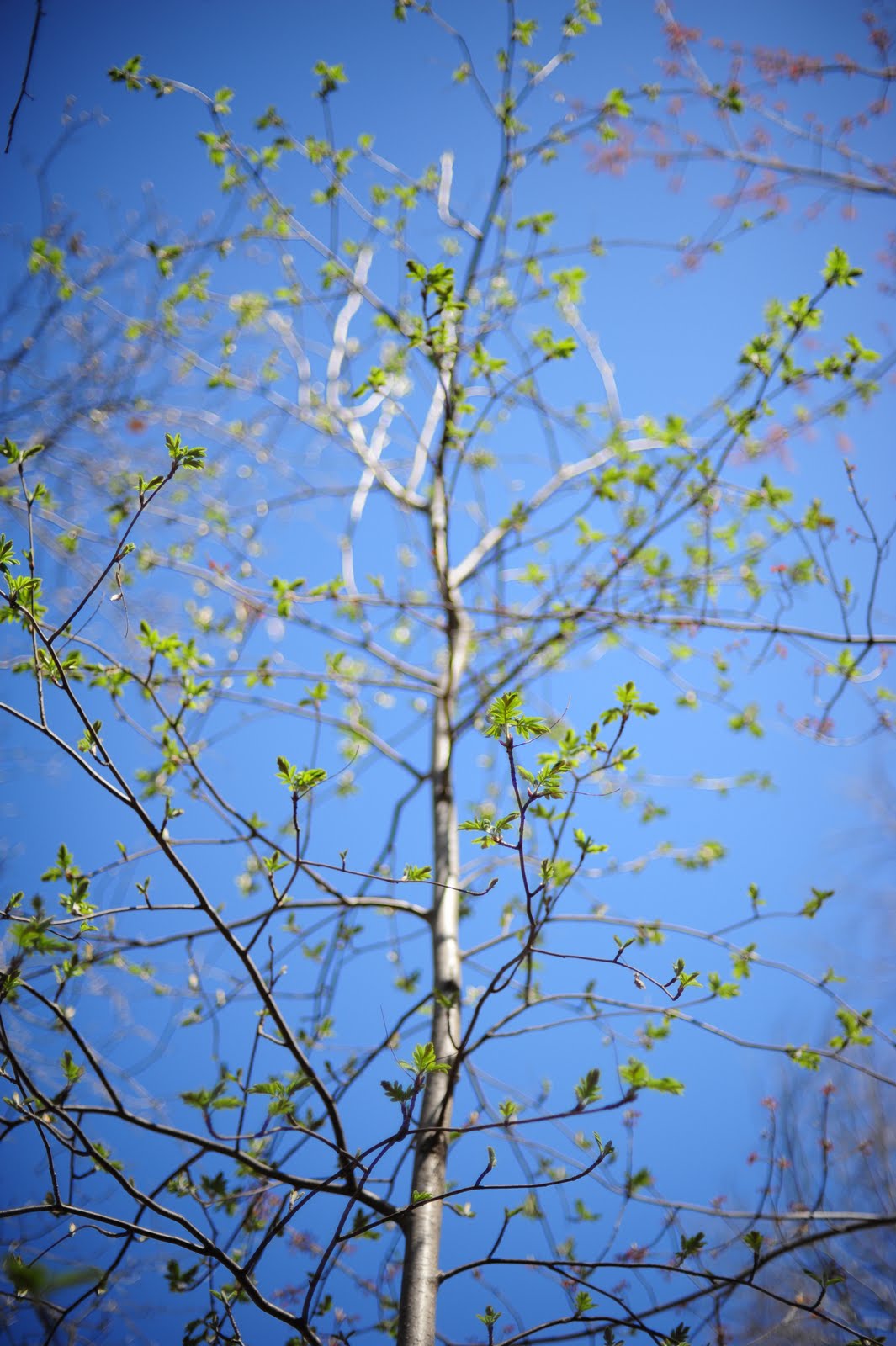 I knew even before I started to type this post that it would be a big, rambling messy mush of emotion and words, much like my mind has been this past week. If you have read it all the way through to the end, you are the sweetest on the planet. Thank you for tuning in time and time again to read whatever spews forth from my mind on a given day. You are the backbone of this blog.

Here’s to living life. On this Wednesday, let’s give thanks for the blessings in our lives and send out some prayers to those who so desperately need them.

P.S. If you’re a regular blog reader, you might recognize these photos from earlier this spring. I must confess, I’ve posted them before – they are from early April. I needed some eye candy and I didn’t have anything new. Oops! Thanks for reading anyway.