I’ve gone to this show every year since she started skating, aside from last year. Last year, Matt and I were adjusting to living in the same house time time, last year, as he’d just been back from Iraq for a few days.

I’ve been a big supporter of Ashley and all of her activities. Matt and I started dating in 2001, when Ashley was 13 months old. I’ve watched her grow up from not even being able to pronounce my name, to being in third [THIRD?!?!] grade. I can’t believe she’s that old already…

Anyway, she had her skating show today. She’s involved in a lot of different activities: swimming, dance, gymnastics, and skating. She loves them all, and is good at each one.

Ashley, in one of her costumes. She is so pretty! 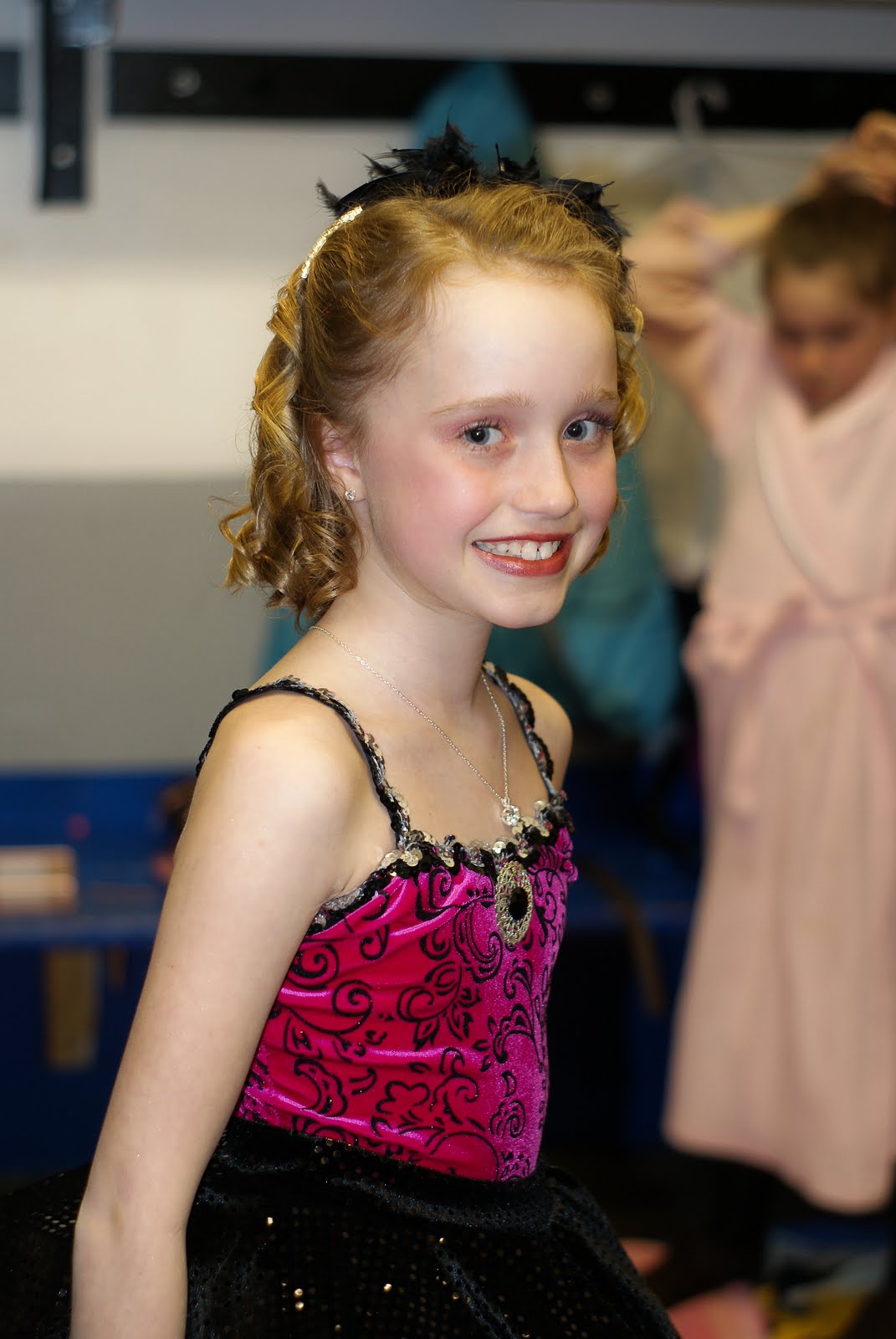 The theme this year was Broadway. All of the numbers had to do with Broadway plays. 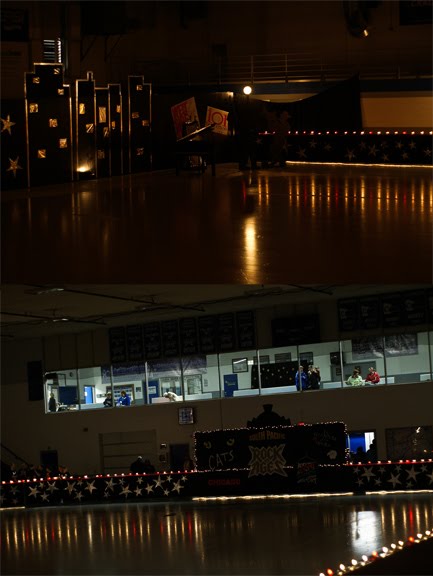 Her first number was “Diamonds Are A Girl’s Best Friend.” She was blinged to the max with diamonds around her neck, on her wrist, in her fingers, and glitter in her hair. 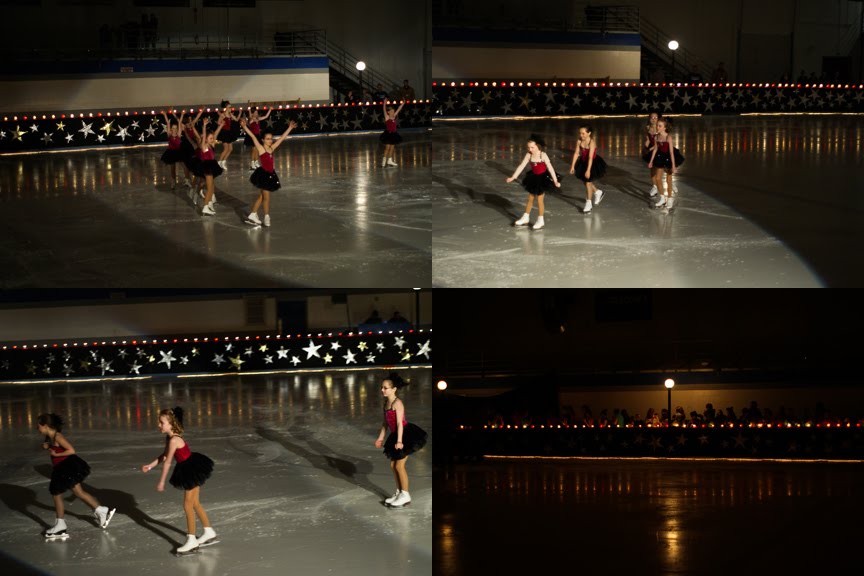 Other numbers involved the Wizard of Oz, the 101 Dalmations, and a variety of others that I forgot already. [I didn’t buy a program.] I was sucked right into the ‘Snow Plow’ group. They are probably 3 years old, maybeee 4. So. Darn. Cute. 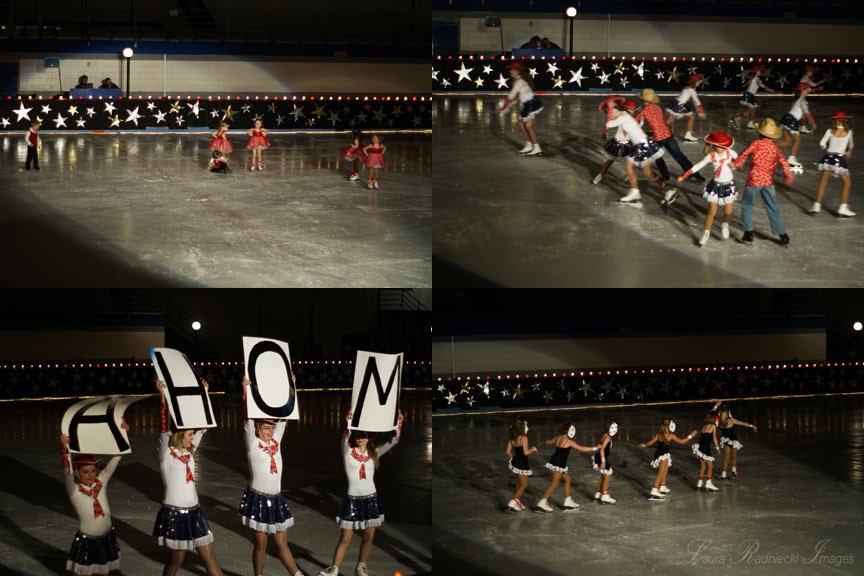 Here is Cruella Deville, doing her thang on ice. 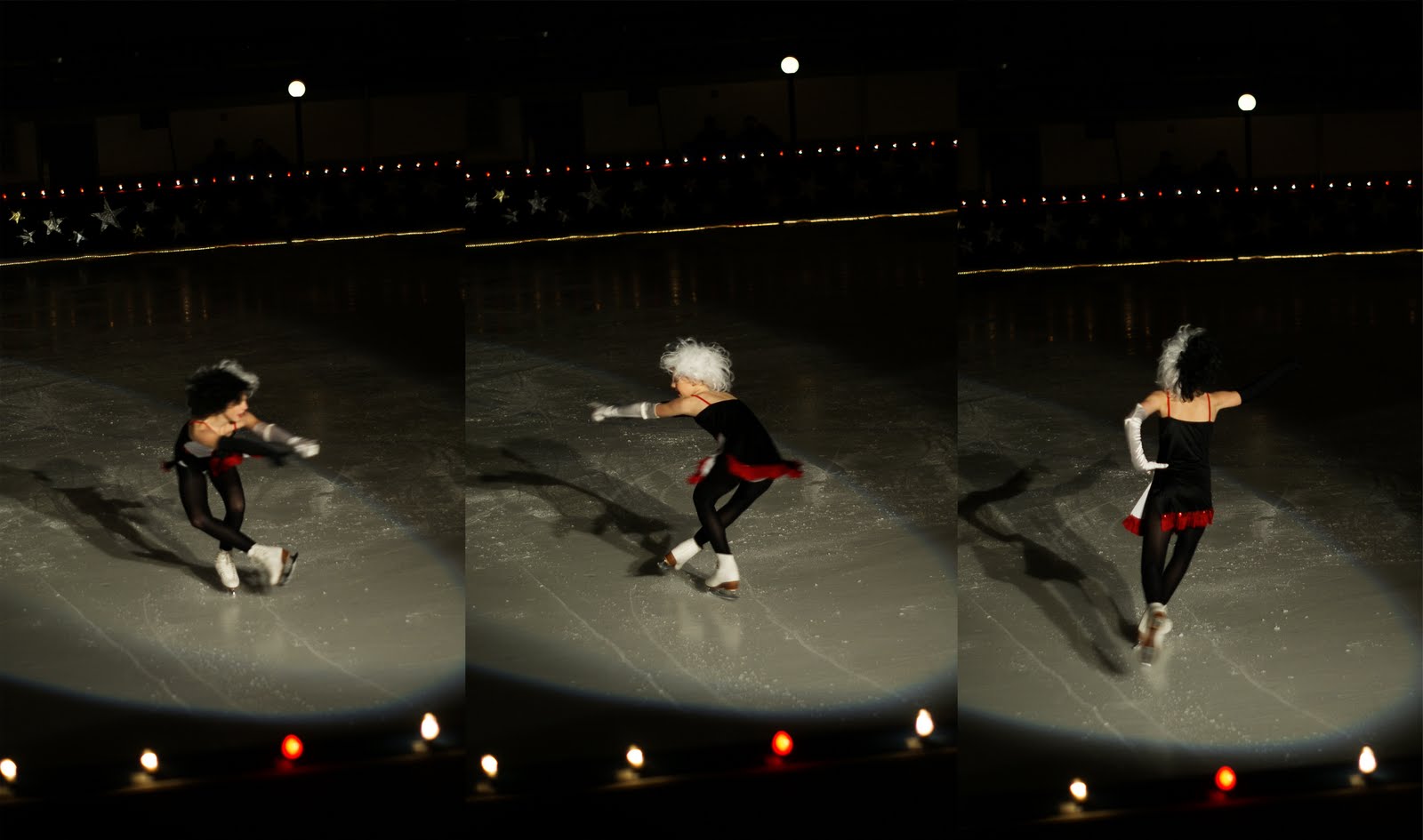 These darlings are skating to “Ding Dong, the Witch is Dead.” I think I just died. Look at those tights!!! 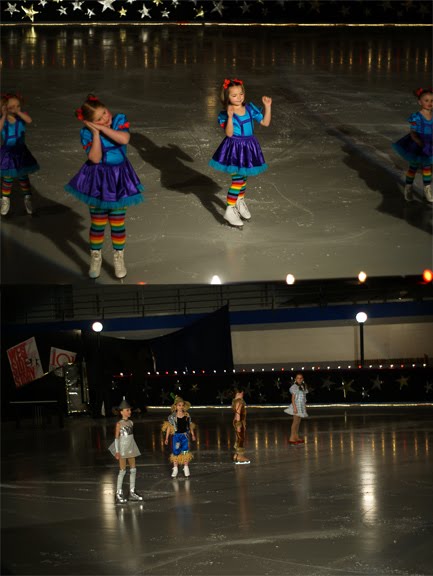 Intermission came and I told Matt to “get me a treat.” While he struggled against the crowd, I caught up with my brother-in-law Tyler [15 years old.] He’d had his first behind-the-wheel for driver’s ed that morning, so he was telling me how that went. I tried to get a picture of him, but this is all he allowed me. Ugh. Boys. 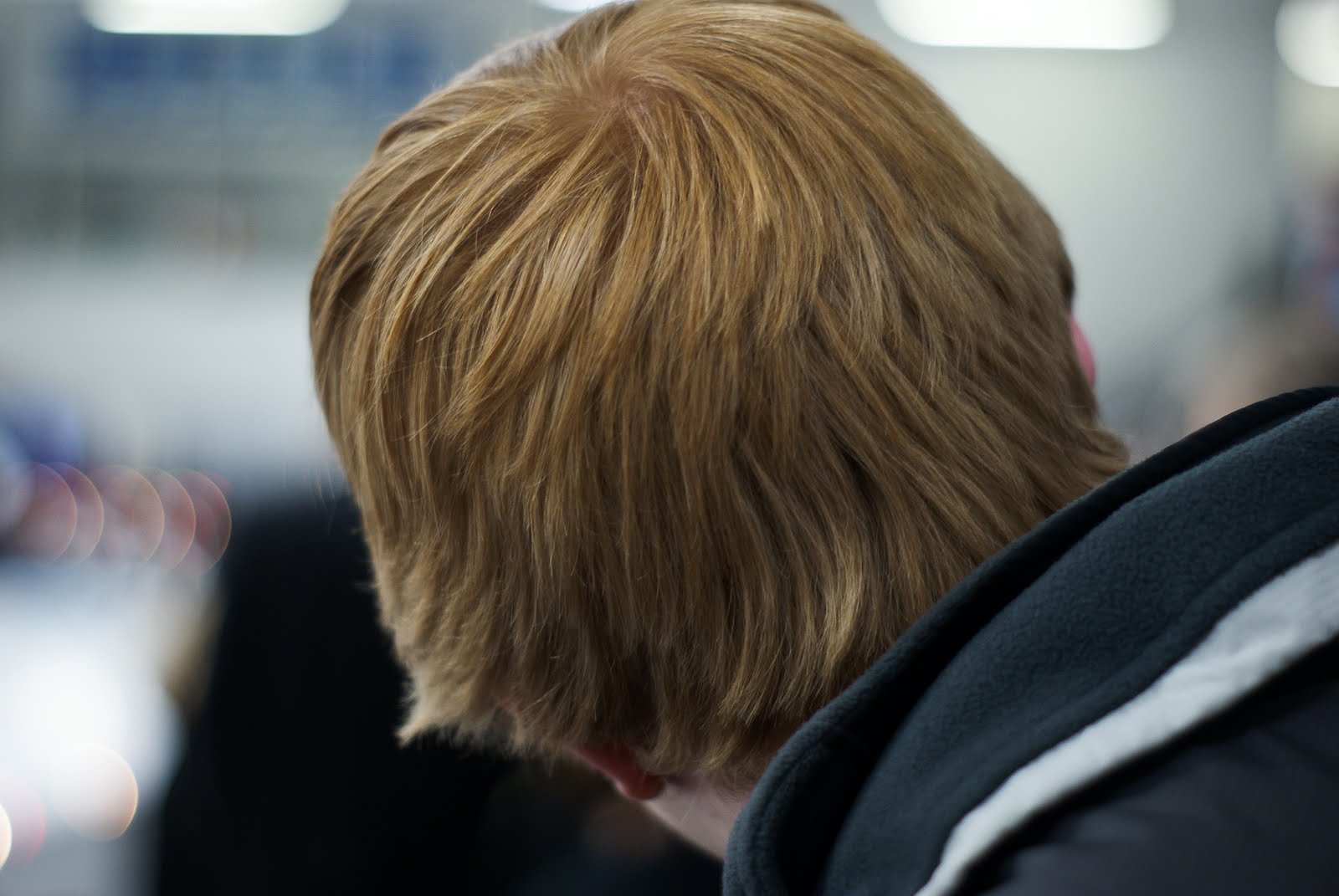 Then, I see Matt walking over to us. I’m thinking in my head – I wonder what kind of treat he got me? Skittles? Chocolate?

He got closer and this is what I saw. 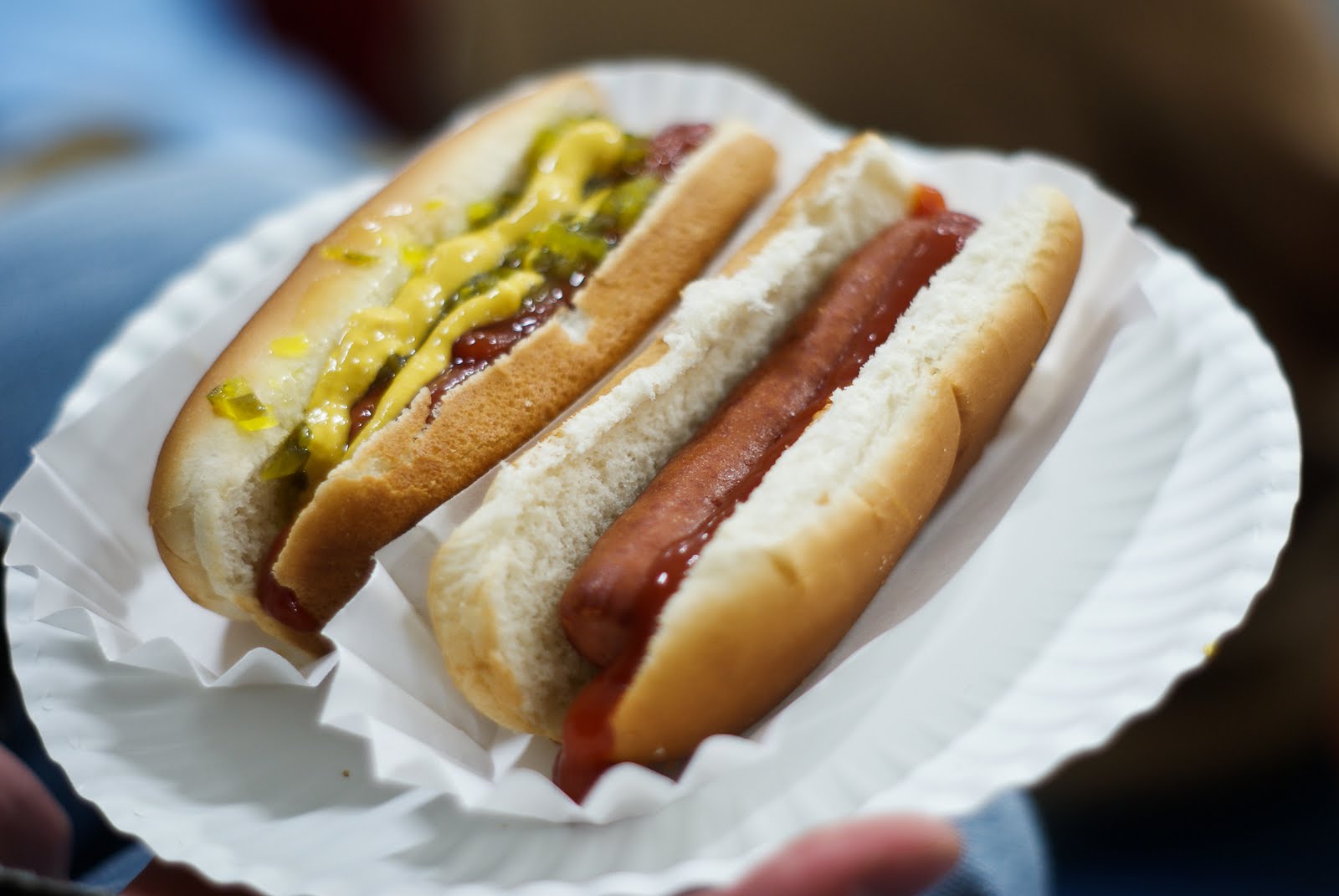 A hot dog? Are you serious?

I don’t have anything against hot dogs; that’s not it. I was just expecting a TREAT. To me, hotdogs=food. Treats=sweets, candy, yummy sugary things. Am I wrong?? 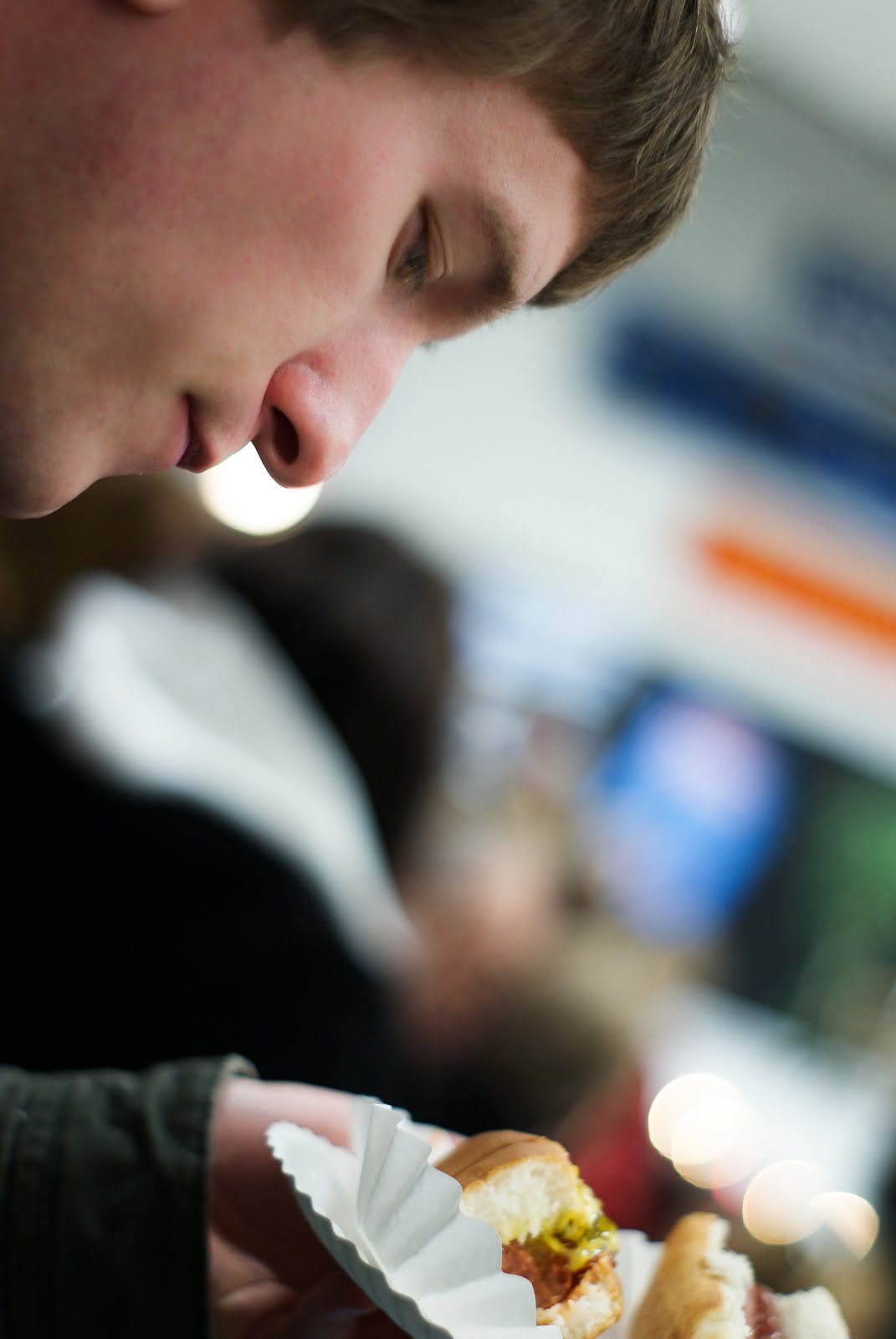 After 5 minutes of complaining, I ate my hotdog and was pleasantly surprised by the goodness of it. It wasn’t skittles, but it did taste pretty good.

Thanks for braving the crowd and getting me a hotdog, Matt. I love you.

Then Ashley had another skating number, for her more advanced class. This one was to “All That Jazz.” There was a lot of attitude, hips swinging, curls bouncing. I loved it all. 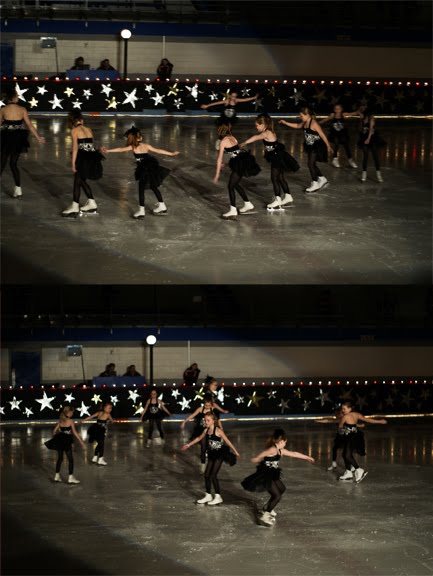 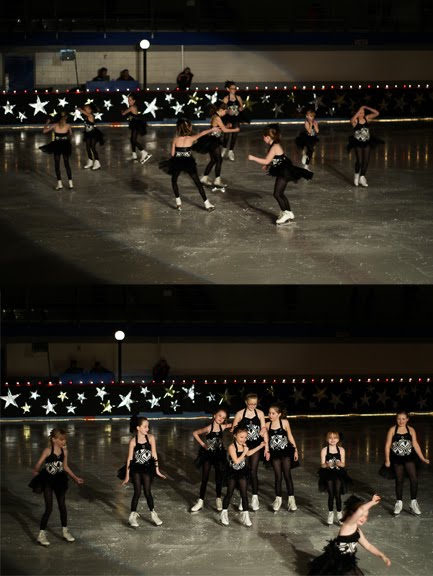 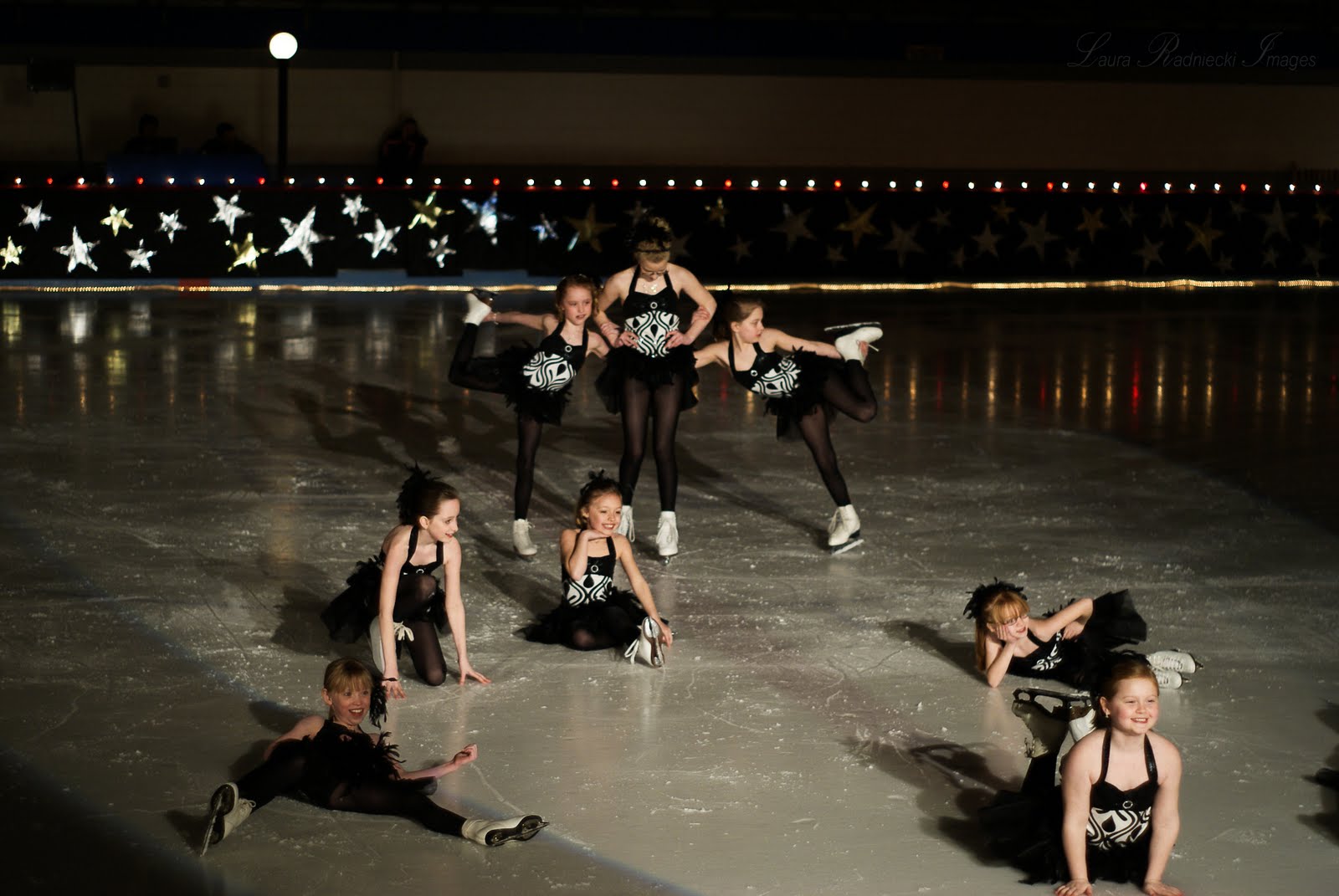 Then, the finale came and all the skaters got to free skate around the rink. Ash came out onto the ice and was slapping the hands of other skaters. I could hear her saying ” ‘Sup. ‘Sup.” Sup? She thinks she’s a thug, I guess?

While the herds of people started to exit, we waited and watched the kids skate. I tried to grab a few photos of Ash and what did she do? She snubbed me!!! I saw her look at me, then turn her head real quick so all I could see was her hair [kind of like her brother??? TYLER.] and then after 10 seconds, she’d look over at me and laugh. The little punk! Growing up with two boys definitely made her a little feisty!

I can’t wait to continue to watch her as she grows up. It’ll be hilarious when she starts to date boys! [If Matt and Tyler ever let her date boys, I mean?] 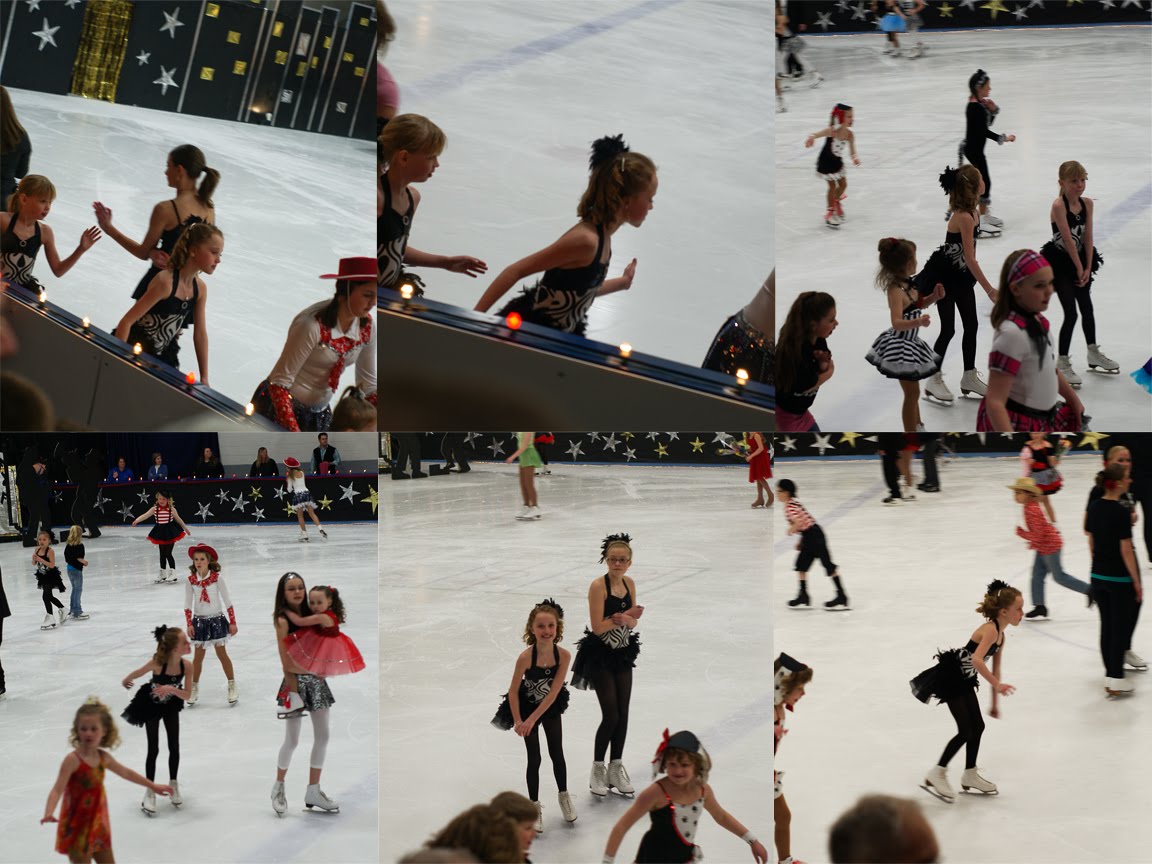 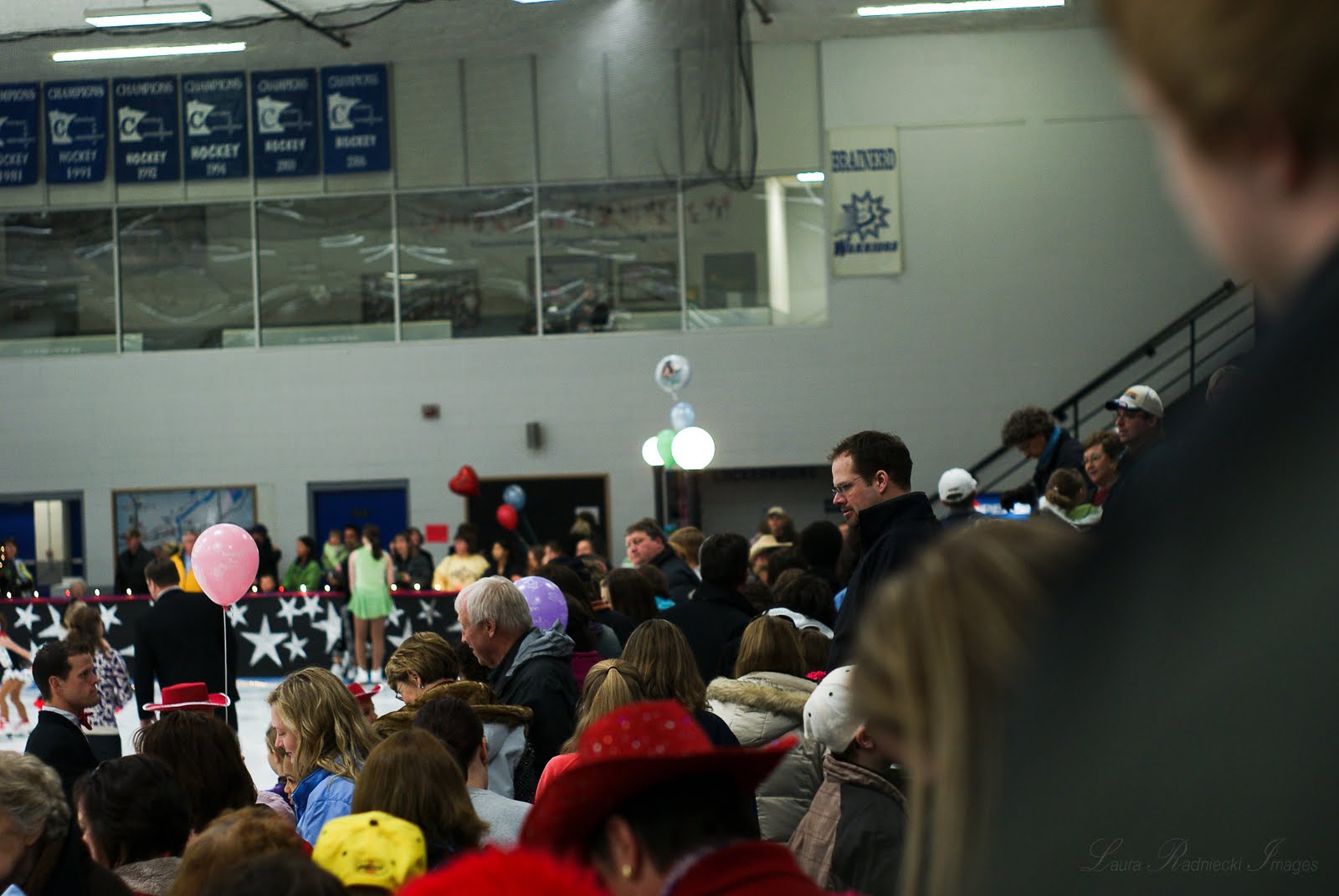 Events like this make me excited for when Matt and I have kids of our own. For now, Ash and Ty’s events do just fine.

I hope you had a lovely Saturday. Lots of family time, perhaps?