Because Remy is a poodle, she will require regular grooming throughout her lifetime to deal with her curly fur. As part of the socialization period, we decided to introduce her to the process of grooming as a puppy so she’ll be tolerant of it as she grows up. 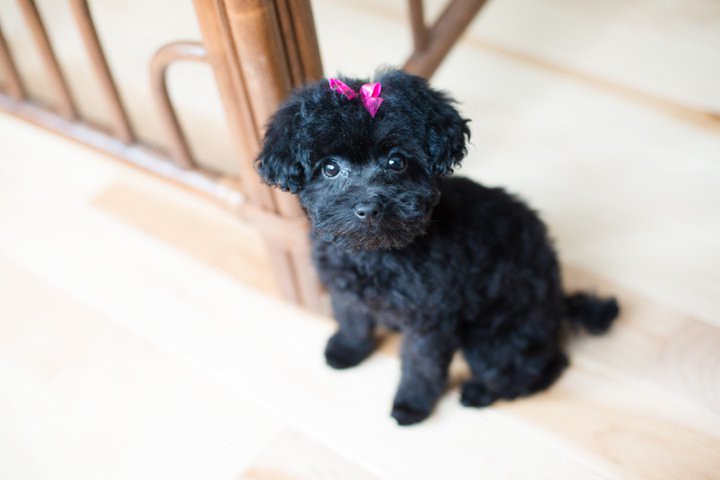 They trimmed up her fur all over her body, as well as around her eyes. They brushed all of her curls out to prevent it from matting, and clipped her nails and trimmed her furry ears. They also trimmed up the hair that was growing out in between the pads on her paws, which was causing her to slip and slide all over our wood floors. She would run for a toy and wipe out every time!
Truth be told, I think she looks cuter as the fuzzy teddy bear, but she sure is cute both ways. She’s a hyper, spunky little tomboy who loves to eat pine cones and sticks though, so the pink bow seemed out of place. I waited until Matt came home to see it before I took it out.
It took a couple days and then her hair was all curled up again. Three weeks later, she’s back to being a fuzzy bear again!
Matt’s allergies haven’t been too bad unless he lets her lick him. He’s had some bouts with hives on his hands and neck if he lets her lick too much.
The vet told us we could give her weekly baths to decrease the dander in hopes of warding off some of the allergies, so we decided to give it a try last week.
We filled the tub, put her in and started sudsing and rinsing. 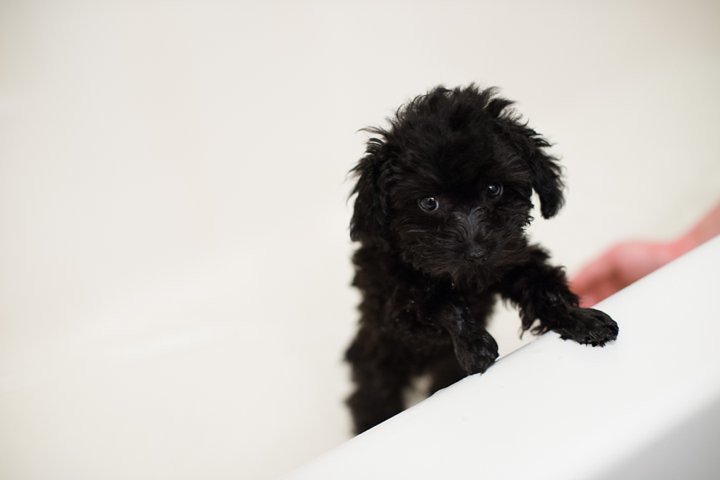 Do you know what a poodle looks like wet? 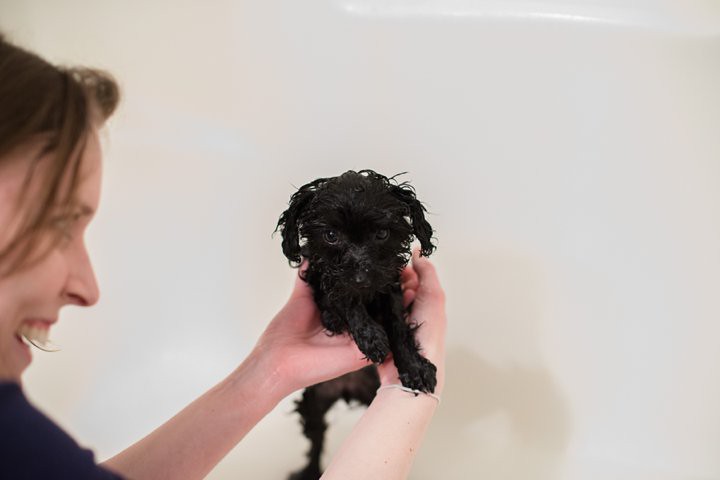 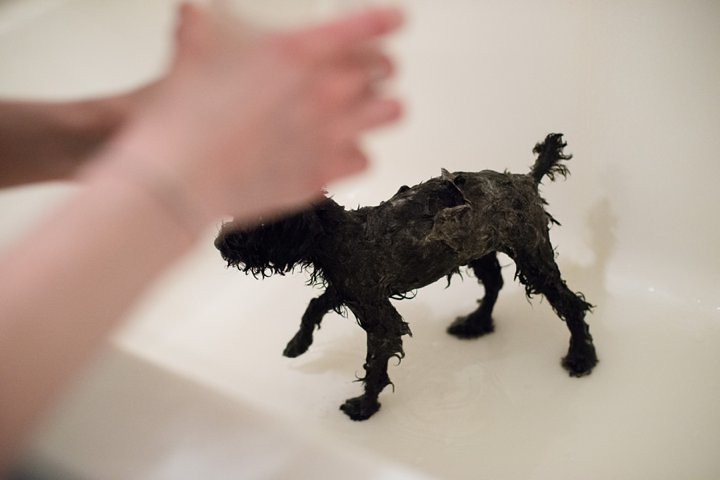 It’s a tie between a drowned black rat and a little fragile old man.
I couldn’t control myself, I was dying with laughter.
She was shaking from adrenaline and maybe because she was cold, and I couldn’t stop giggling. Poor Remy! 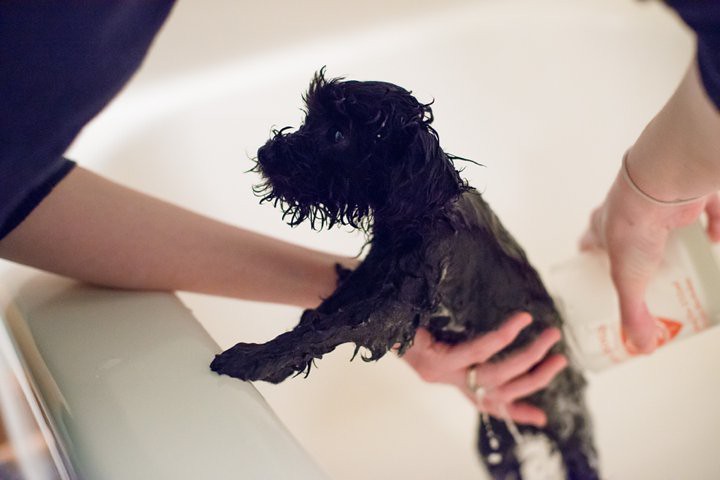 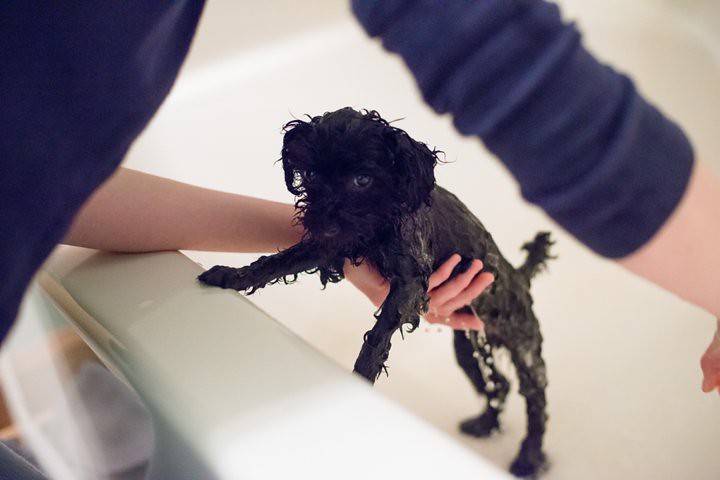 We’ve given her two baths now, and both were succesful. We even used the blow dryer to dry her off, per instruction from the groomer. She was pathetically tolerant and went straight to sleep after the whole ordeal was over.
Let’s hope we can train her to like swimming in the lake this summer! Then other people can enjoy the sight of wet Remy too!

P.S. – Does anyone have any tricks for getting rid of doggie eye boogers? The vet said a warm wet washcloth, which works alright with some coaxing. Remy’s eyes water a lot and so it seems like she always has a goopy face. I think it’s kind of gross so I’m pretty vigilant in trying to keep it clean.

Not sure if there are any miracle cures/fixes for that? I’d love to hear if you have any tricks!