A few weeks ago, I mailed out the invitations for Raleigh’s first birthday party to our family.

I think every mom feels this way, but as his first birthday approaches, I am finding myself a mix of happy and sad.

I am LOVING the stage he’s in right now, but there’s an element of bittersweet sadness in saying goodbye to his first year.

I feel like he’s inching toward the toddler years and leaving behind babyhood as I frantically try to absorb and memorize everything about him right now.

Seeing him grow is truly such a gift.

Watching him get older and change is bittersweet, yes. And I am sure there are lots of emotions and tears ahead for me. But I have to remind myself of what a privilege it is to be able to watch him grow.

Getting older, for all of us, is a gift. 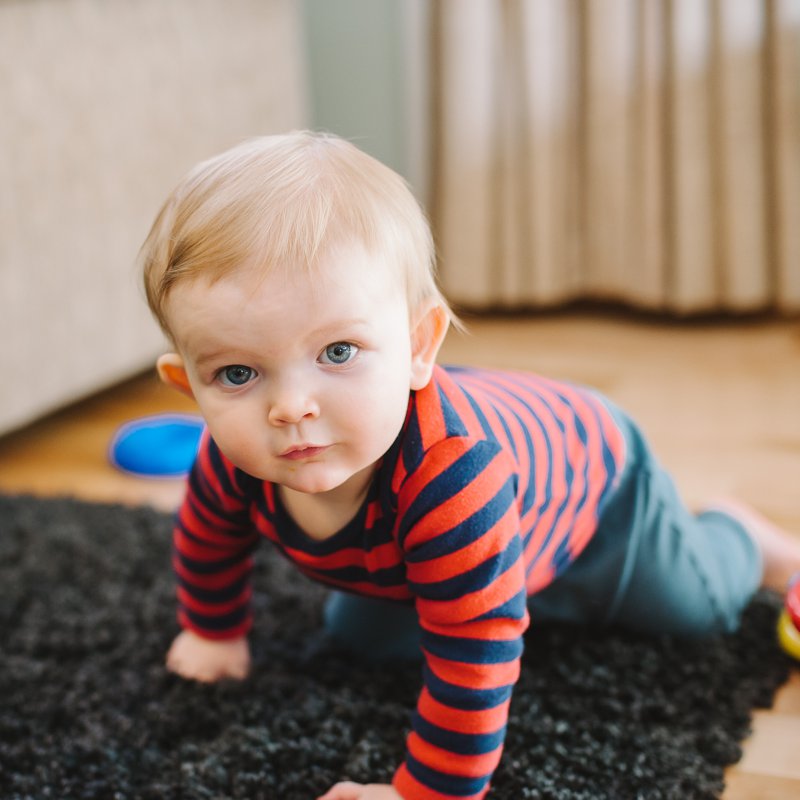 Took his first steps – Last weekend, we were at my sister’s for my niece’s baptism. Matt and I are her godparents which is so fun and special! While we were there, my mom enticed Raleigh to take his first solo steps and we got them on video!

Says four words – His brain must be going through crazy development right now because he was only saying “Dada” until this last week. As of today, he can say Dada, Uh Oh, Cracker and Mama. He’s the most selective with saying Mama, but it’s not for lack of trying on my part!

SLEEPING THROUGH THE NIGHT – I’ve been blogging about hiring a sleep consultant and our journey working with her so far in these Part 1 and Part 2 sleep training posts. I am thrilled to report that Raleigh is now sleeping through the night! I haven’t fed him during the night or gone into his room to soothe him in over a week. He sometimes still wakes up and cries for awhile. Last night he did that twice for 5-8 minutes each time. But that will continue to get less as time goes on. My baby is sleeping through the night, FINALLY! 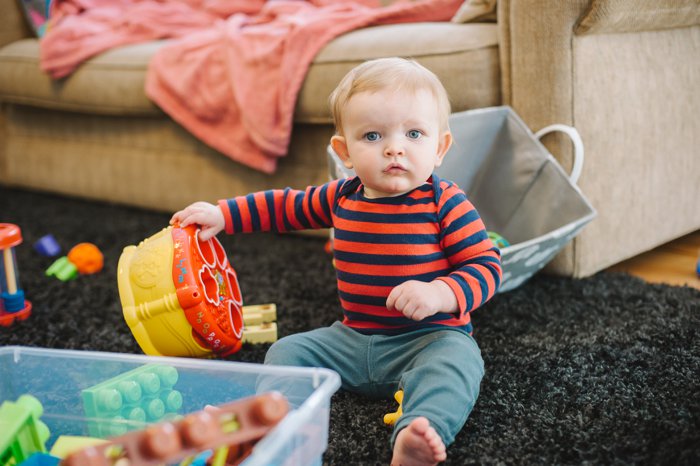 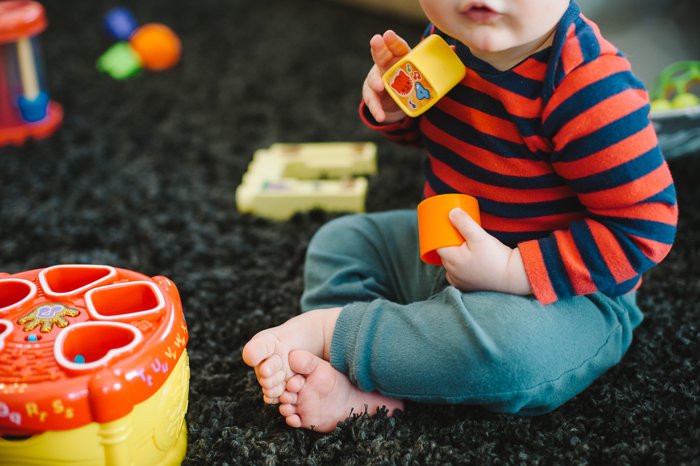 Besides taking his official first steps, sleeping through the night and saying four words:

Surviving a fall down the stairs in mama’s arms – This week, I was carrying Raleigh down to the basement, holding on tight to the railing, and I slipped down the bottom 2 or 3 stairs. Raleigh was fine, just scared. I smashed and scraped my back against the steps and have a 7+ inch bruise to show for it. I pulled an ice pack left over from my c-section out of the deep freezer in the basement right away and that helped to keep it from being much worse, I think. God was sure watching out for us. I have non-skid sandpaper-textured tape coming from Amazon to put on the stairs.

Getting ashes on his forehead at Ash Wednesday mass – It’s Raleigh’s first Lent! 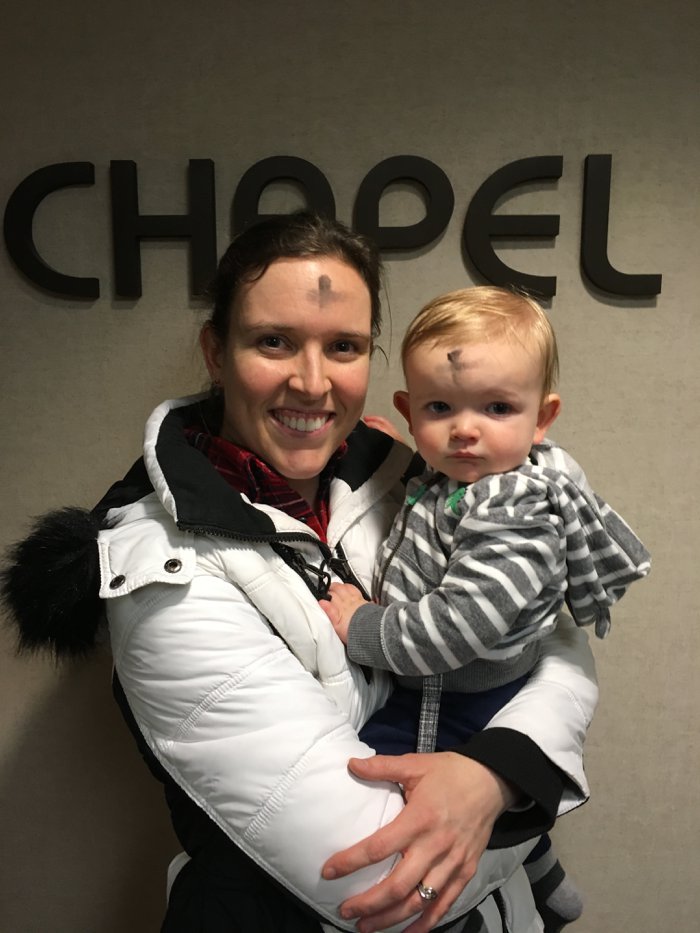 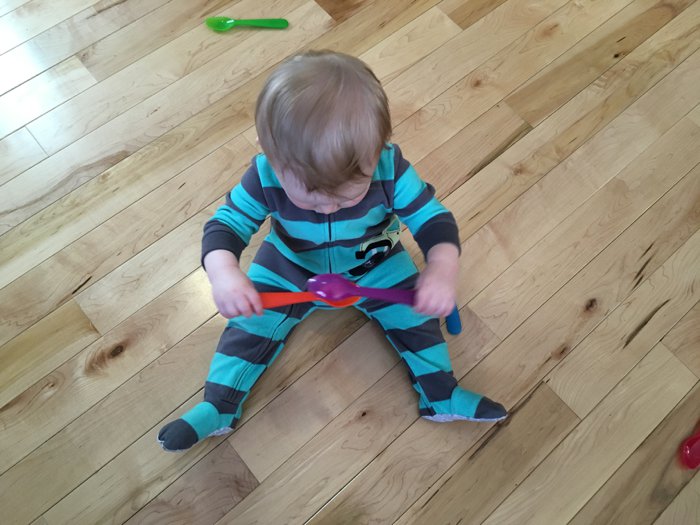 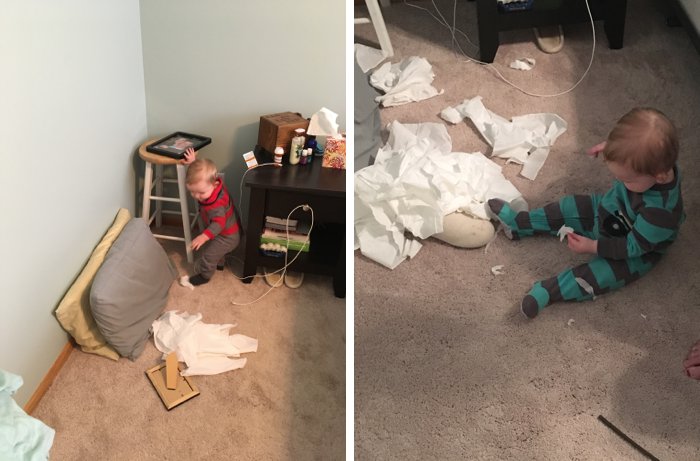 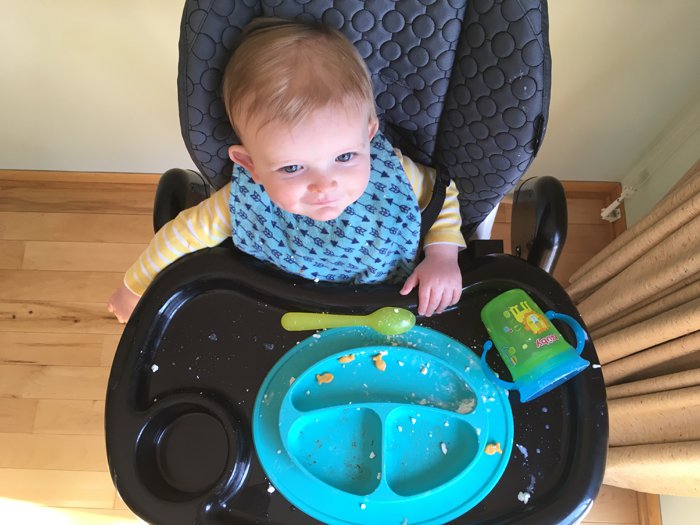 Walking by himself – He’s such a fast, efficient crawler. We think that’s why he hasn’t been too motivated to learn to walk yet. He walks along furniture like crazy, and pushes his lion toy around, often one handed. I don’t have any predictions on when he’ll be walking, but it could be soon. 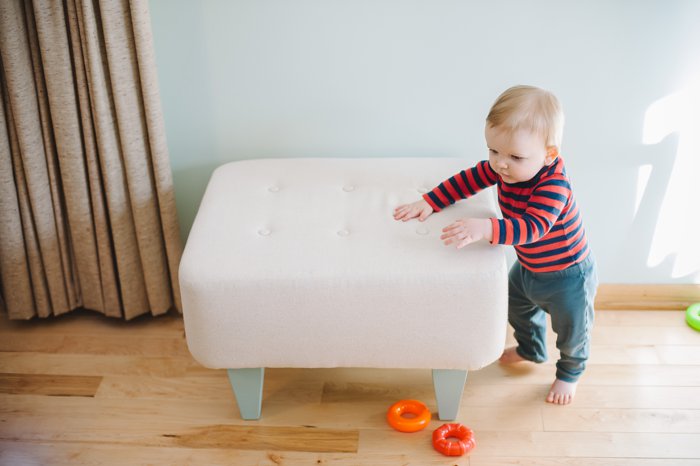 Getting his molars – He’s still working on those molars on top. His gums are still purple and it feels like the teeth are close on the outer edges. But we haven’t seen any cut through officially yet. He also only has 3 teeth on the bottom still. It’s weird and funny. Matt and I wonder if it’s possible that he might never get the fourth bottom baby tooth. Hopefully there’s a permanent one in there!

Drinking from a regular cup – He loves to try to drink from a regular cup or one of my water bottles. He gets the gist of it but often gulps too much in as he’s breathing, and then coughs and sputters. Just this morning, Matt gave him some of his breakfast smoothie. I don’t know if it was because it was thicker than water, but he drank it no problem!

Purposely dropping food on the floor – He does this when he’s bored, full or doesn’t like what I gave him.

Going for Remy’s food and water dish every time they are down – This is still a struggle. Poor Remy has to whine and stare longingly at her water dish before someone will take it down so she can get a drink. I am hoping that once Raleigh is a little older and we can expect him to start obeying when we say “No”, maybe we can teach him to leave them alone.

Eating his crib rails, again – He fought his naps hard twice this week, and both times, he managed to pull the gray crib rail covers I made to the side and bite the rails underneath them! I had to add more stitches to the underside of the railing twice this week in hopes of keeping it tight enough so he can’t move it to the side. Seeing white paint chunks in his dirty diapers makes me do an eye roll emoji. 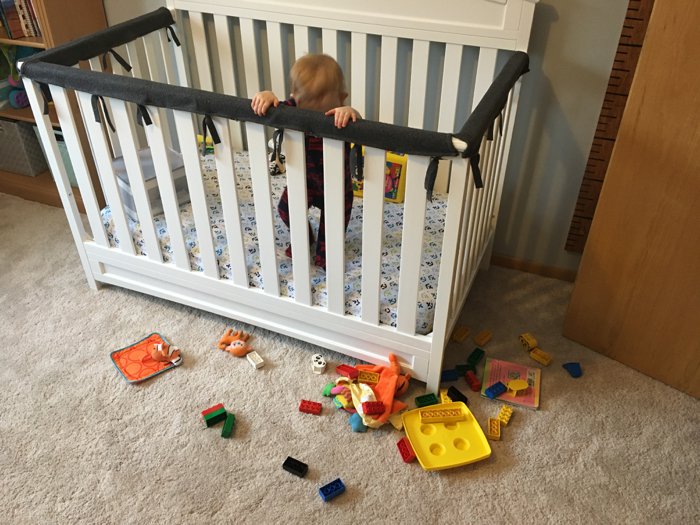 Drinking the bath water by any means possible – Anything that holds water, it is a cup to him. Toys, his rinse pail. His wash cloth. Mmm… soapy, pee water. Delicious. 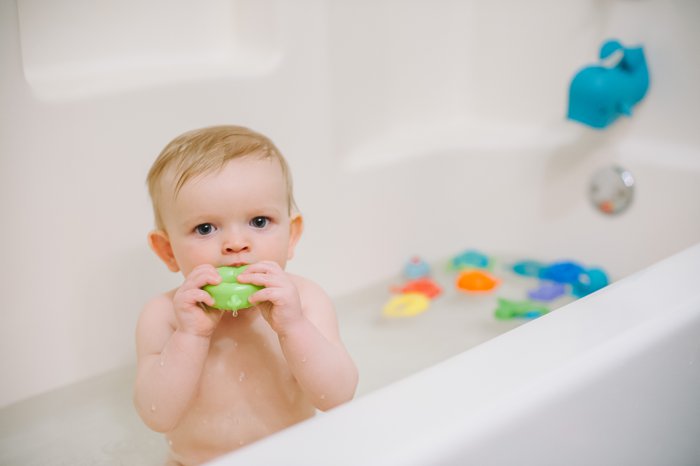 Raleigh, you make me text Matt and my sister with eye roll emojis multiple times a day, but I could not love you more if I tried!

I’m a few days behind posting this update.

I just looked at the calendar, and in less than four weeks, I will be the mother of a one year old.

Thank you Lord for this privilege, and please help soothe my conflicted mama heart as I watch my baby boy turn one.