The last few weeks of pregnancy seemed like the longest weeks of my entire life.

One day felt like a week, and the thought of going a week or more overdue was nearly torture.

And then, we made it to 41 weeks and Raleigh was born.

The first weeks of Raleigh’s life were again some of the slowest days I’ve ever experienced.

Some people welcome a baby into dreamy, sleepy, snuggle-filled days of newborn bliss, but that wasn’t us. Those first 8 weeks were HARD. The hardest days of my life, I’d venture to say.

People kept saying things would get easier. Thing would get better. They’d settle down and get fun.

We honestly doubted we’d ever experience that fun stuff when we were in the thick of those early days.

I can hardly believe it myself.

And from about 8-10 weeks on, it’s been the best experience of our lives.

Everyone was so right.

I can honestly say that time is passing faster than it’s ever passed before.

I’m left standing here, like most parents, wishing it would slow down a little bit. 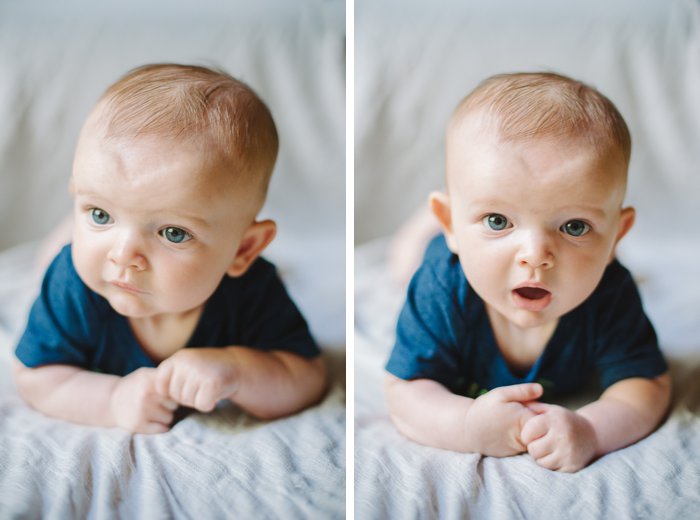 I want to remember everything.

We are taking lots of video, I’m diligently keeping up with his baby book, and I have plans to do an on-going first year photo book as well.

He is literally changing before our eyes.

Each day, he wakes up and does something different. I’ve never experienced anything quite like watching him grow and change in front of my eyes.

The latest, for our record books:

Rolling over. Razzing. Talking. He found his tongue and is sticking it out a lot. Loves looking at things. Can roll from back to belly easily.

Ticklish. Laughs and loves to smile. Has a dimple in the right cheek. His ears still stick out and we love that. 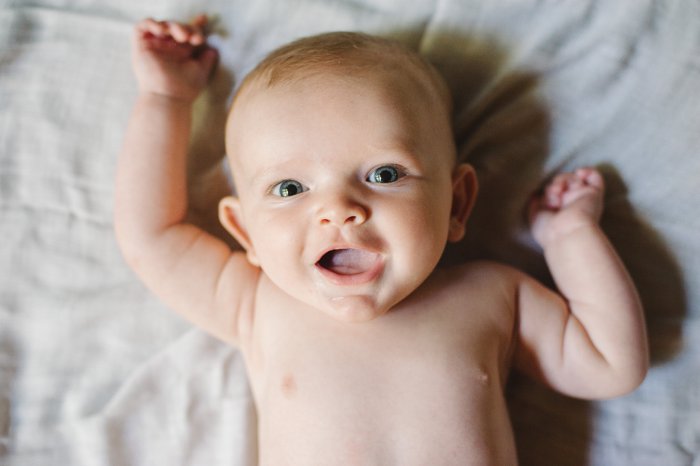 Sleeps with his hands up by his ears and holds his ears when he gets tired. Sometimes, he bends his ears forward, which is why they still stick out, and likely always will. 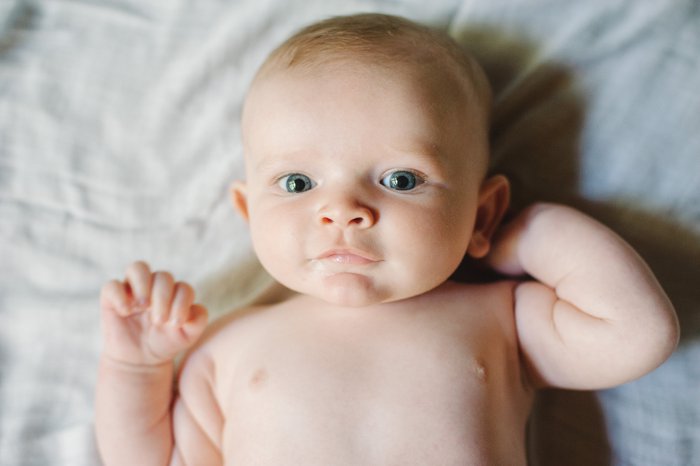 Loves the bath. Loves to kick his legs. Can rock himself in his carseat and bouncer chair by kicking his legs. Loves his jumperoo too, although he gets tired in it pretty quickly.

Broke the music box that came with his play mat because he would pull down on the mobile too hard and the spring inside eventually broke. He’s a strong boy!

He is a wiggle worm during diaper changes now. We have to distract him with a toy.

He is reaching for Remy now and grabbing onto her legs. Remy hates it.

Loves to look around during walks and stroller rides, unless he’s super tired. Then, the whiney boy comes out.

He is getting a lot better at soothing himself to sleep since we started doing the Ferber sleep training method.

Recently, he has started eating solid foods, but he mostly spits it all out onto the bib.

He is now in a size 3 diaper as of yesterday.

We are nursing 98% of the time now! Only doing a bottle when I’m gone or he’s at grandmas. We worked out our kinks around 12 weeks. [I need another post about this because there’s so much to this journey alone.]

He is outgrowing his clothes like crazy. I got his 9-12 month clothes sorted and washed the other day because he’s going to need them soon. He is already in 6+ month onesies and busting out of his 6 month sleepers. 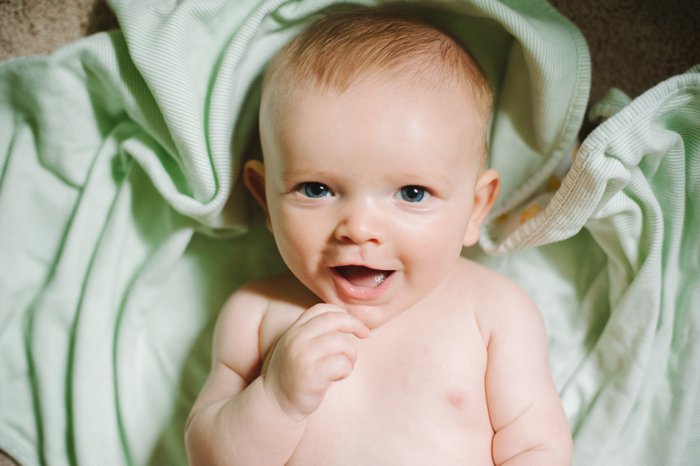 Motherhood is unlike anything I’ve ever experienced before.

It is hard to try to articulate all of the changes, challenges, realizations and joys that these last 5 months have held.

It’s emotional to think about how far we’ve come too.

Those early weeks were so, so hard. Like, “cry every day, wonder how you’re ever going to get through them” hard.

Transition and complete disruption of routine, recovery from surgery, breastfeeding problems, anxiety, postpartum depression, a gassy, fussy baby and more made each day truly seem like a struggle for awhile.

But then, things started to settle.

We started to find our groove.

I still feel like I have no idea what I’m doing most of the time. I still text my sister all the time, asking for advice or venting about frustrating days.

But as I nursed Raleigh before bed tonight, in the glow of the red light in his nursery, I could have bawled out of sheer gratitude.

For Raleigh, our healthy baby boy. For the plans the Lord had for us, before we even knew about them. For the way our family has changed and grown since we got married nearly 9 years ago.

Life is moving as fast as it ever has, and I feel this very real desire for it to slow down. I feel a little bit panicky at the thought of how fast the time is passing and how quickly Raleigh is growing up.

But I am doing my very best to be present and invested in each day, and to watch and cherish him as he is, right now. He is changing daily but I am trying my hardest to savor it all.

God is so good to give us this life.