Raleigh has a new favorite game during bath time.

As soon as he discovered how to do this, we knew that the square edges of our faucet posed a safety risk to his head. And at his 9 month pediatrician appointment, his doctor advised that we buy a spout guard to cover the faucet and protect his head.

So I started looking at my options for bathtub spout covers. 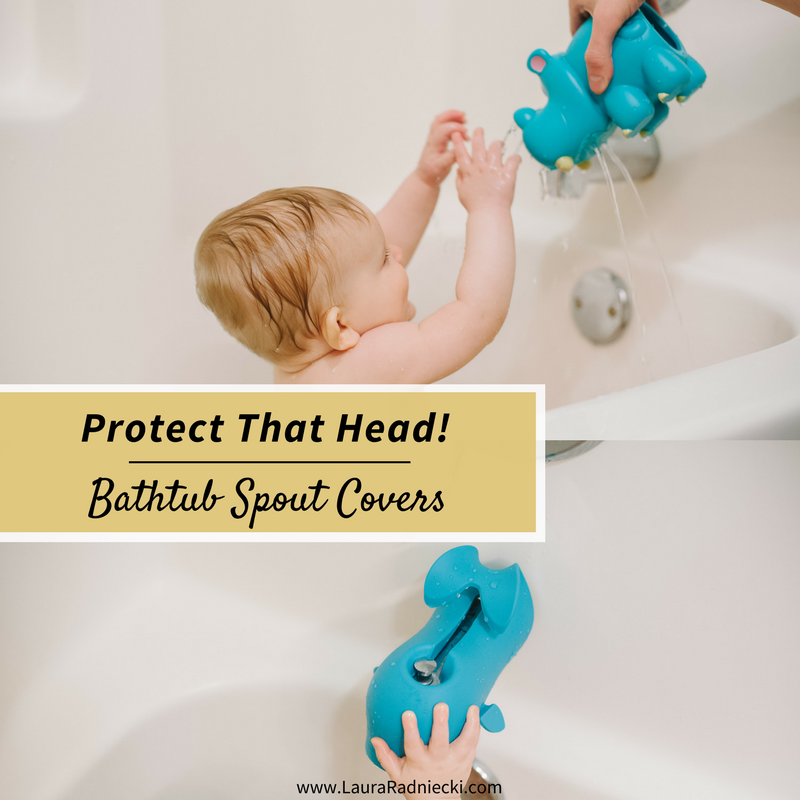 As part of the Nuby parent blogger program, I chose the Nuby Hippo Spout Guard as one of my products to test and review.

The timing was perfect and we were excited to use it during bath time the first day it arrived. 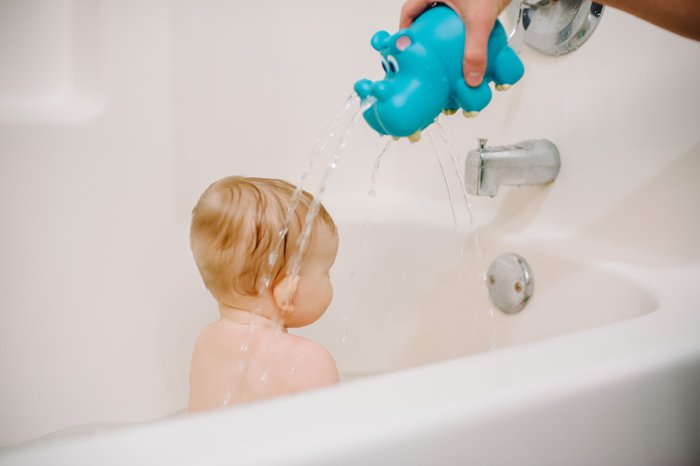 When I looked at the online reviews before the hippo arrived, the reviews were mixed. Some people loved the hippo and others had problems getting it on their faucet. I wasn’t sure how it would work with our faucet but I wanted to try. It says it fits most standard faucets with diverters, and that’s exactly what ours is like.

Right out of the box, the hippo was impossible to get on. Even following the directions, Matt couldn’t make it fit. He soaked it in the warm bath water for a few minutes and that made the plastic a little more pliable and then  he was able to slip it on. But after it was on, it was a huge hassle to get off. Like, I thought he might rip the pipe out of the wall almost. He finally got it off and then proceeded to cut off the plastic lip on the inside of the hippo that was snagging the faucet when he tried to remove it. That made it a little easier to remove, but it was still a very awkward and tight fit.

So, the hippo spout guard did not work for us. We now use it as another bath toy for Raleigh. It squirts water out of the nose when you fill it up with water which he thinks is funny. 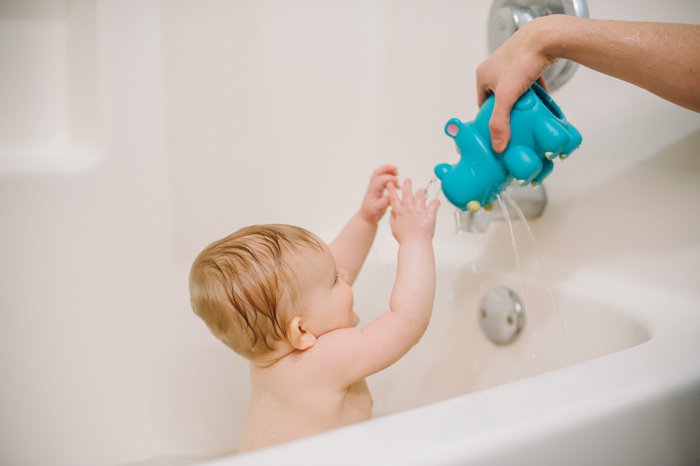 I was bummed the Nuby Hippo didn’t work out, so I started looking around at the other options on Amazon. I came across the Skip Hop Moby Whale Spout Cover and was excited by the reviews so I ordered it. 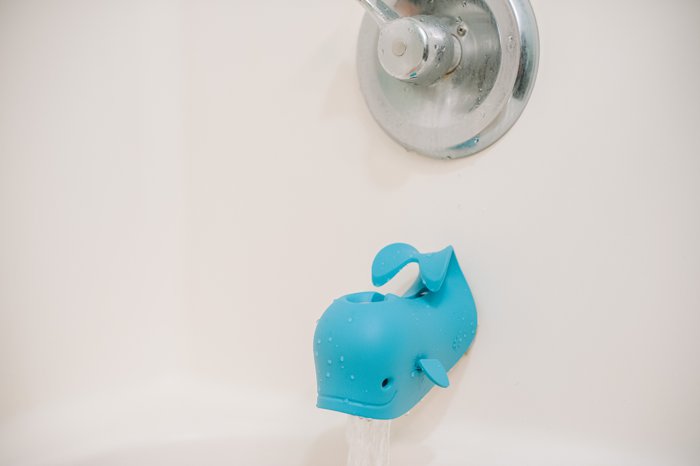 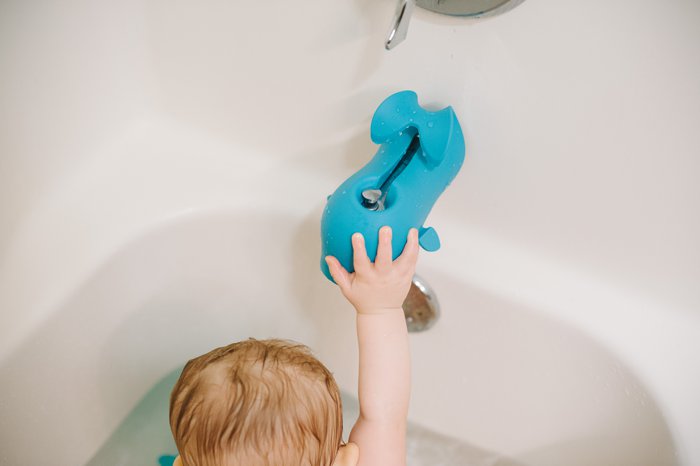 For me, the clear winner between these two spout covers was the Skip Hop Moby Whale.

It’s minimalistic and cute enough for me to be ok with leaving it on all the time, and it does it’s job well. 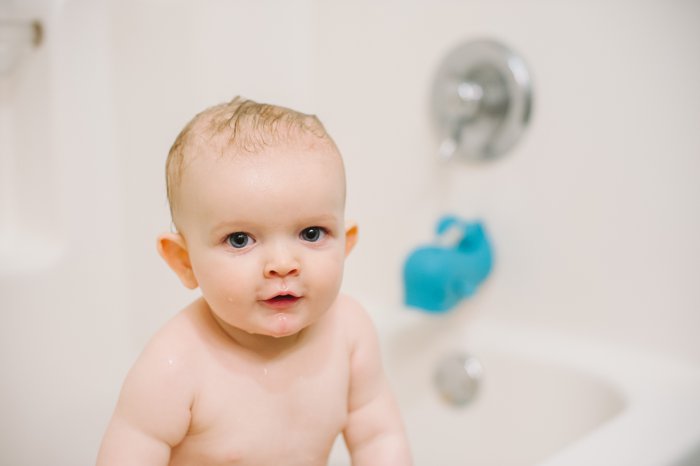 The Nuby Hippo Spout Guard might work for other people depending on the type of faucet they have. But for us, it is now just a fun bath toy.

*Nuby provided me with the hippo spout guard for free in exchange for an honest review. All opinions are my own.* 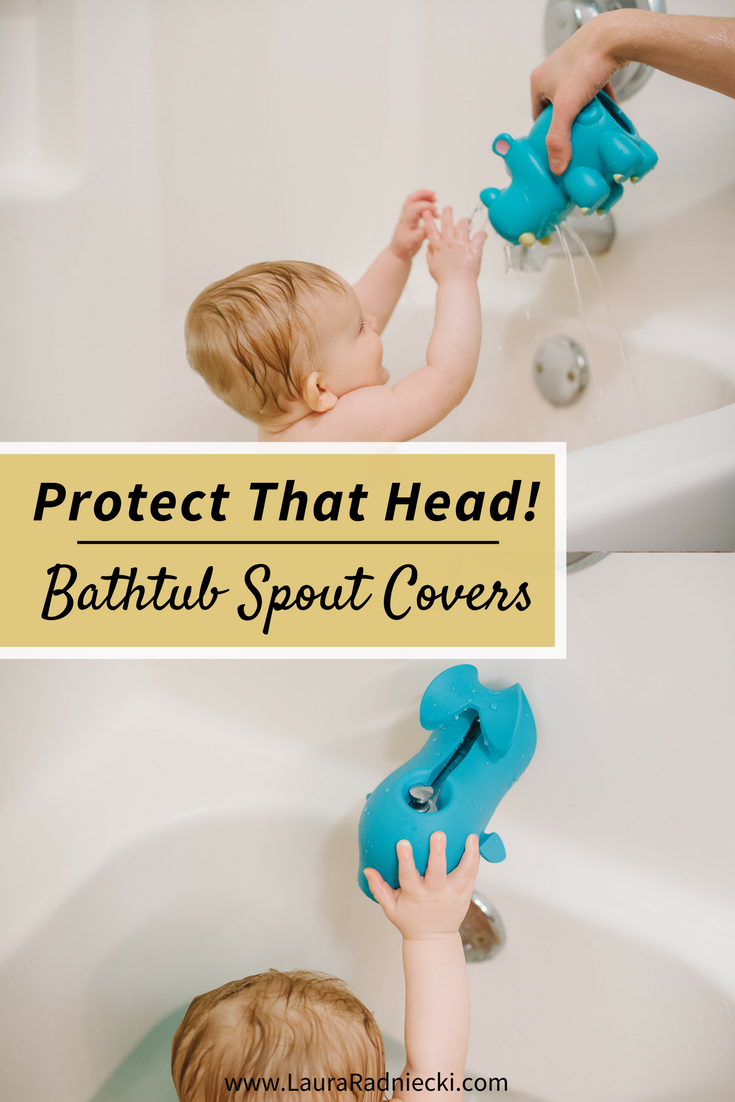