I’ve been informed through the grapevine that some of the Marines with 1/3, Matt’s former battalion, have been hurt and/or killed in Afghanistan this past week. I don’t know details, or if Matt knew any of the Marines involved. All I know is that 1/3 experienced loss, and although Matt isn’t with them anymore, I feel like it affects me still.

Matt knows a lot of the Marines who are deployed with 1/3 right now. Some were his peers; Marines who entered the Corps with him, served 2 deployments to Iraq alongside him, and who he knows well. I know one of their wives well and we shared some laughs and good times while our husbands served together with 1/3. Other Marines with 1/3 are ones that worked for Matt. They deployed together on Matt’s 2nd deployment to Iraq. He helped them grow as Marines and as men, and developed bonds with them in the process.

So, even though Matt’s not in Afghanistan with 1/3 now, part of our hearts are there. We continue to think of them and to pray for them and their families as they check days off the calendar in anticipation of their Homecoming. 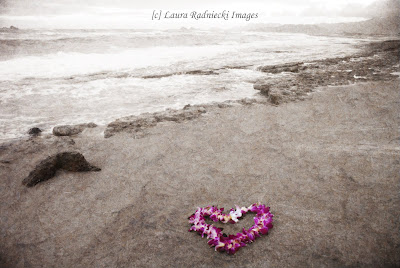 I think back to a year ago; Matt was just a few weeks past the halfway point of his 2nd Iraqi deployment. I was prepping for my big move to Hawaii and writing letters/sending packages like it was my job. Well, it was my job: Marine Wife. Not a job to be taken lightly, either.

In a small way, it sometimes feels like Matt should be there with 1/3. I think he feels that way too sometimes, if only a little bit. Don’t get me wrong, I am SO thankful that he is here with me; safe and sound. He’s sitting in the living room, at my feet right now, playing a video game. Safe.

Yet still, there’s a part of both of us that feels like he should be there, alongside his guys. A tiny part of me misses the camaraderie of the Marine Corps. The anticipation of Homecoming. I think that every Marine who gets out of the Corps while the guys he knows and served with continue to serve, feels this way – to some extent. It’s what happens when your heart is in two different places. I think that Marines wives feel the same thing, to varying degrees. There are parts of being a Marine wife that I loved, and miss every day.

Instead of being in Afghanistan, Matt starts college tomorrow. He is ready. I have complete faith that this time, he will be nothing short of a total success, and I can’t wait until he sees it happen. He has a mix of emotions; nerves, anxiousness, and excitement for what’s ahead. Part of him wishes that he could speed up the process and have his degree already. Sometimes I wish that too. But as everyone keeps telling us, [and we know it is the truth], time will pass so quickly, it won’t be long before he is graduating and looking for a job. Enjoy this time while it’s here, they all say.

I know time will pass quickly. I’ll be saying in 2 years, “Wow, I can’t believe he’s done already. Seems like he just started yesterday.” But those feelings pop up every once in awhile, no matter how many times I tell myself to live in the present.

Also, we say Thank You to those Marines and to their families. They made the ultimate sacrifice.
All gave some, but some gave all.

To Wright, Gaar, Naomi, and all the rest of 1/3 and their families, we think of you and we pray for you. One day at a time. Keep your sights on Homecoming. [Matt’s Homecoming, March 1, 2009 – One of the BEST days of my entire life.]

God bless you all, and if you have your significant other, your kids, or your friends with you tonight, hug them and tell them you love them. There are a lot of people missing their loved ones and dreaming of the day they get to put their arms around them again. Until then, memories have to suffice.