I was looking through some old documents saved on my computer and [instead of finding the one I was looking for,] I came across this one. I wrote this on 2/20/2007. I was in the second semester of my Junior year of college. In Nursing school. It is so weird that it has been almost three years already. 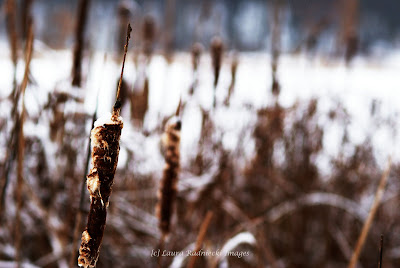 “I was sitting in the commons area of school today while I was killing time in between classes. I got to thinking…

I was thinking about the sermon from a few weeks back at church. I was texting Tiff, a lovely Marine wife who I was so lucky to meet last summer, and whom I miss dearly. We were talking about marriage and kids etc. I got to thinking about life, and time and money… Then later tonight, I was talking with my roommate, and listening to her goals/plans for her life and about how much money she wanted to make and how many hours she wanted to work.

Work is a necessary part of life. Money is too. Without money, we would all surely starve unless we would live in a shelter of some sort that was free of charge, and we were given our meals for free. But I feel like I, myself have to try to remember that it’s only a part of life, and it’s not a necessity to have a lot of it.

Father Seamus was saying in church that he thinks it’s a shame to see the national average for the number of kids being born to a family dropping. It used to be 4+ and now, it’s surprising if you see a family with more than 2, at the most 3 kids. I come from a family of 2, and so do about half of my friends. Yes, there are exceptions of course, but as a whole, we are having less and less children. Father said it was because children are expensive [and yes they are] and we think that we have to be able to financially provide for them and get them everything they want and need. In his opinion, he said that instead of trying to buy your children everything they want and need, we should instead try to keep it to what they need, and if everyone did that, they would be surprised at how much money they aren’t spending. That more kids would be possible.
I’ve thought about it. Usually, I think that I want to have two kids. My sister and I had a great time growing up, and I think it would be great to have two. Still pricey, but manageable. Then sometimes, I think of my mom who grew up in a house of 5 and my dad who grew up in a house of 6. I sometimes want more, like 4. Family picnics, get togethers, camping trips would all be so lively. I want to raise children and show them this beautiful world that God created for us. I want to be a mother and watch Matt as he is a father.

But the thought of having children and then not having the financial means to support them scares both Matt and I. Not being able to have a decent house, to take a vacation a year, to be able to let them participate in sports like we did growing up… those thoughts intimidate us. They are real fears.

I think that my new mindset though, is realizing that money is not what it’s all about. If you have a lot of kids, you will make it work. Obviously you can’t have 8 on a McDonald’s salary without running into trouble. But you don’t have to have a brand new car every two years. You don’t have to have designer clothes. You don’t have to have Rolex watches, or the nicest things. You just have to have enough to meet the necessities of life [and a lot of our ‘needs’ in life are just really ‘wants’ that we have grown to think we need.] and some extra to have fun with. I think that when it comes down to it, I would rather have to be thrifty and crafty with my house decorating, and my birthday/holiday shopping, and my cooking, and have more liveliness around my house than to be able to give my children the newest Ipod or the coolest new camera that comes out.

I think that we, as a society, have lost sight of life’s priorities. I know that I am often focusing on the wrong parts of life. I focus on material things sometimes, and that it would be nice to have all the shoes I want, or to have a new car, or a new computer. Or a new cell phone, because mine isn’t the smallest or the cutest anymore [Inset: About 2 weeks after writing this post, my phone suddenly died due to “corrosive damage.” In return, I got a hot pink Razr. I was PUMPED, even though by that time, my sister had already had a razr and was onto a different phone. Razrs were kind of on their way out by this time in 2007, but I was nevertheless thrilled to be getting one. Fast forward almost 3 years and… [knock on wood, because sometimes it seems like it’s only hanging on by a thread,] I am still using that pink razr. Which by now is wayyyyyy out dated. Yet still – I like it.] … Sometimes those materialistic thoughts come to my mind, and I have to remember what my goals are in life. I want to be successful and happy at being a wife first, a mother second, and in a profession third. Nursing is where God has led me, and I am hoping that I find my niche in it. If not, I will find something else. My priorities in life are to marry Matt, have a successful and fulfilling marriage with him. To travel with him, grow with him, and experience new things with him. I also want to become a mother with him by my side. I want to have children and raise them to be amazing people like I think Matt and my parents did with us. I want all of that, and I don’t think any of it is really depending on money.

I guess money is a means to survive in life, but I think we are all in danger of putting too much emphasis on it. It shouldn’t be the dictator of how many children you bring into this world. When you are 90 years old and you are on your death bed, your children are not going to be huddled around in your hospital room saying that they wished they could have had a new car when they were 16, or that they wished they had never had those hand-me-down jeans they were forced to have. They are going to be thanking their mother for all she did for them, all the sacrifices she made for them, and looking around at each other, thanking her for giving them each other. This exact scenario happened when my grandma had her stroke in April. All 6 of her children, their spouses, and a lot of us grandkids were crowded into her hospital room to watch as our 95 year old grandma/mother/mother in law lay there basically in a coma from a traumatic stroke. She never did regain consciousness, but I know she could see or hear all of us there, talking with her and sharing our favorite stories about her. I thought to myself, this is what I want. I want to leave behind a legacy like my grandma did. I want to start a ‘clan’ of Radniecki’s, just like Catherine and LaVerne started the Hensel clan. I want to look back and be happy that I chose to bring these children into this world, as messy and corrupt as it is at times.

So… food for thought anyway. I know some people disagree and think that it’d be more important to make sure you can give your child the best life possible, than to have more than what you are financially ready for… But I heard a quote once that I think is very true. It goes “if you wait until the ‘perfect time’ to have a baby, you will never have one. You will never have enough money, or so it seems to you, you will never be mature enough, you will never be confident enough, you will never be brave enough, so you will never start.” Basically, don’t try to plan your way through life, especially with children, some planning is good, for example, planning for a baby to be borne not when your love is deployed. I think that’s smart. Or waiting until you are done with college so that you don’t have to take time off right before your Nursing board exams. I think that is a smart thing. But planning sometimes takes the spontaneity out of life, and keeps us from experiencing really good things.

Something to think about. Bottom line is… I think I want to maybe have a bigger family than I originally anticipated. I guess that one’s up to God. We will see what He has in mind for Matt and I.” 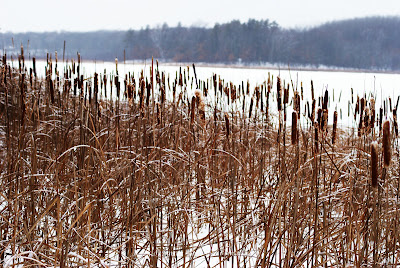 At the time that I wrote this, the recession wasn’t a factor in any of our minds yet. Stocks were high and life was goooood. Now, lots of people have had a rough last year or two, and some don’t really see that changing any time soon. Matt and I are in a transition still, with him in school and me making my way in the world with my photography business, instead of being a nurse like I thought I’d be doing, three years ago. It’s kind of a scary time for a lot of people, but I still believe what I felt when I wrote this entry.
I believe that money isn’t everything – no matter how much it seems to be sometimes. I also need to write that on little sticky notes around my house so that I remember to believe and accept it when I start to doubt it. Which happens. A lot.
Tonight, I’m refocusing my mind on my priorities. Not materialistic things, but on relationships, blessings, Faith, and happiness. Happiness in ways that money can’t buy, but only love, family, and God can.
In the middle of a cold, long, Minnesota winter, some positive vibes can go a long way.

Previous Post: « DSLR Made Easy – Part 6 | Silhouettes, Metering and The Rule of Thirds
Next Post: Philosophical Musings About Faith »