Matt’s triathlon season ended the first week of September with the longest race of his career so far. After 3 sprint distance triathlons in 2011 and 1 in 2010, his ended this year with a half-ironman distance race. Approximately a 1 mile swim, 56 mile bike and 13.1 [half marathon distance] mile run.

After a weekend in Stillwater and being joined by both of our families, we all cheered on the biggest race of Matt’s triathlon career so far. The preparations the day of included getting his transition site set up and some family photos taken prior to the race. 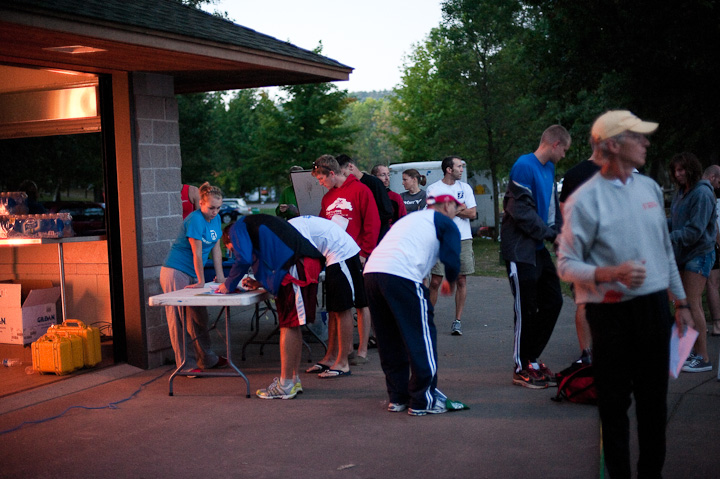 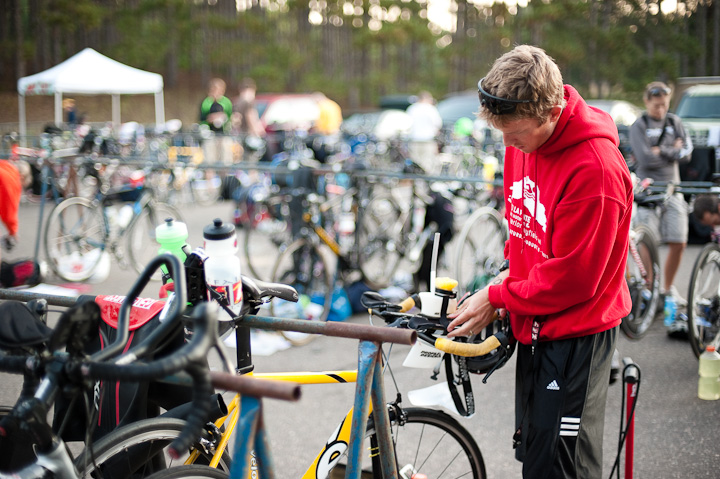 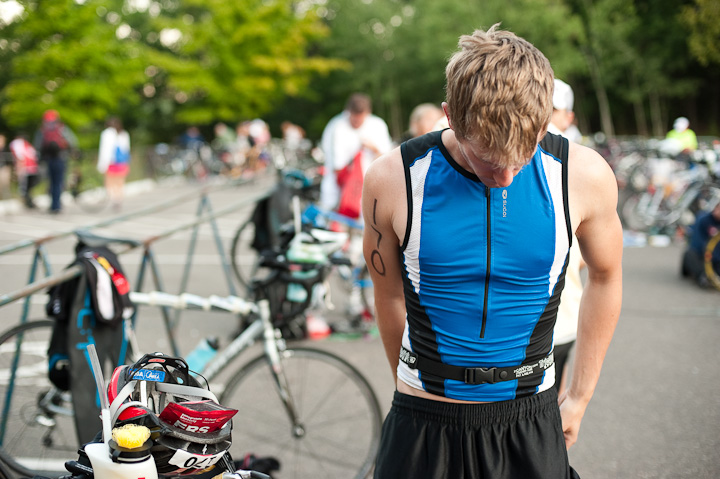 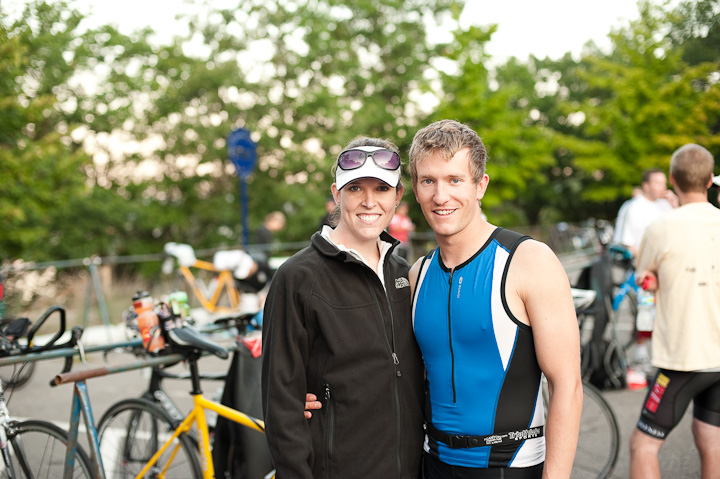 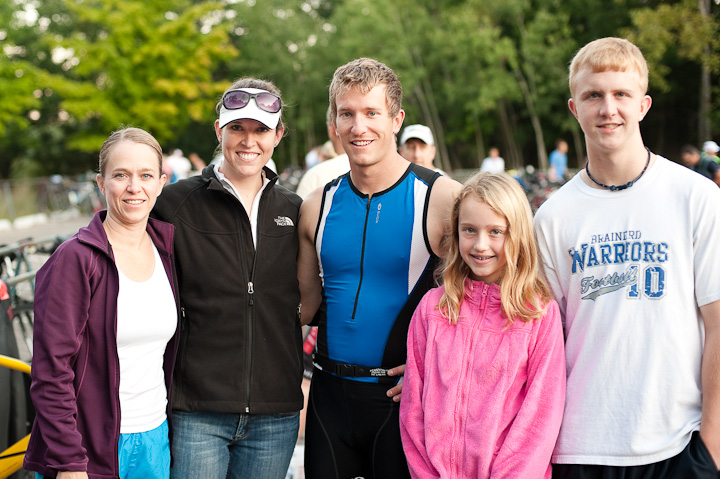 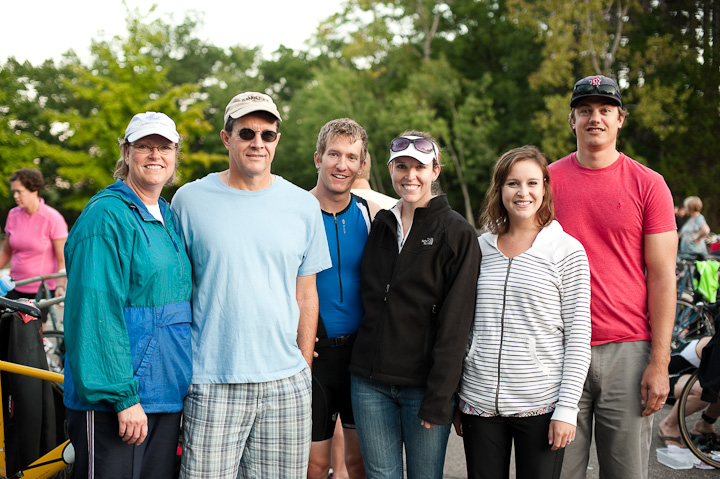 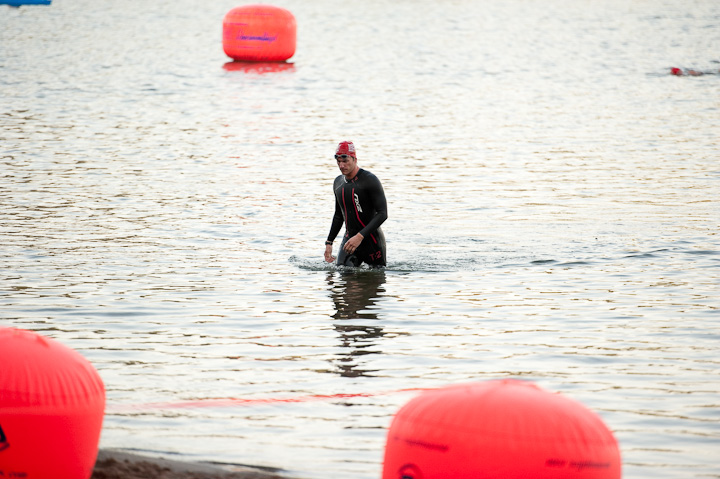 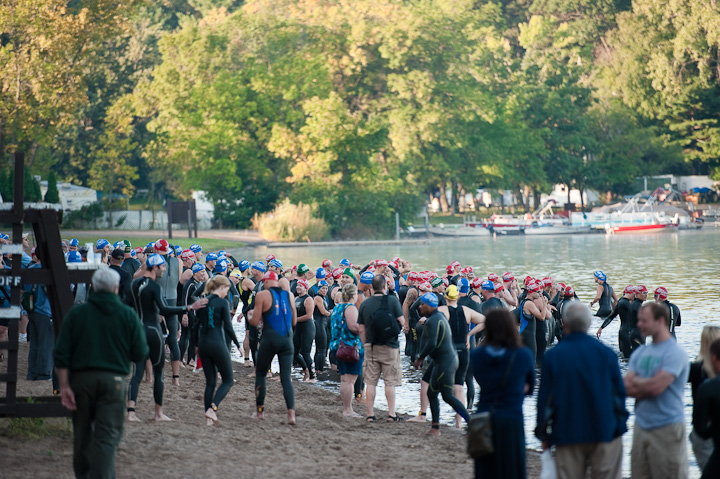 The swim part of the triathlon is first. 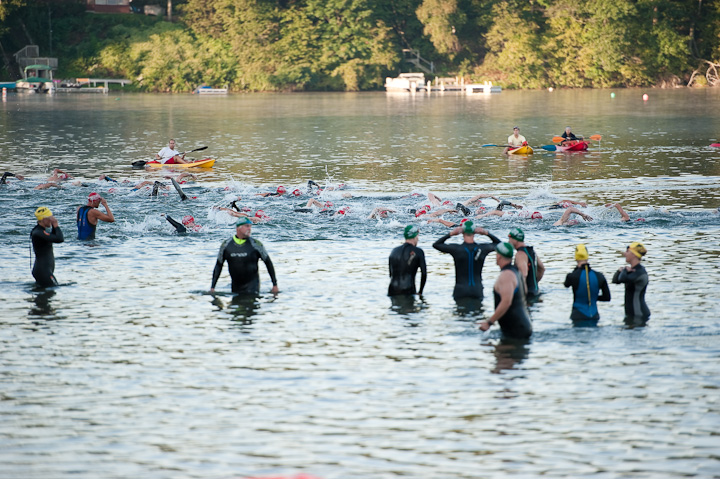 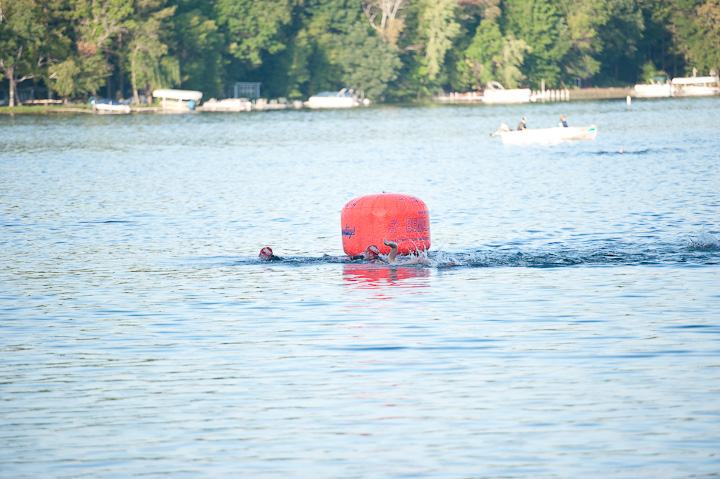 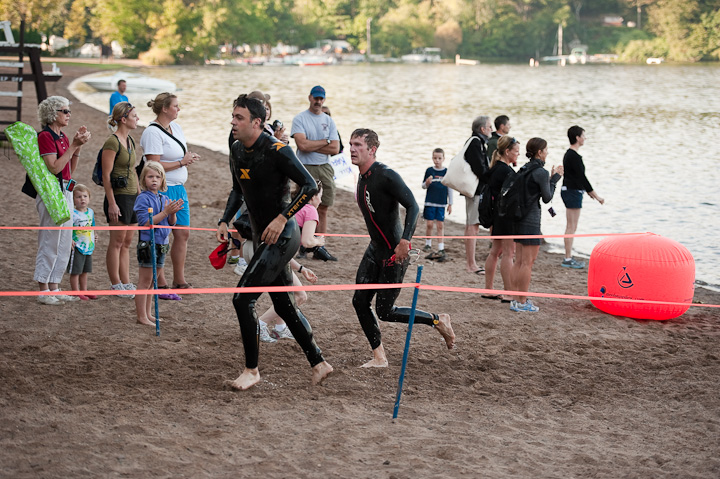 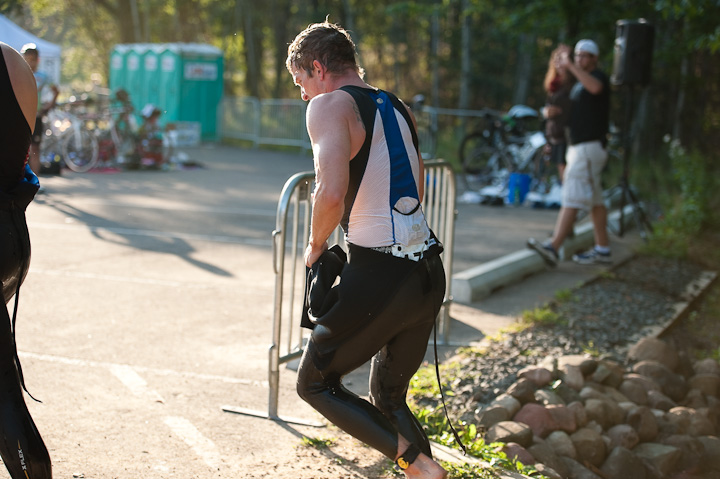 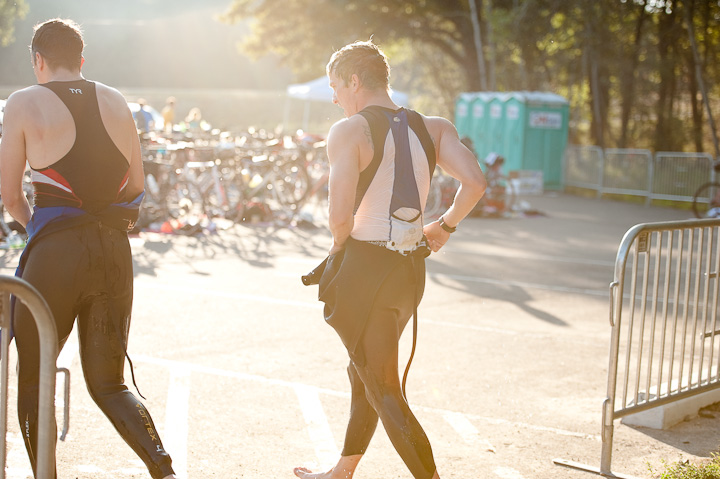 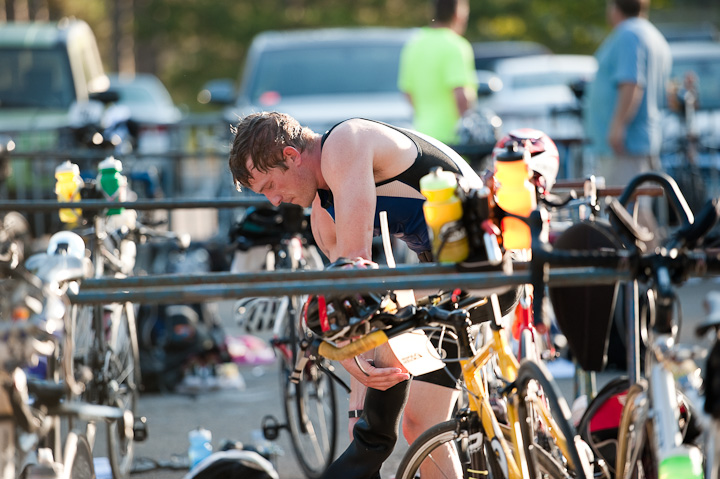 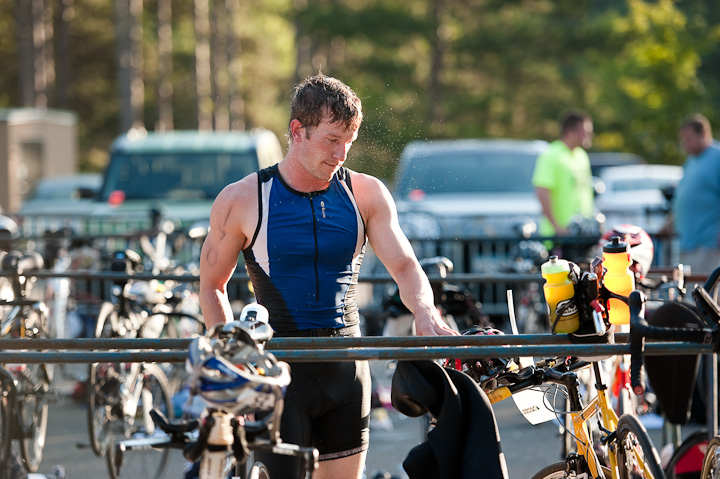 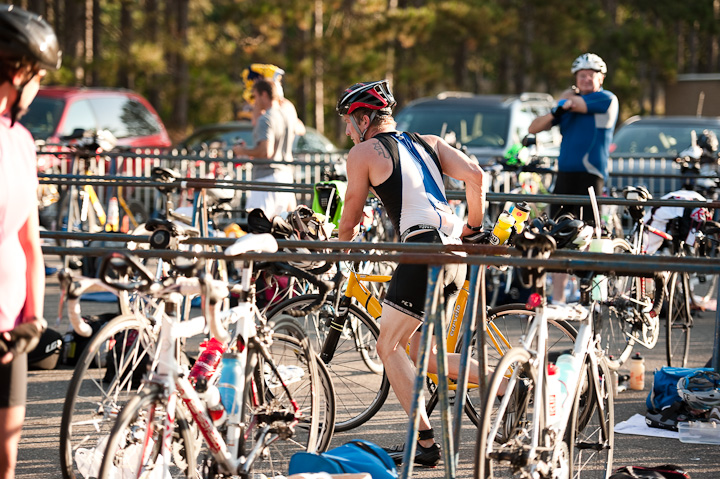 Then he was off on the bike portion! 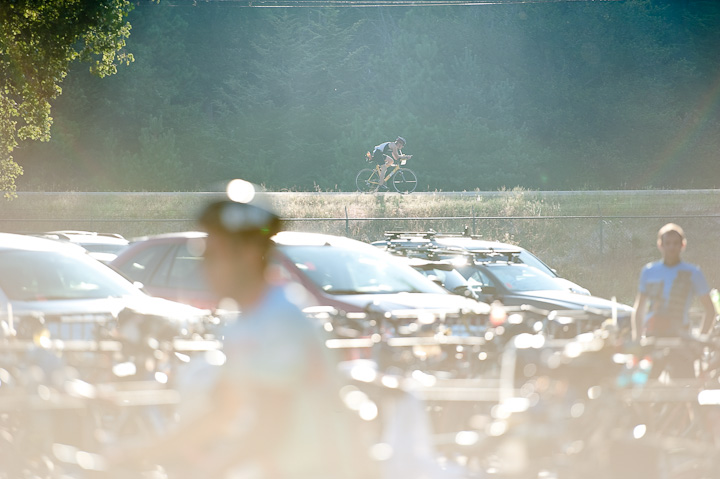 The bike part included one loop and the racers did it twice. This meant that Matt came by us in the middle of his bike leg. He looked so good and upbeat! 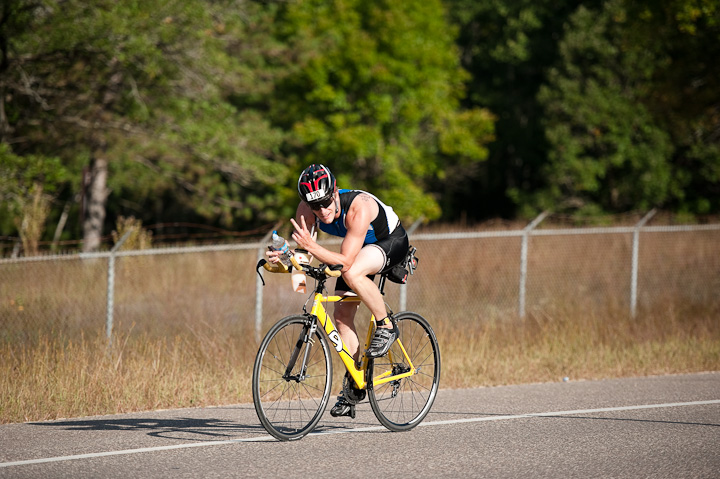 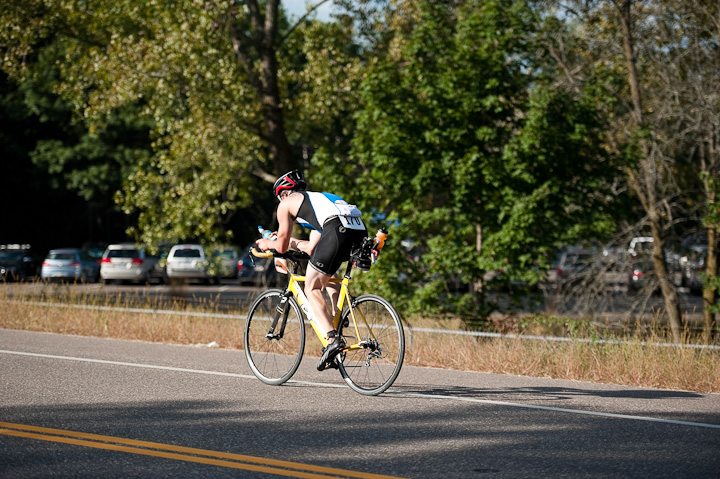 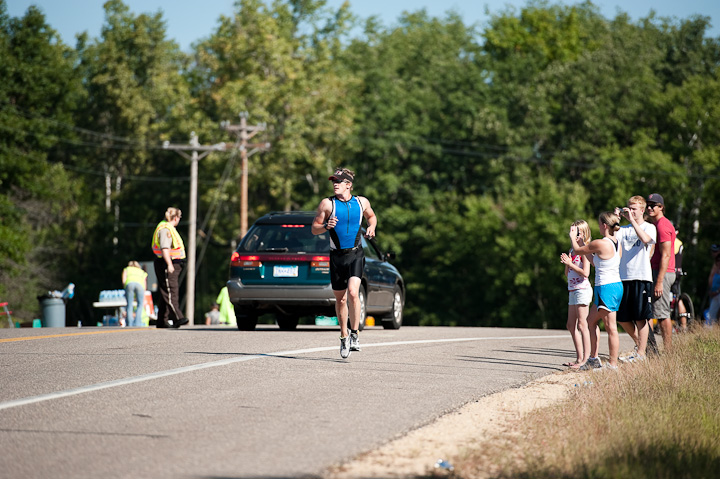 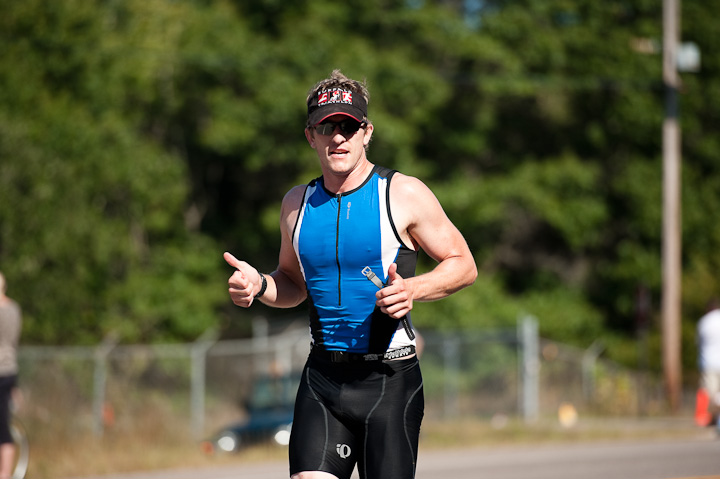 And then… it was the finish line time! Matt’s goal was 5 hours and 30 minutes. A minute or two before his goal, we saw him at the top of the hill. He was almost done!!! 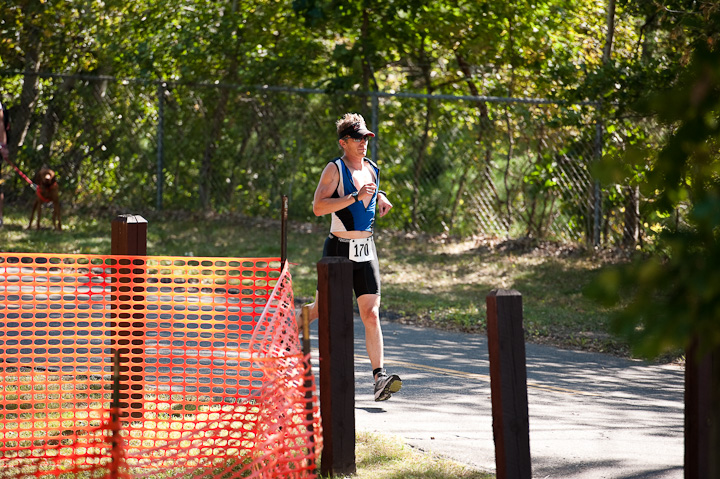 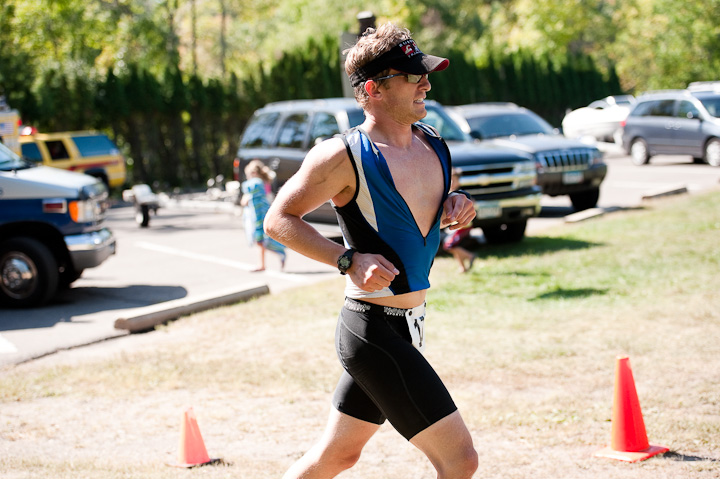 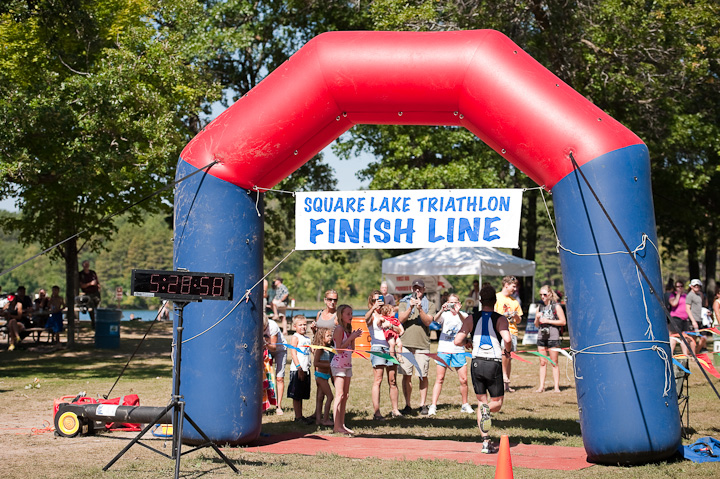 One minute faster than his goal, HE FINISHED!!! Wooo hooo, Matt!!!! After the race, he headed straight for the water to cool off. Then, his body went into some weird post 5.5 hour workout shock and he felt freezing cold. It was 80+ degrees and he was shivering, so he laid in the sun to warm up. After 30-45 minutes of sun therapy, he rejoined the land of the living and basked in his accomplishments. 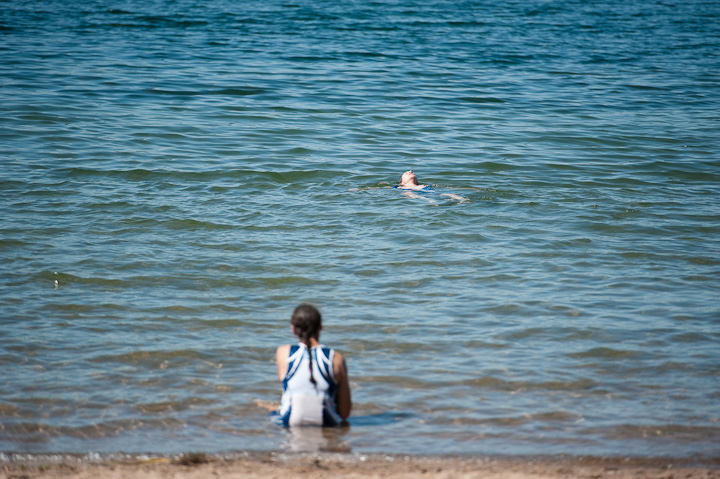 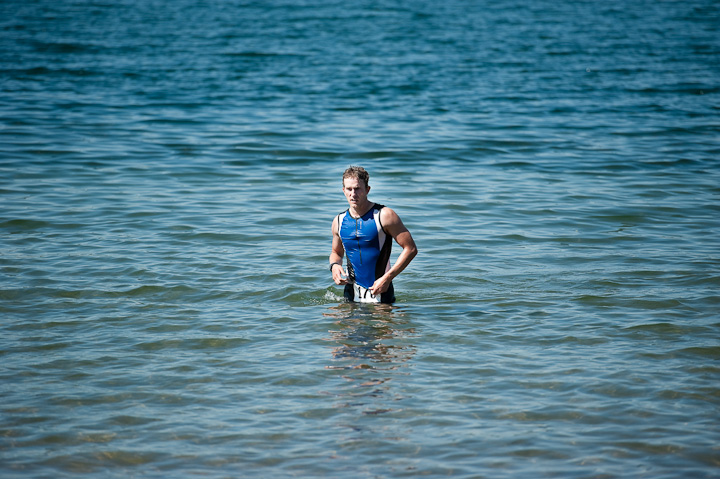 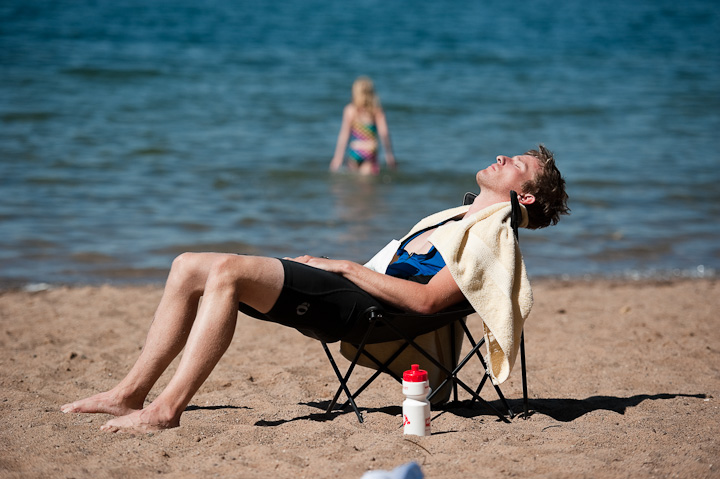 Such a major accomplishment; one of his bucket list items. Now, his sights are set on even bigger goals for next season – and for bettering his time on another half-ironman. I’m so proud of you, Matt!