It’s December 10th, and Matt and I have been back from our cross country road trip now for 10 days. We have been gone from Hawaii now for 2 and a half months [feels like a week and a year at the same time!] I am regretful to say that I have caught my first cold in a year. The tingly nose, the unfamiliar sneezes and the sore throat that led up to the drippy nose and stuffy head today indicated that my good luck streak was over and I got clobbered with a cold. Living in Hawaii for 9 months seemed to do good things for my health, and I didn’t have the slightest ailment all spring/summer [except for maybe a cold sore once, those pesky buggers!] The road trip went smoothly; it seemed we were able to escape the H1N1 [knocking on wood right now!!] as we hopped from city to city, spending very limited time in the presence of other people. Mostly just clean, pure nature.

But now that we are back home? Sure enough… I’ve caught a bug.
In addition, we got a dusting of snow that has almost covered up all of the grass on the yard. Ok, I think it does cover the grass. We either lucked out or missed out, depending on who you ask, because the main body of the storm that crossed the Midwest dumped feet of snow on southern Minnesota and into Iowa. We just got dusted. I am excited about the snow, actually. 1- Christmas is coming, and what would Christmas in Minnesota be without snow?! And 2 – because I have a photo shoot tomorrow and the bride to be and I were wishing and praying for snow! We got our prayers answered!
However, a little added surprise was thrown in with the snow. Frigid, pure coldness. The first bitterly cold days of winter have arrived here in central Minnesota. The temperature gauge read -2 this morning at 9:30. If that wasn’t bad enough, the breeze [wind.] that fluttered flags and blew snow added that [not] lovely thing to the temps called wind chill. Not a fun thing.
The cold bit Matt and I in the butt today as we headed into to town to do some errands. We started the Escape and I felt my heart hurt, just listening to it try to carry us down the road. That’s really a story for another time, but this vehicle was first bought and driven in Hawaii, and in Hawaii it remained until Matt and I plucked it up off the market, drove it in Hawaii, loaded it onto a ship to the mainland and transported it [him/her?] to blustery Minnesota. Now, a native of Hawaii has to try to adapt to the worst part of Minnesota… the COLD nights/mornings/days of winter. I realize that we are supposed to let our vehicles heat up before driving them, and we’ll try to make better habits regarding that task, but my Alero [a born and raised Minnesotan vehicle] never required it, so like I said… bad habits. We’re working on it. Or we will be.
The entire drive into town consisted of me shivering, sitting on my mittened hands, and Matt verbalizing his dislike of the extreme cold. And in reality, it is probably going to get much, MUCH colder before spring even hints at her arrival. It’s not even officially winter yet! The only thing I could think of was… HAWAII. Ohhhh, Hawaii!!! Then, later in the day after I had sat in front of the fireplace probably 5+ times trying to warm my frigid body, Matt and I watched the movie “Forgetting Sarah Marshall.” Anyone who has seen the movie probably knows that it was filmed in Hawaii, on Oahu actually. At the Turtle Bay Resort. They go to La’ie Point, where I have been multiple times. They go to luaus and wear leis and listen to Hawaiian music in that movie. They wear flowers in their hair, and watch sunsets on the North Shore. Everything that I love about Hawaii, it was flashed in front of my face for 2 hours of cinematic loveliness. And I loved/hated every second of it.
I know, I know. When I was in Hawaii, I couldn’t WAIT to get back to Minnesota. To the seasons, to my family, to the lakes. And I am thankful to be back, amidst my family. To be experiencing a change of seasons. To be back in the land of freshwater lakes.
BUT.
Come on… Hawaii?! I am a torn soul; half wishing we could go back and live there in a heartbeat, and the other loving being HOME. It really is a case of “the grass is greener on the other side.” I know that, and I can acknowledge it. But still… it doesn’t make my yearning for Hawaii disappear. I think it’s going to be something that I deal with periodically from time to time until and maybe even after we visit there again. We WILL visit again. And if in the future of Matt and my life, we end up in Hawaii again… then I’ll rejoice. And probably miss Minnesota at the same time.
It’s that grass is greener thing…
Now, because I’m in this nostalgic – I MISS LIVING IN HAWAII- mood… here are some reasons why it is such a beautiful place. Why it is really [one form of] Paradise.
I miss seeing these everywhere. They come in so many different colors. They are the perfect hair accessory. 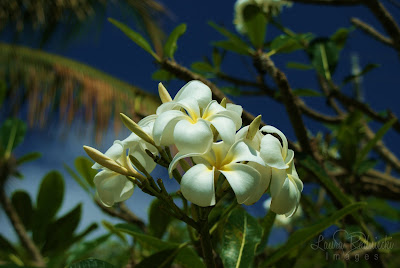 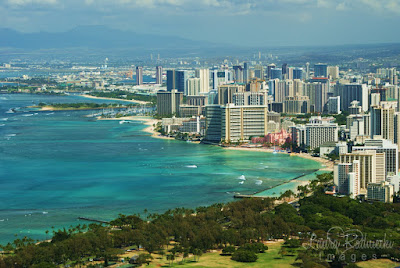 Ooohhhhh, Makapu’u Head. The views of windward side! Heaven. On. Earth. 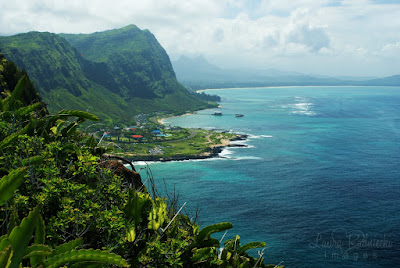 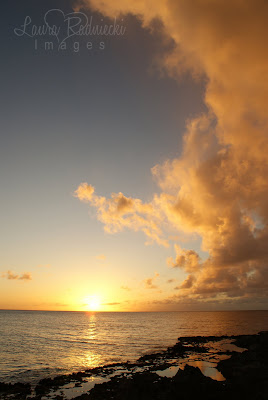 Every time I see this photo… I want to make my way to the nearest airport and head west. And not stop until I get to Oahu. 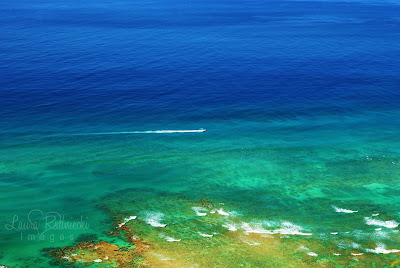 I miss you, Oahu.
Aloha,
Laura