When Matt and I were in Florida as part of our 2009 Road Trip, we visited Homosassa Springs in our way back up north. We were told it was a really neat place and it was somewhat on our way as we drove north for Minnesota. My parents wanted to visit the park during our trip this year, and I was happy to go again. I can now say, after visiting twice, that it is a hidden gem in central Florida, and that it is SO worth the trip. It’s basically a refuge for manatees to seek safety in the cold winter months, as manatees require 65+ degree water for survival. They also have a lot of other animals there that have been injured, like bald eagles with only one wing.
The first time Matt and I went to Homosassa Springs, we drove right to the actual manatee tour location. This time, we parked at the visitor center off the highway. To get from the visitor center to the manatees, you can either take a tram or a boat. We opted for the boat and were given a short 15 minute boat cruise through a small river where the guide told us about the vegetation and about the type of animals that are frequently seen. It reminded me of Matt and my swamp tour we took in southern Louisiana during our road trip, so I was loving it. 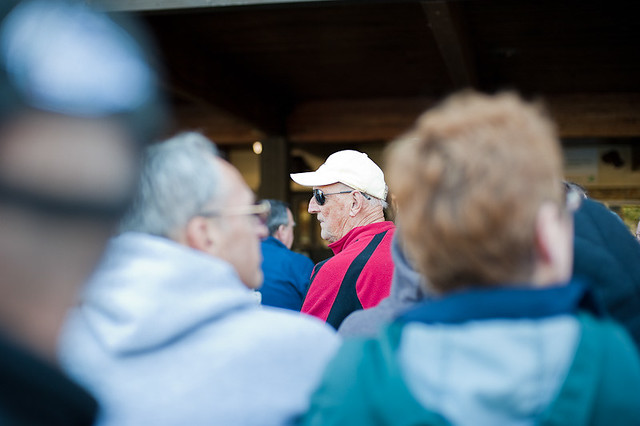 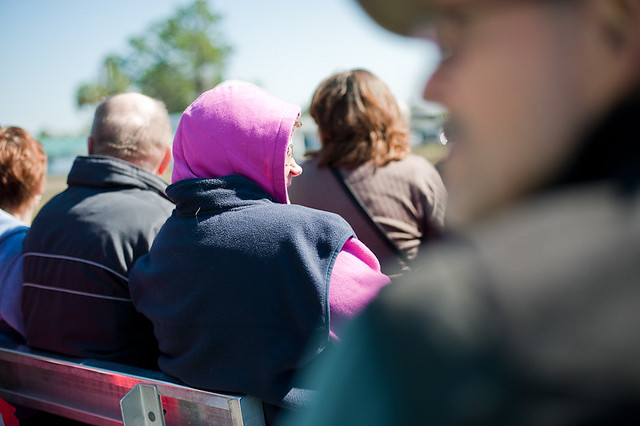 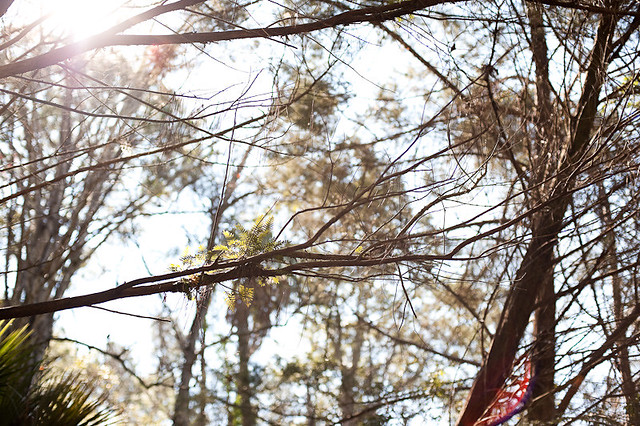 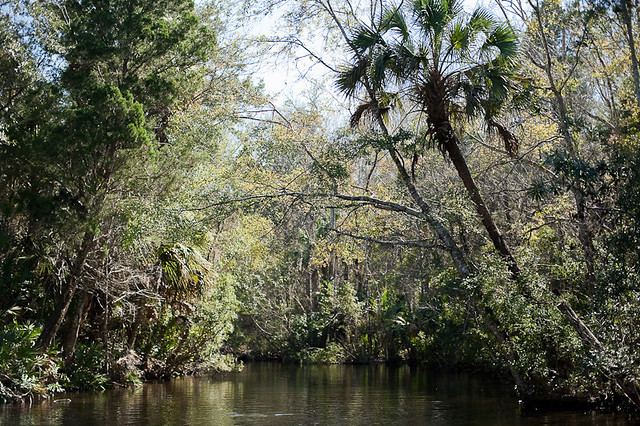 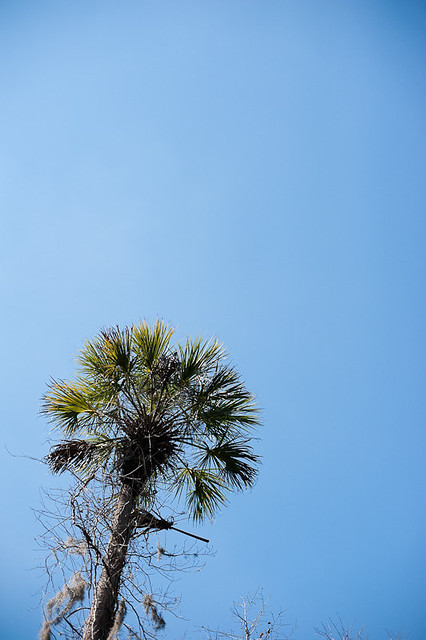 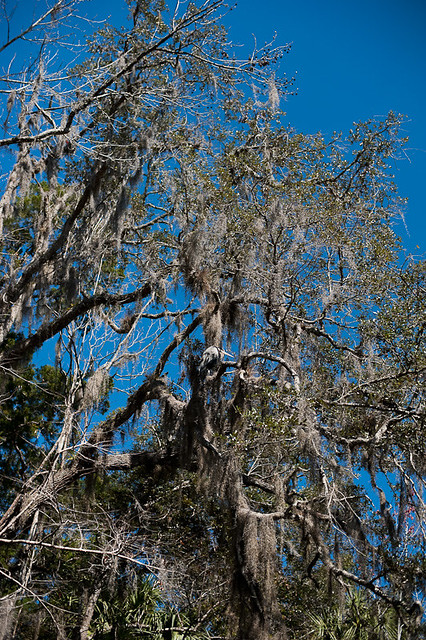 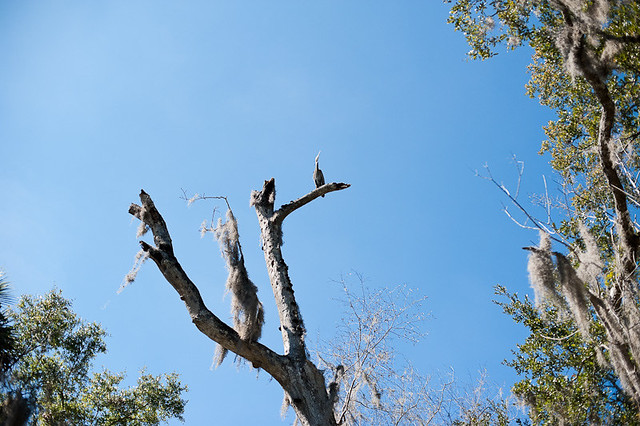 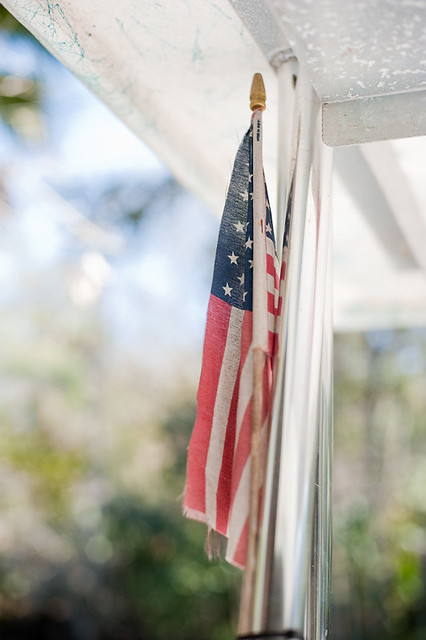 After the river boat ride, we began our tour of the park. It was a chilly day – the high was 50 and it was a little breezy. Layers were key! 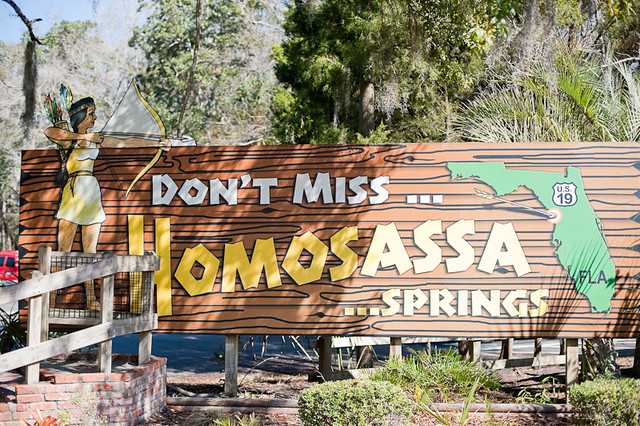 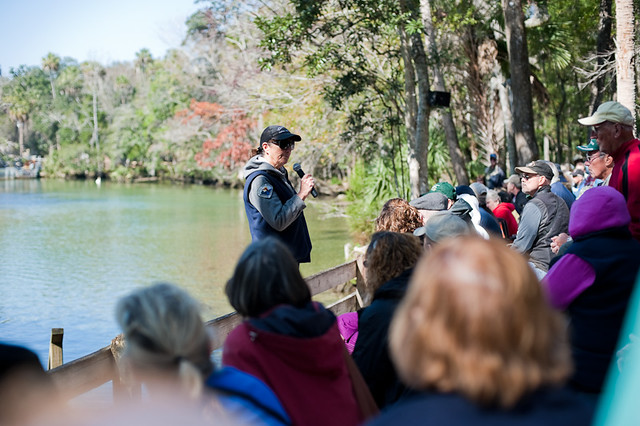 After listening to a little presentation about the manatees and about how the park serves them, we began to walk the loop. 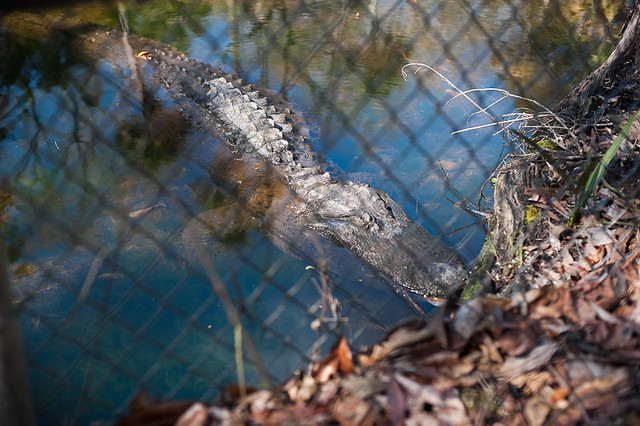 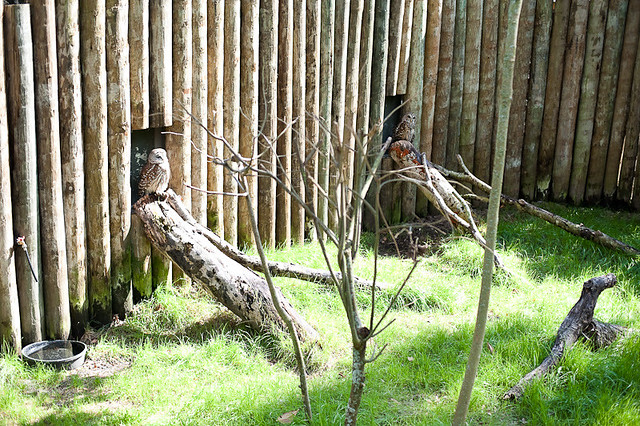 I’m pretty sure it might have been mating season because all of the birds were going crazy. The flamingos were squawking and making hearts with their beaks [or that’s what it looked like to me haha!] and the other birds were doing a crazy jump thing. 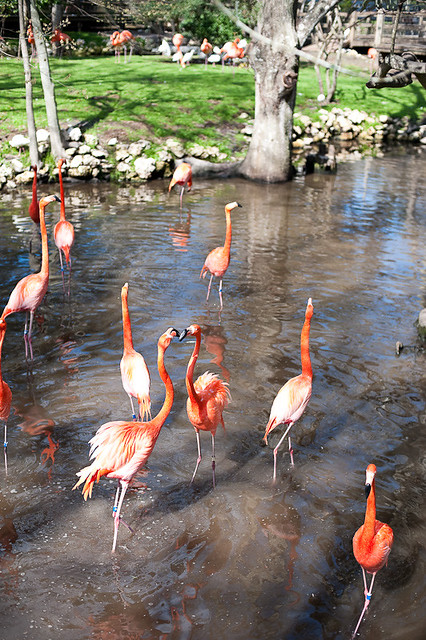 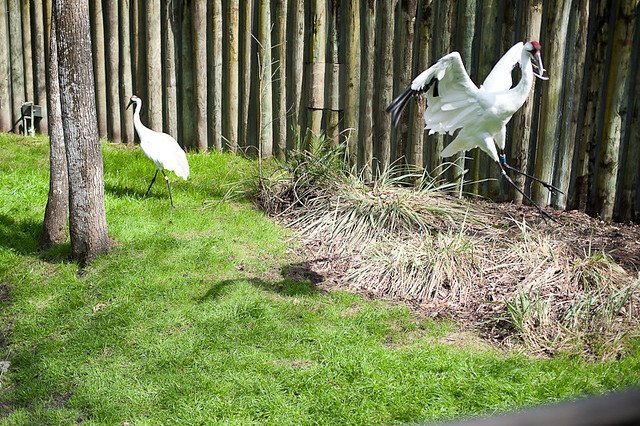 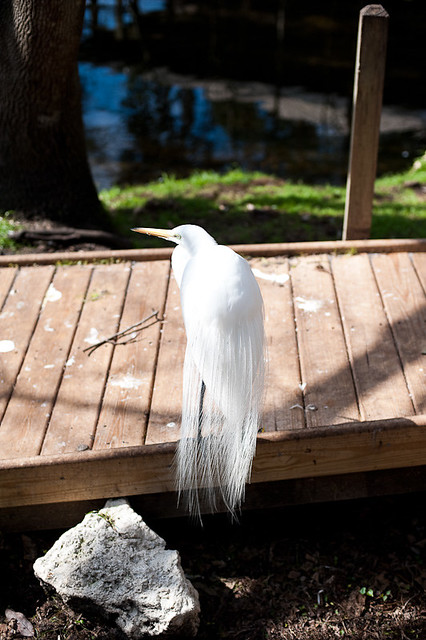 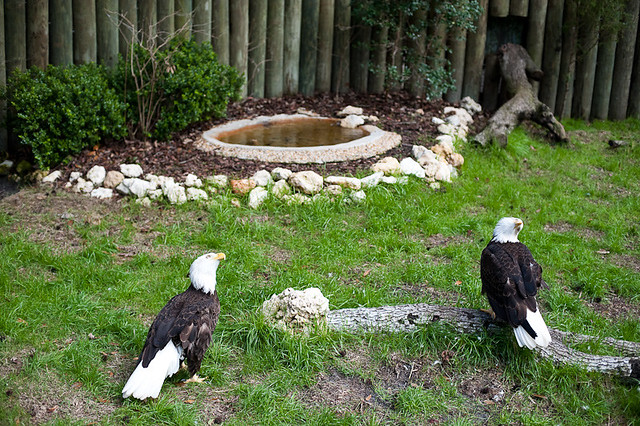 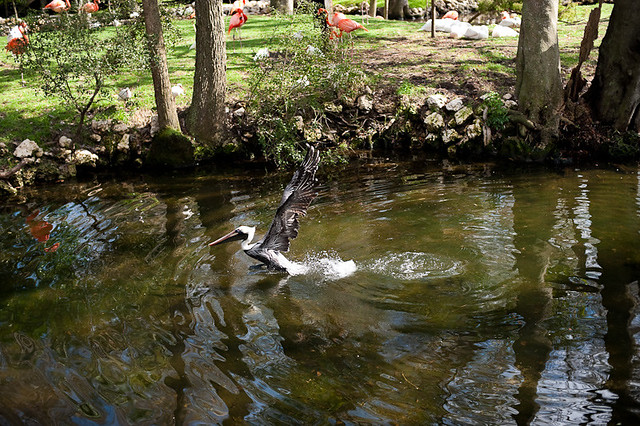 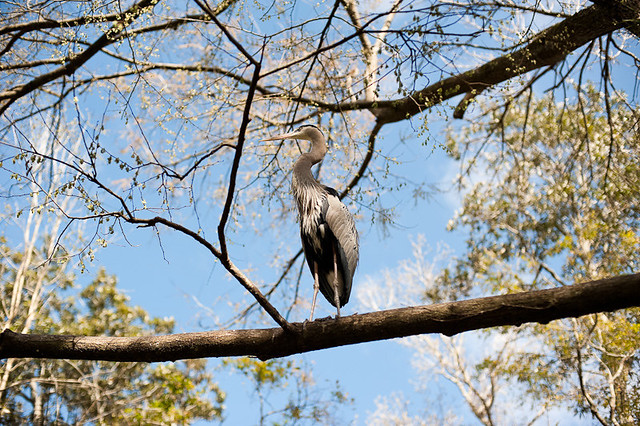 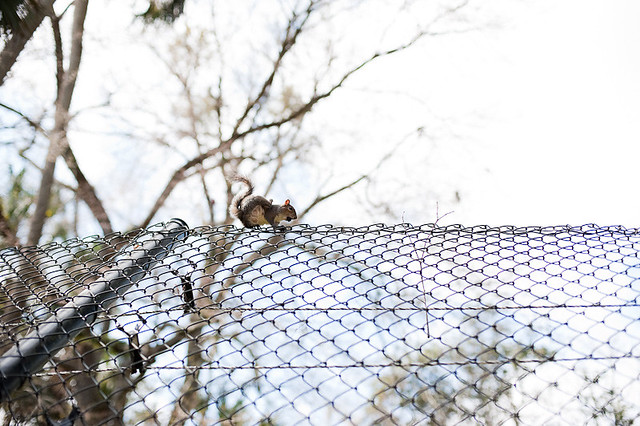 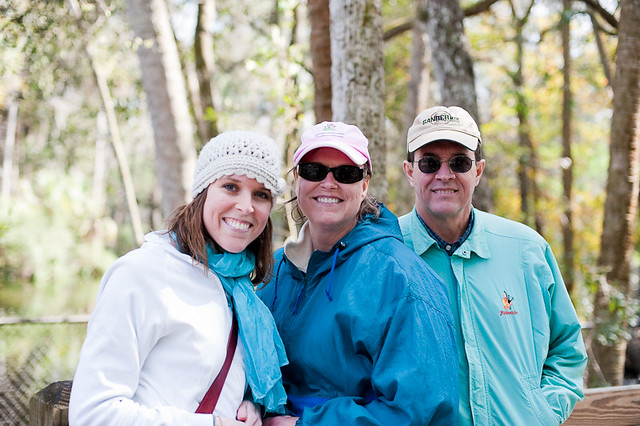 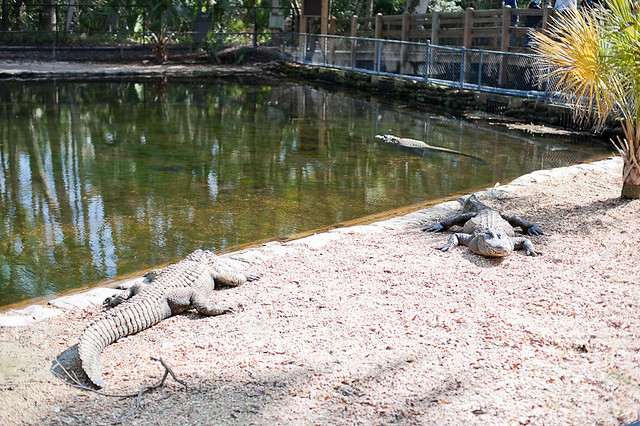 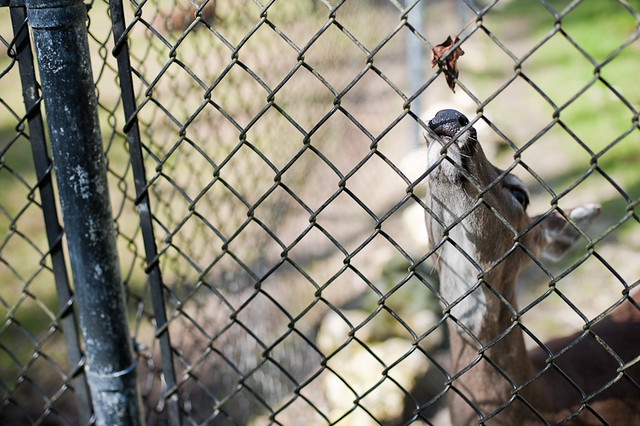 After seeing all the animal displays, we came to the manatees. There was a mama and her baby manatee swimming around, eating. These are wild manatees, that come from the gulf into the reserve because it is fed with spring water. The spring water is warm – at least 70 degrees at all times. So the manatees escape the cold ocean waters, as well as the dangers from boats and their motors by seeking refuge in the wildlife park. We were told that 400 manatees died last winter because it was so cold in Florida. On a lot of the manatees, you can see huge chunks missing in their tail fins from the props of boat motors. Manatees swim near the surface so they are an easy target for passing boats.

This photo is my parents and I, and a manatee: 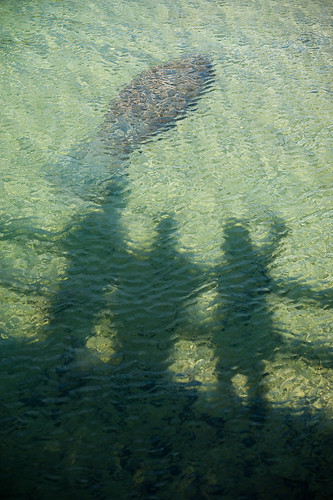 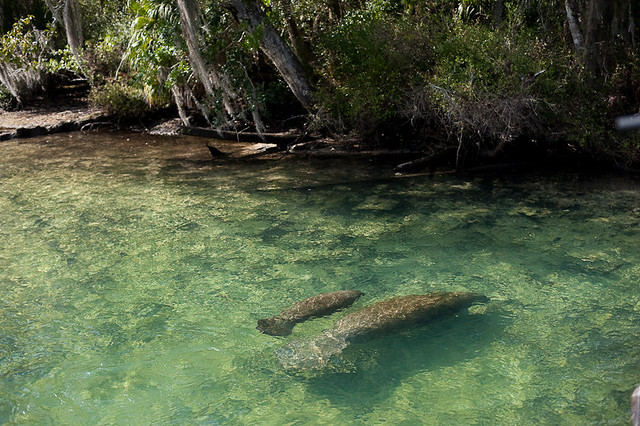 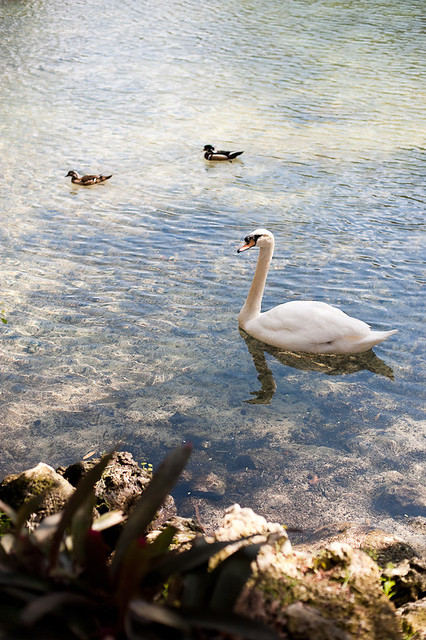 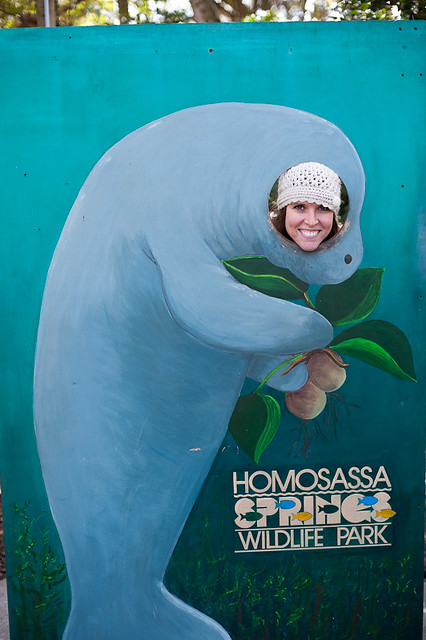 If any of you find yourself in central Florida, head west toward the gulf. Homosassa Springs is awesome. There’s a bunch of informative displays, as well as videos about the manatees. There is a great gift shop, as well as the park itself is fantastic. The boat ride was awesome, and I wouldn’t have minded riding it back and forth another couple of times. There’s something special about being on the river, surrounded by nature, without any houses or manmade things besides the boat you’re riding on. I know I’ll be back again to visit Homosassa, the next time I’m in Florida. It’s easy to fall in love with the manatees – they are such an odd looking but extremely cute animal.