Matt and I have been together for almost a decade, and since his sister is 10 and a half, that means that I’ve watched her grow up from a 13 month old little baby to the 4th grader she is today. She’s been involved in a variety of activities and I’ve loved to watch her different shows over the years. She’s now devoting her time to her two favorites: skating and gymnastics. The other week, I went to watch one of her gymnastic practices and of course, brought along my camera. I almost never leave home without it, I tell ya.

I had fun snapping some photos of her practice, but the real fun came later when I uploaded them to edit a couple. Turns out that I caught a couple of funny expressions and some sweet happenings in the background. Let’s take a look…

First, we have her using her skating skills with her turns. 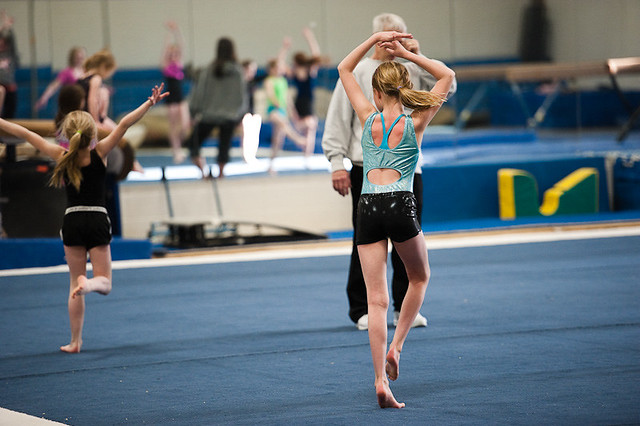 Look at that jump! 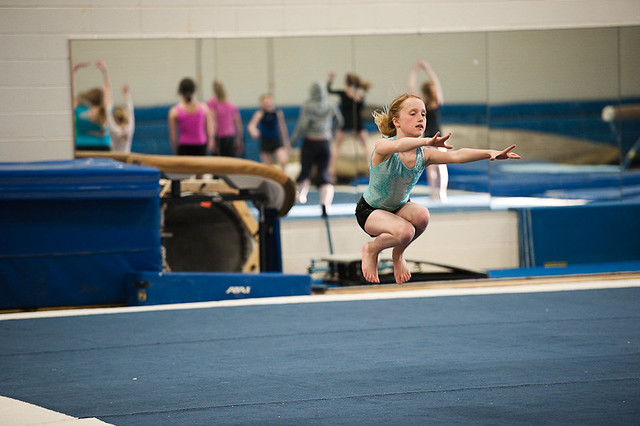 See the girl in the pink on the vault? 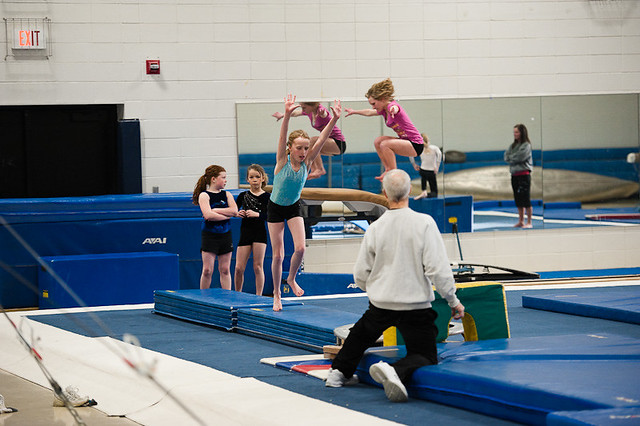 How about here, the girl in orange practicing her front tucks? 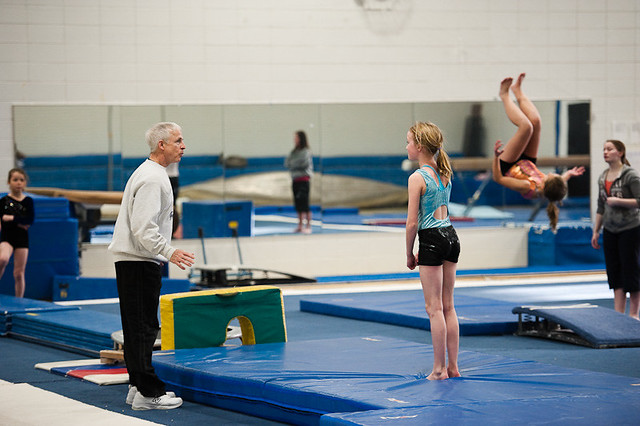 This is when they started arguing over who farted. 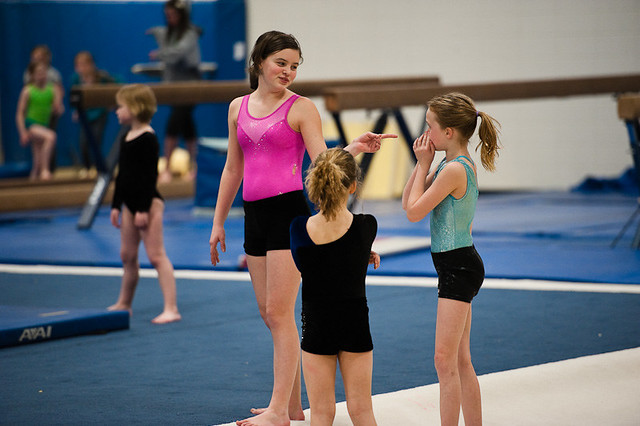 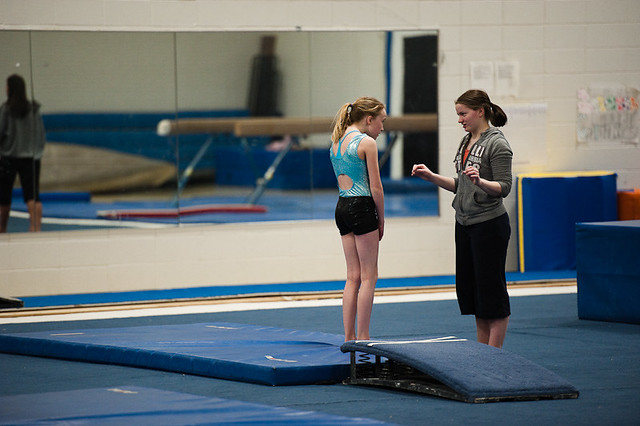 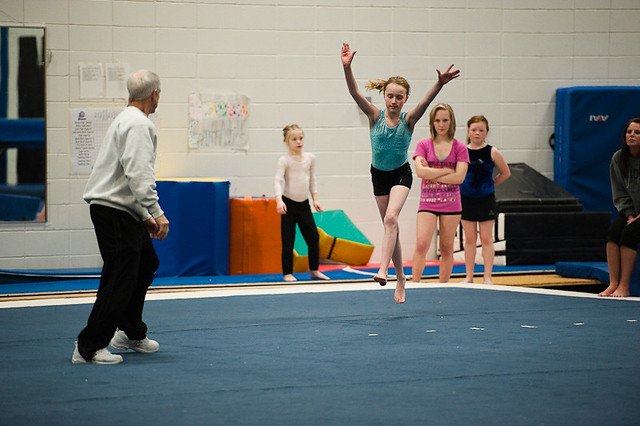 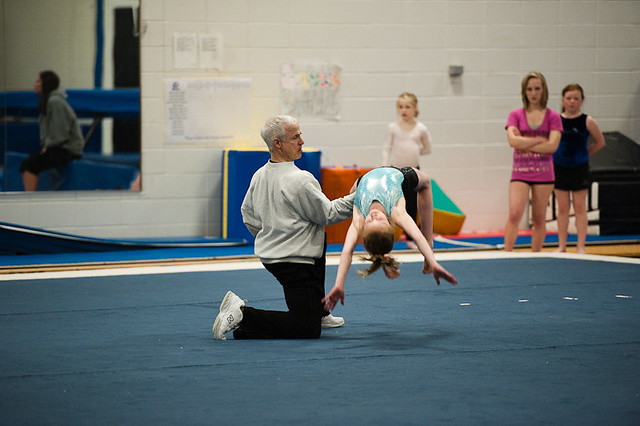 I think this was actually her wiping her hair out of her face, but it looks like she’s saying “Oofda. That was a doozie.” Or something like that. 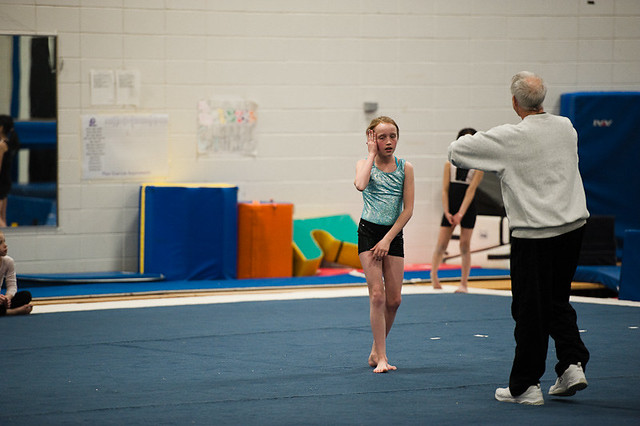 And then one of the instructors did a little cross-floor tumble of her own. 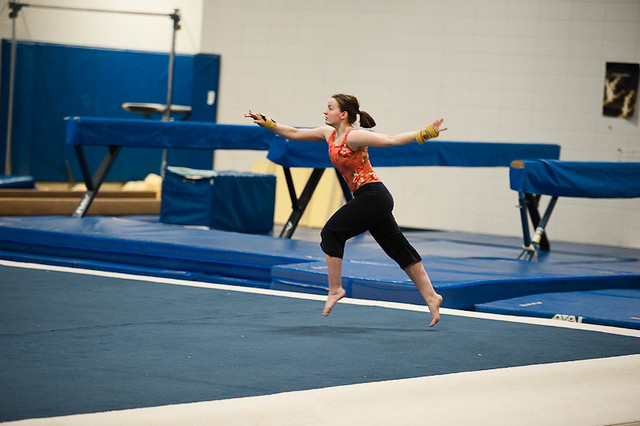 The second best part of this picture, aside from the upside down position of the orange girl, is the girl in green sitting down. She was saying what we all were thinking, “WOAHHHH!!!!” 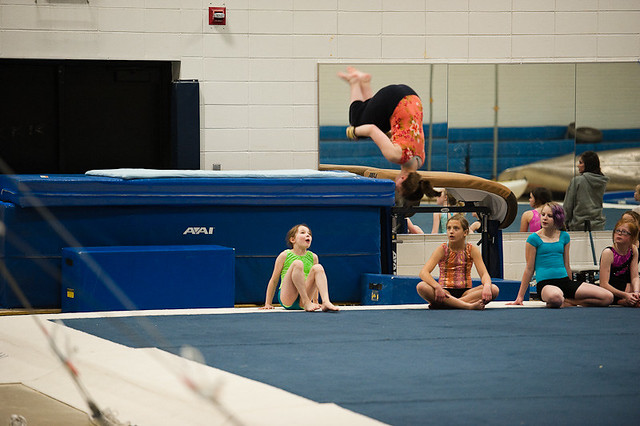