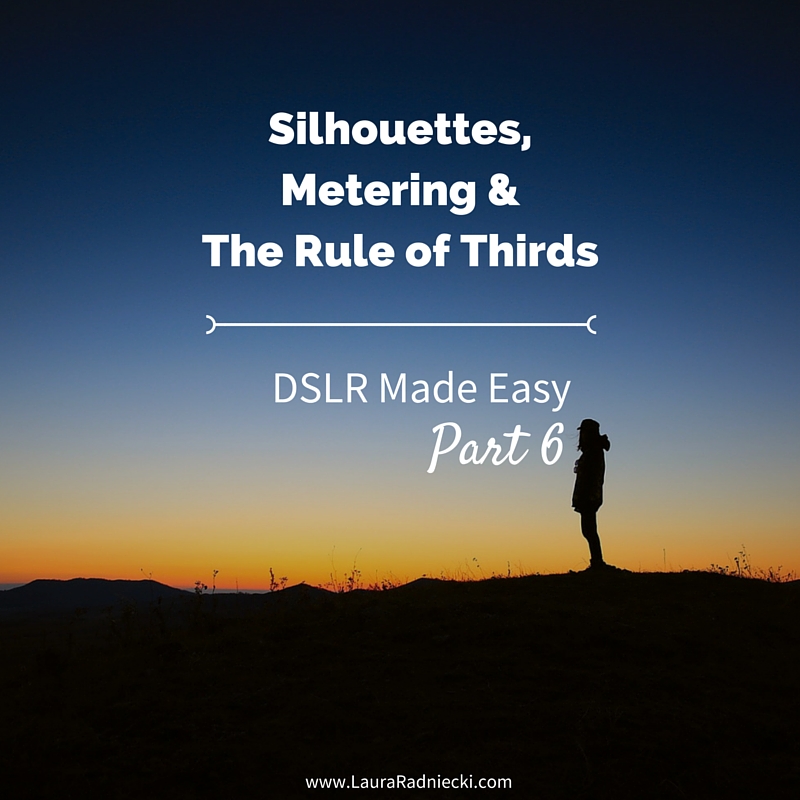 Silhouettes, Metering and The Rule of Thirds

With that knowledge [from the previous 5 Parts of the DSLR Made Easy series] and a lot of trial and error, you can really become familiar with your camera. You can use those manual controls to make specific effects in your photos, like silhouettes.

Metering is the act of using the exposure meter in your camera to judge the amount of light needed. It sounds so complicated; I know. That’s what I thought when I first heard of it too. But it’s really not. We covered the basics already; picking your aperture [or your specific shutter speed] and then adjusting the second to create a properly exposed photo.

A lot of the time, metering isn’t really thought about. It’s not greatly involved because the light is pretty evenly dispersed throughout the setting in which you are photographing. If you are taking photos in a room and there aren’t any major windows or maybe everything is lit pretty evenly and thoroughly, then there won’t be much of a difference in light in the room. But, if you are taking photos of a building, against a sky, then you will have some difference in the strength of the light. There’s where metering comes in.

If you are like me, then you have been out taking pictures, and you’ll try to take a picture of something only to look at the result and say, woah, that’s way too bright. Or that’s too dark, you can’t even see anyone’s face! The usual culprit of this is because your camera was metering off of the wrong subject.

Here’s an example. You are taking a photo of a tree, outside. You set your aperture at f/5.6. Then you point your camera [the middle of your viewfinder] at the tree. You scroll the shutter speed dial until the light meter in the viewfinder is around 0. A properly exposed tree results!

Now, instead of pointing your camera at the tree, point it up to the sky. You’ll see that the exposure meter will sky-rocket and tell you that your photo is going to be TOO BRIGHT if you leave the shutter speed where it is currently at. This is because the sky has much more light than the tree does, so you need to compensate for that. So you make the shutter speed faster, and limit the amount of light coming in, so that your photo will show up and not be too bright.

If your camera is metering off the sky, it’ll tell you that you need to have a fast shutter speed to compensate for all the light coming in from the sky. In return, if your tree is in the photo too, it will be very dark. The opposite is true – if you are metering off the tree and you pick a shutter speed that lets in enough light for the tree to show up, then your sky will likely be very bright. You might not see much except a big white wash.

So, your photos that aren’t turning out right are a result of incorrect metering. You can use the concept of metering to determine what settings of exposure you’ll need for the subject of your photo.

How do I use the process of metering to achieve a silhouette? I’ll tell you!

Silhouettes occur when the subject is very dark in the photo and seems black compared to the background.

I’m sure you have seen some stunning silhouette photos; I know I have! They are pretty simple to do once you understand metering.

If I’m trying to take a normal, everyday photo of Matt at the beach during a sunset, I want to meter off of his face so that I make sure his face shows up as properly exposed. Because it’s getting dark, I’m going to need more light [a slower shutter speed] to make sure Matt’s face shows up.

The flip side of this is that my sky will usually be pretty bright and my sunset might not turn out too well, because it’s getting too much light still. 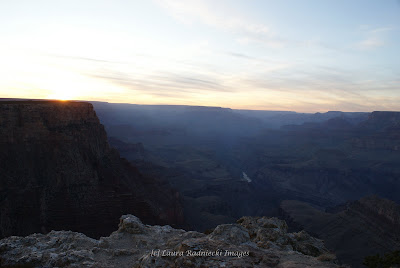 See this photo of the Grand Canyon. It’s sunset and in order to make the depth of the rocks in the canyon show up, I had to pick a pretty slow shutter speed to let enough light in to expose the bottom of the riverbed. See the sky, how it’s blown out [too bright]? In order to see the bottom of the canyon, I let in light, which made the sky turn out too bright.

A silhouette is the opposite of this. You meter the sky instead. If Matt’s standing in front of me, I’ll point the camera at the sky and pick my shutter speed value off of the sky. Since the sky is bright, it’ll tell me that I can pick a pretty fast shutter speed in order to control the light in my image. Once the picture is taken, Matt will be a big black figure. That’s what happens when there is no light to expose his face.

But the sky will likely be bold, bright and beautiful because it is properly exposed. A silhouette is achieved! 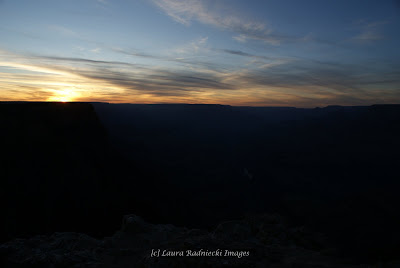 Here’s another photo of the Grand Canyon. It was taken right after the previous one. This time, I metered off of the sky. The sky shows up bold and colorful because I used the sky’s readings to control the amount of light I let in. The sky is properly exposed. But the return is that the canyon floor and the rocks right in front of where I was standing didn’t get much light on them at all. The result: blackness. Hence, the silhouette effect.

Try it! If you want to achieve a silhouette, point your camera at the sky and pick a shutter speed based on that value. For the moment, ignore your subject. Then, when you take your photo, your subject will turn out solid black, and the sky behind it will be bold and colorful. Oh, the magic of the Silhouette! 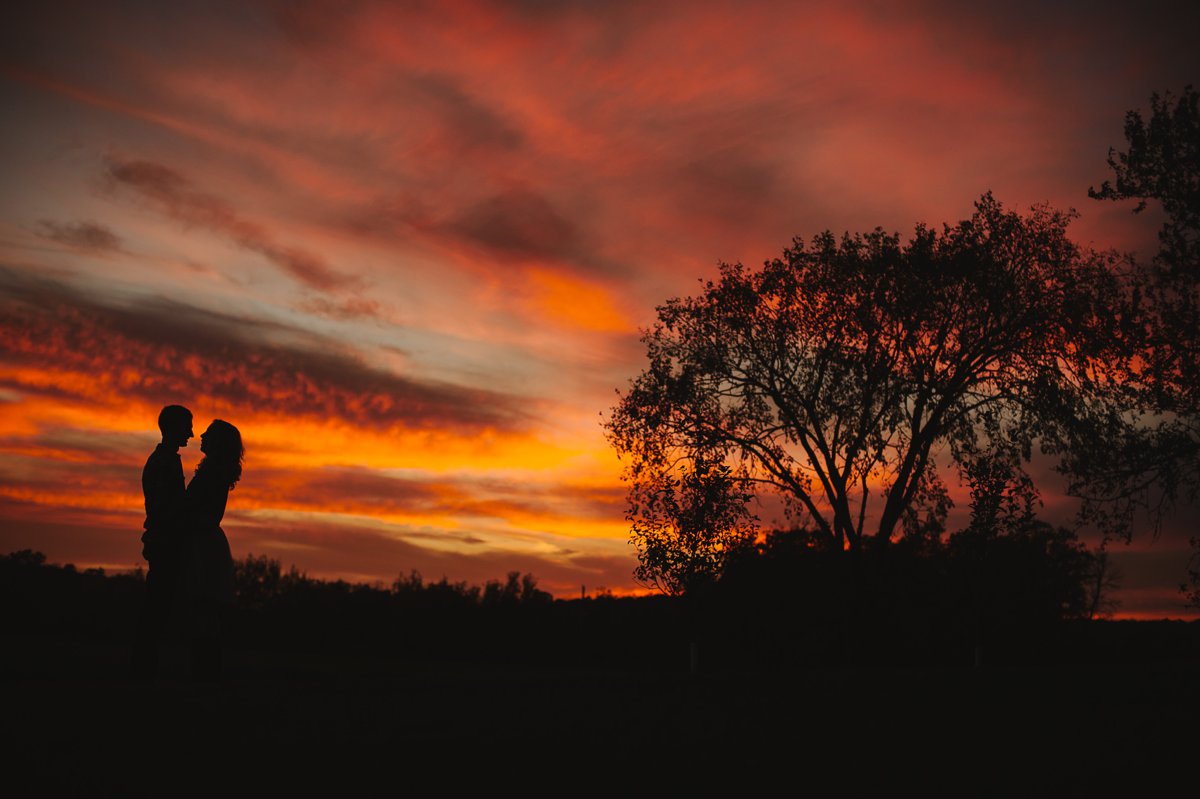 The Rule of Thirds is part of the more general photography aspect called Composition. Composition is essentially: creating your image. What the subject of your photo is, what makes up the background, where in the frame everything is situated, etc. Composition is a crucial part of photography; it makes the photos visually interesting to the eye. 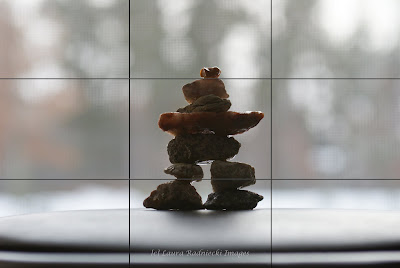 The Rule of Thirds breaks up an image into three parts the vertical way and the horizontal way.

The theory goes that when an image has its subject positioned on one of those ‘third’ lines, or at the intersection of any horizontal and vertical line, it is more visually pleasing than if the subject was in the dead center.

This is often just the opposite of what we would typically think. We would think that the subject should be right in the middle, and for a Type A person like me, it’s sometimes hard to think that offset might be better. Type B people might always shoot off to the side. I’ll ask my husband… haha, kidding Matt! 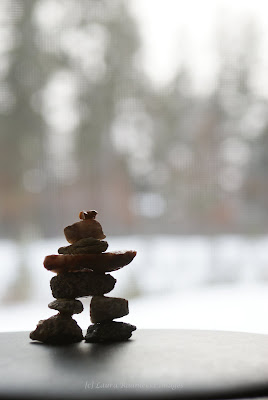 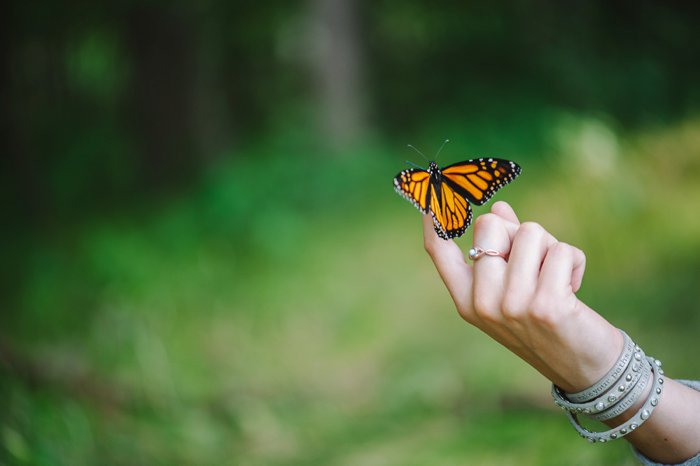 There are some situations when I choose not to follow the Rule of Thirds. It depends on what I see when I’m taking the photo, but there have been times where I’ve just felt that it would better suit the image to be centered. Whether others would agree, that’s up for argument.

But, just know that you might run into circumstances where you feel like a centered image would be best. Follow your gut, or better yet, take two photos: one centered and one following the Rule of Thirds, and then you don’t ever have to wonder or wish you’d had both. 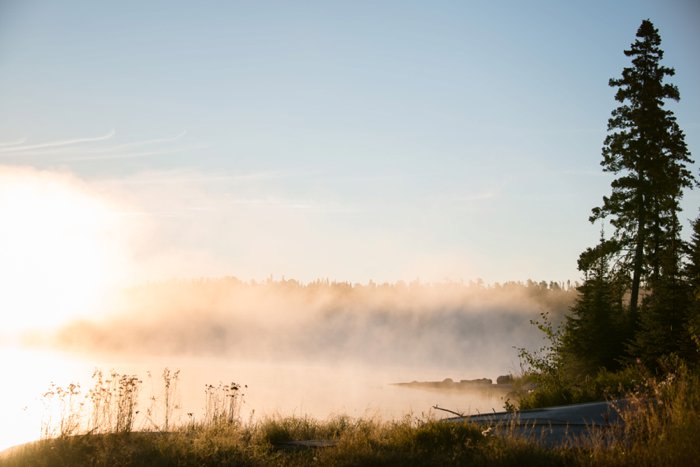 Up next is Part 7 in the DSLR Made Easy Series: Night Photography.