Today’s Part 4: Manual Mode builds off to the three previous posts in the DSLR Made Easy series. If you haven’t read them, go back and prepare yourself before continuing onto this one.

This next part is mostly about your own trial and error, through the viewfinder of your own camera.

So read slowly, read deliberately and play around with your camera long and hard.

Here you go; the secrets to Manual mode & settings, and complete camera control. 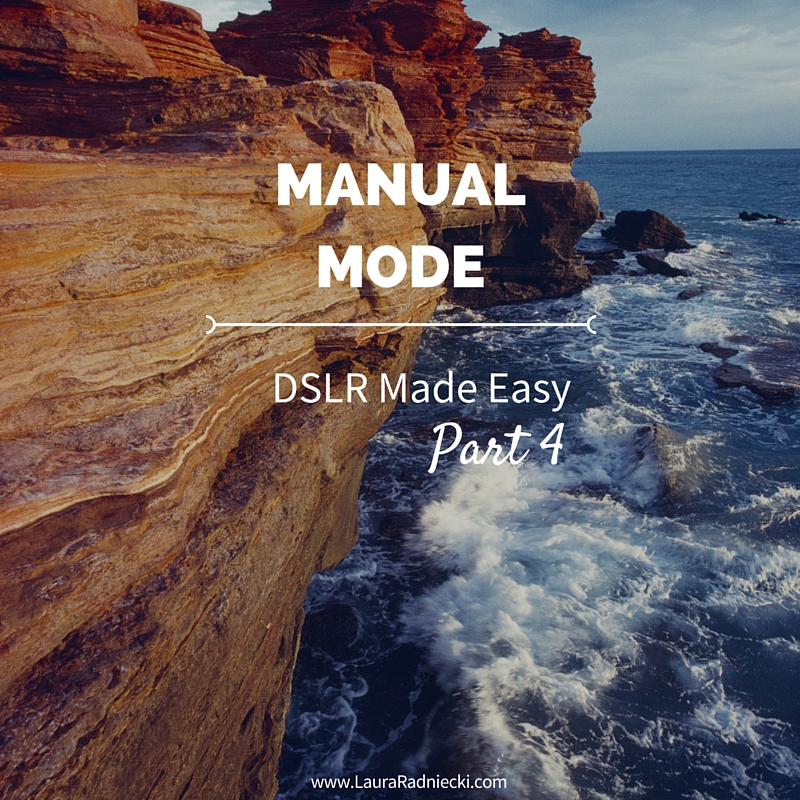 Next, let’s talk about the exposure meter that is built into your viewfinder.

When you look through the viewfinder of your camera, you’ll see a meter that has -2, -1 0 1 2 written on a line, with little hash marks marking the increments between each number. Then there’s a little marker that is constantly moving along the meter, depending on where you are pointing the camera at. That little marker is telling you where the exposure is at. 0 means perfectly exposed. Not too bright, not too dark. 1 and 2 mean that the picture is on the overexposed side, or brighter. The -1,-2 are on the underexposed side, meaning darker.

This is the tool that you use to determine what settings are needed in order to make sure your photo turns out like it should.

When you are using A-priority mode, you pick the f/number. Then your camera picks whatever shutter speed is needed to make it so that little marker lines up on the 0. If you have it at f/8, your camera might pick a shutter speed of 1/60 to make the market at 0. If you decided to let more light in by opening up the aperture hole [you set it at f/5.6 now], then your camera needs to compensate for that extra light let in, and make the shutter speed now 1/80, to keep the marker at 0.

See how the aperture and shutter speed work together to control the amount of light that comes into the camera to make your image? That’s the basics of creating your image.

That is how Manual mode works. You have full control over both the aperture and the shutter speed settings. What you do first is to decide what you want your aperture to be set at. You set the aperture to whatever you pick.

Then, while watching the exposure meter, you alter the shutter speed until the marker lines up on 0. You can also make it a little on the light side or a little on the dark side, depending on what you want it to look like.

That’s the secret behind manual mode!

Don’t fall into believing the lie that I used to believe. I used to think that I had to have this magic memorization chart in my head – ok, it’s sunny, and my aperture is f/4, so my shutter speed should be _____.

You DON’T need to know that.

You don’t need to know the usual ratios, based on the conditions. That is what the exposure meter is for. It tells you when you are getting close to 0 – to a perfectly exposed photo. That’s when you know what you need to set your shutter speed at. Or, if you have a particular shutter speed that you want to use [say, for the waterfall example that I used before], then the exposure meter will tell you when you’ve reached an aperture setting that counter balances the light coming in from the slow shutter speed. [What would it be? Slow shutter speed – lots of light. So then you’d need less light from your aperture… Big f/number, small hole, less light. Right? Does that make sense? Yes, it is starting to!]

Play around with your Manual mode: M. Sit on your couch, and fiddle.

And truthfully, as long as the little marker is between -2 and 2, the photo will be pretty decently exposed. If it’s at 2, it might be pretty bright. But it’s not going to be totally white. If you don’t see the little marker anymore [on my camera, a small arrow starts to flash if I’ve gone below or above the -2/2 increments] then that means you’re in the ‘danger zone.’

If you take a picture when the marker is below the -2 marker, it will most likely be so dark, you won’t see anything.

If you take it above the 2 marker, it’ll have so much light in the camera, you won’t be able to see anything in the photo.

Play around with it… watch what happens to your images as you change try different combinations of numbers! 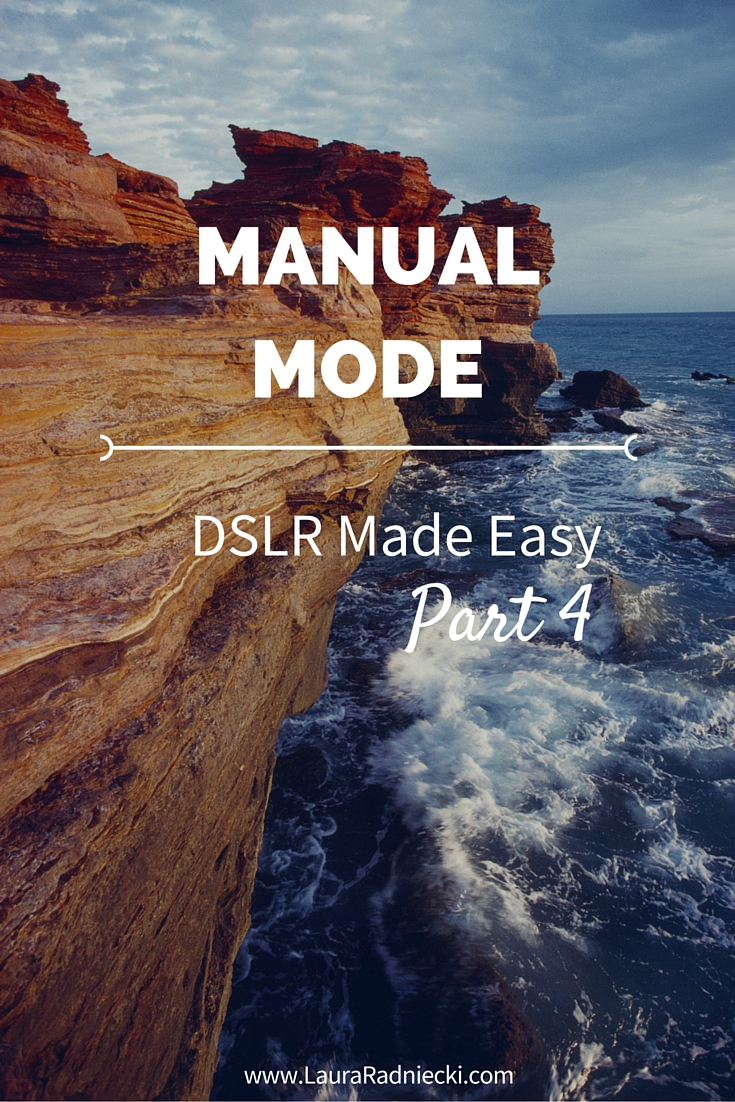 Next up: the truth about ISO – DSLR Made Easy Part 5!