My sister-in-law [Matt’s little sister] has been in a variety of activities for years. She’s swam, danced, ice skated, and done gymnastics since she was 3, but this year – her 4th grade year – held something new and different for her.

She started to compete in skating this year.

All of the competing I did in my life – basketball, tennis and dance – were all team sports. I swam competitively for one year, but there were always at least 5 or more other swimmers in each race. I played a flute solo once and I remember almost shaking and sweating to death on stage. My point is, my life of competition has been in groups.

My sister-in-law, who’s brand new to competition, competes by skating solos out on the rink! In fourth grade! I am so proud of her!

I was able to go along to one of her competitions this past weekend. I had never been to a figure skating competition, so I had no idea how they work. The first part, called the compulsory [I think??] competition is where they demonstrate their skills. For this part, the rink is divided in two, with two skaters from different levels demonstrating their skills at the same time. There is no music – it’s all done silently, so the two skaters don’t disturb each other. There are two sets of judges; one set watching each skater. The skaters show off their skills and then are done with that part. The second part of the competition [which I wasn’t able to see because I had to leave for another photography event] is where each skater does a routine to music. By themselves. Out on the ice with everyone watching.

Did I mention I’m so impressed with Ashley’s ambition, bravery and skill?

It was so fun to watch her skate, and I am amazed by how good she is. I sometimes forget that she’s not 4 anymore. She’s 10. And might someday be taller than I am.

Practicing her skills on her warm up ice time. 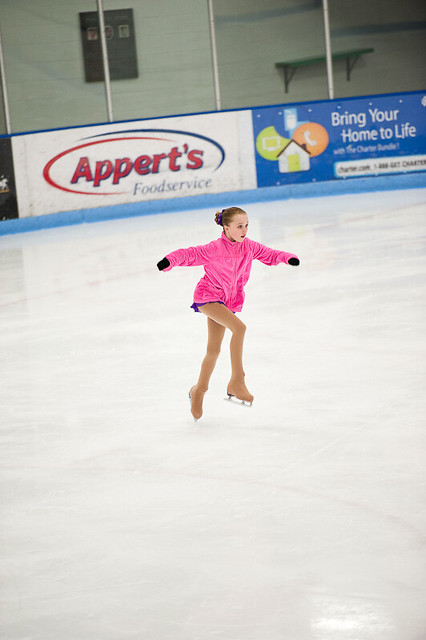 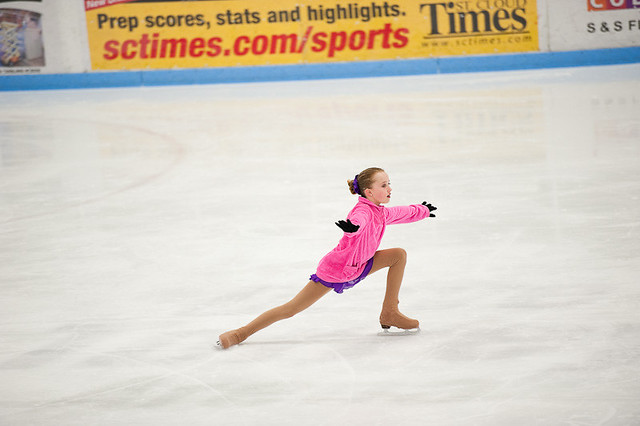 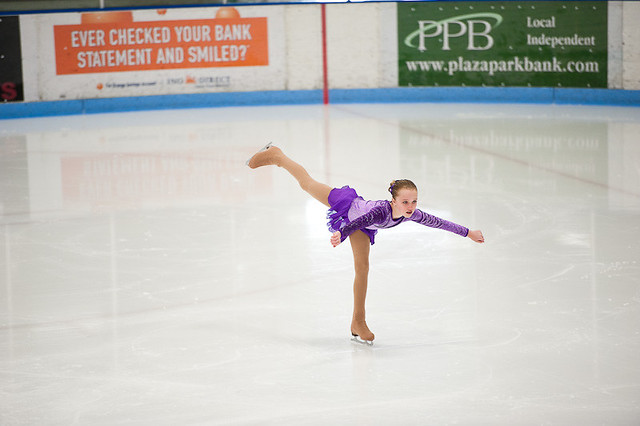 Showing off her 2nd place medal for the compulsory phase. 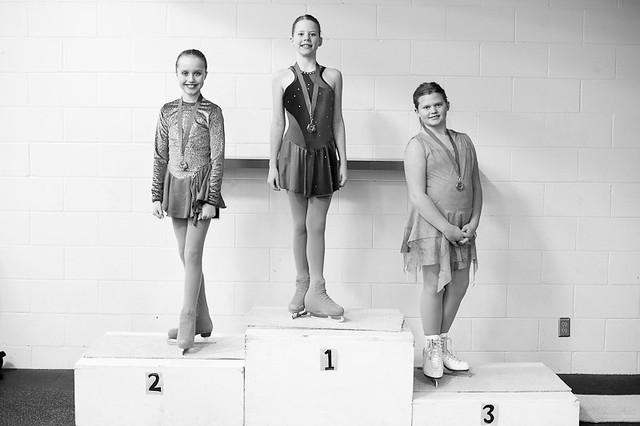 She tied for first place in the with-music [not sure of the technical term?] part. It’s scored based on a numerical scoring system, so that is how there can be a tie. Two skaters end up with the same total numerical score when each of the categories is added up.

So proud of you, Ash! xoxo, Laura