This fall has been weird and amazing. September was a little chillier than average. That was followed by a very balmy stretch of Indian Summer [why is it called that? Anyone know? Google?] and I shot some portrait shoots in 75-80 degree weather, in October. It was amazing!

The leaves turned brilliant shades of red, orange and yellow, and coupled with the green grass and blue skies, it was a photographer’s paradise out there. I didn’t really think about what was coming, except I noticed the leaves starting to drop and the trees becoming bare.

Then, last week, I heard the words that seem to strike a sense of fear in those of us who love the warm weather. If you are a snowmobiler, then well, you love that four letter word. “Snow.”

Sure enough, last weekend, we had non stop rain for the better part or 3 or 4 days. Then, Matt called to be from the living room and said, “Come, look at the radar.” Sure enough, a HUGE stretch of winter weather was headed right towards us, and stretched all the way west to Montana and up to the Canadian border. Woah.

We carved pumpkins that night, and then an hour after putting the pumpkin outside, we opened the shades to check on the weather. Sure enough, our first snow storm had arrived. The rain of the last few days turned to snow and it was coming down fast.

It’s weird how fast snow can make it feel like winter. One hour before, it looked like fall outside, and with the white stuff sticking to the ground, I was instantly transported to winter feelings. Wanting to dig out my boots. To get my mittens out. It’s almost here. 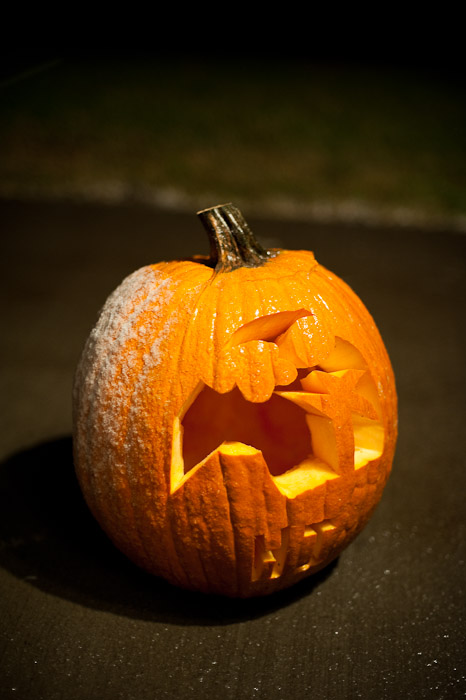 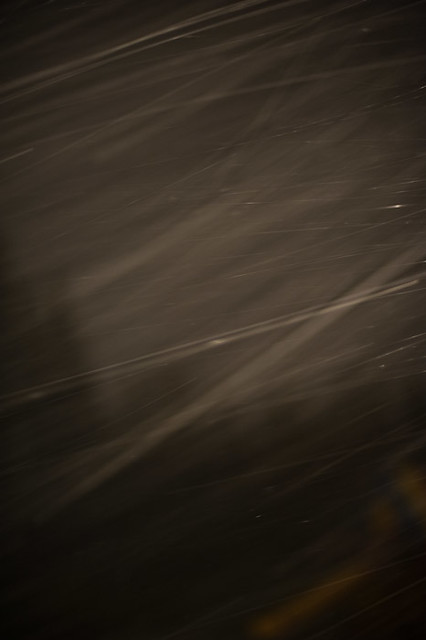 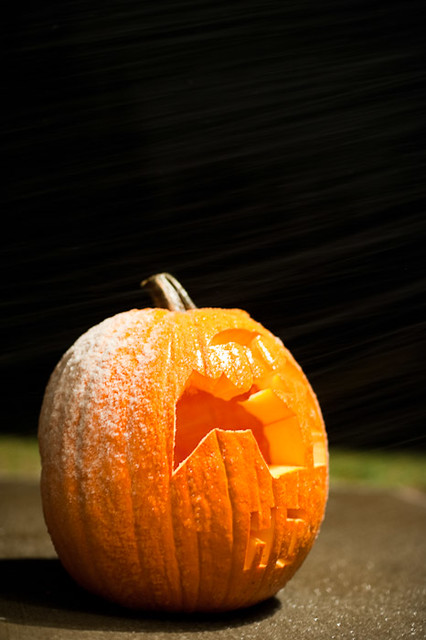 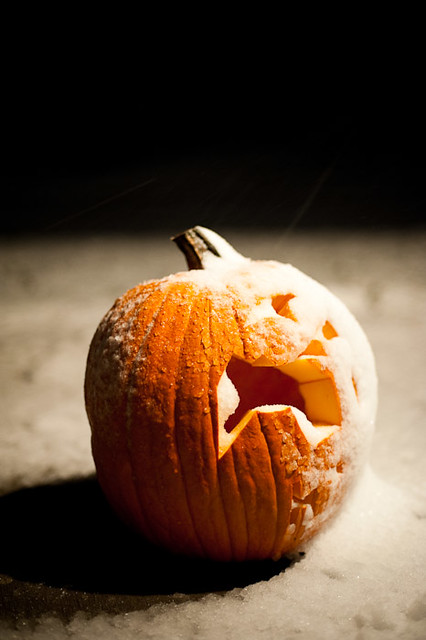 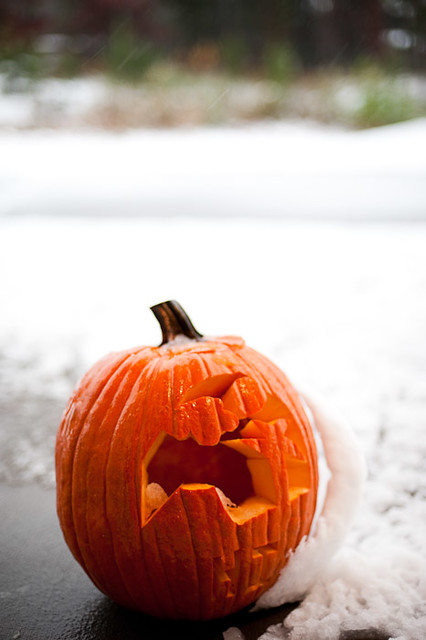 The next morning, the snow covered everything. We had to scrape off our cars, and I wore my boots. It was winter, overnight.

But then, the sun came out and the snow started to melt. Right now, we almost snow-free, except for some big snow drifts from the snow plows. Yeah, we had snow plows out already! As I write this, the sun is streaming in my window. Not a bad sight, as it is now November.

My goal is to enjoy the sun, for as long as it will still shine this fall. To savor the green grass and the few leaves that are left on the trees. To wear my in-between clothes [not warm fall, not winter yet] and to ease into mittens, hats and boots. To look for the beauty in the changes from fall to winter, like the frost that has been coming in the mornings.

Because soon, the snow will come, and it will stick past a few days. Winter is coming.

Luckily for me, I ADORE the holiday season. I absolutely LOVE the stretch from Thanksgiving through New Years, so I am totally happy with snow and the chill through early Jan. Then, I start to get tired of it and the longing for spring begins.

I am so thankful to have 2 early 2011 trips to look forward to. To offer an escape from the cold weather. Matt and I are going to visit his family in Sacramento, CA in early January for a week. Then, in early February, I am going to central Florida to visit my grandparents and aunt and uncle. They will be much welcomed escapes from the frozen tundra that is Minnesota in Jan/Feb.

But for now, while the sun is shining, let’s bask in the glow of November, in Minnesota. Snow flurries, below freezing temps, ice fishing, Christmas caroles, decorations and holiday cheer are right around the corner.