It’s been a few days since I wrote Part 1 of our Adventures in Sleep Training update.

I was worried to share our good start because after months and months of poor sleep, it felt so unsteady and risky to admit improvement. It’s as if uttering the words “He’s figuring it out!” would make all of our progress come crashing down.

We are working with Pam of Wee Bee Dreaming Pediatric Sleep Consulting, using a modified Ferber approach to sleep training. More about my thoughts on finally hiring a sleep consultant and our first night of sleep training are on the blog in previous posts.

We sleep trained Raleigh to fall asleep for bedtime and naps without being bounced or rocked to sleep at around 4 months. He did wonderfully with it.

Our struggle was with night wakings. He would wake up 2-4+ times a night and couldn’t or wouldn’t go back to sleep without nursing. That’s what we have been working on fixing with Pam’s help.

Matt and I decided to cut night feedings from the beginning, in hopes of getting him to sleep through the night as fast as possible. Pam gave us the option of leaving 1 feeding in at first if we wanted to and then go down to zero after that, but we opted for zero from the start.

The first night, Raleigh woke up two different times and I waited the initial 20 minutes before starting any checks. After the 20 minutes were up each time, he was laying down, instead of standing, and he was whimpering instead of crying. So, working on soothing himself and putting himself back to sleep. I didn’t go in and do any checks; instead, I let him put himself fully back to bed. He did this in under 25 minutes both wake ups on night one! Hallelujah!

The next night, he did not stand up and cry at all. Not once!

It’s a common misconception that babies should be able to sleep all the way through the night without waking up at all. That’s not the goal. Even as adults, we wake up multiple times throughout the night, and then go back to sleep. This is normal, and often done without us even noticing. The key for babies is that they learn to put themselves back to sleep when they do wakeup. To not require our assistance to go back to sleep.

So for Raleigh, when he couldn’t put himself back to sleep, he would stand up in the crib, hang on to the rail and cry. This is what I consider a night waking for him.

On night 2, he did not stand up and cry at all. He let out a couple short whines or cries in his sleep throughout the night, and he thumped his legs a few times as he was getting himself back to sleep.

But no standing up at the crib and crying. I could not believe it!

For the first time in his entire life, he slept through the night. I had great news to share at our ECFE class on Friday!

The next night, he had a few sleep cries again around 1-2am.

At 3:30am, he woke up and stood up in the crib. He whined and cried for 5 minutes. Then, he laid back down, and within 3 more minutes, he was asleep. So, he settled himself and put himself back to bed in 8 minutes.

This has been our best night yet.

He fell asleep a little before 7pm and didn’t make any noise at all [that I heard anyway] until just before 5am.

Then, in my note pad that I am scribbling notes in, I wrote: “4:52am – Awake and sitting up. Deciding whether to whine.”

The next thing I knew, it was 7am and he was babbling in his crib, so he must have decided to go back to sleep without starting to whine. I clearly fell back asleep too and didn’t wake up until he was talking in the crib. 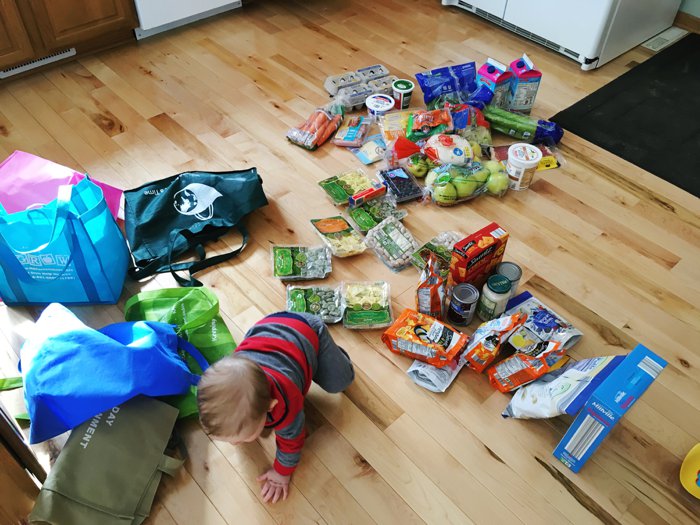 Last night was night 5 of our sleep training.

He woke up one time around 3:15am, stood up and whined at the crib railing. He was asleep 9 minutes later.

Then, he slept until he started to stir around 7am.

WHO IS THIS KID?!

I am so amazed and proud of how well Raleigh is doing with the nights. He was clearly ready to sleep through the night and learned quickly.

Things haven’t all been easy though. He has had some major nap time struggles since we started the sleep training process.

Some naps, he goes down easily and falls asleep quickly without hardly making a peep.

Other times, he stands, whines and cries. On Friday, the day after his first night sleeping all the way through, he refused to take Nap #1 and instead, stood and bawled in his crib for an hour. A whole hour of crying and fighting a nap. [Inset eye roll emoji here.]

He’s a tenacious boy, that one!

Part of this sleep training process is following a strict sleep and waketime schedule, so when he boycotted a nap, it was [is] stressful. Having activities we need to get to, like ECFE, make it even harder because it adds another variable into our schedule.

But really, two giant steps forward and one little step back – we are still making great leaps in the right direction!

I think we will only continue to learn and settle into a routine as we keep practicing.

I’ve been asked several times if I am feeling like a new woman with all this rest! Honestly, I think I’m so sleep deprived and have been operating in a deficit for so long that it’s going to take a lot more than 5 nights of no night feeds to make me feel rested.

I feel better, yes. But rested? Not particularly.

It has required some adjustment not feeding throughout the night. I had to move my 2nd pumping session of the day later in the evening to be able to comfortably last until the wakeup feed, after a super uncomfortable first night. I am figuring it out though.

As Raleigh continues to sleeps through the night and I don’t feel as much of a need to obsessively watch the monitor and listen for cries, I am finding my ability to sleep slowly improve. You would think that when you’re as chronically sleep deprived as new moms are, you would sleep like a rock when you had the chance. But I’m used to waking up every 2-3 hours. The first night, I was awake from 3-5am, staring at my ceiling! Now that it’s been almost a week, I can tell that I am sleeping better and I wake up less. Hopefully it will continue to improve until I can sleep all the way through from bedtime until morning without waking up to go to the bathroom or get a snack.

My hope is that as we continue to work with Pam [I hired her for 2 weeks of consulting] and continue to implement the schedule, Raleigh will get better and better at self soothing.

I also hope we can settle into a nap schedule that works for us and for the core activities of our week, all while still giving Raleigh the opportunity to get the rest he needs.

This is a habit we are building, and I know it takes both time and consistency.

Part of me wishes I hadn’t let things go unchecked for so long. If I would have hired Pam sooner, would we have been sleeping like this for weeks? Months?

Hindsight is 20/20 of course, and it’s hard to know how it would have worked earlier. I did let Raleigh cry one night a few months ago during a night waking, and he cried for 45+ minutes before I gave in and fed him. This sleep training has been far more successful than that, obviously. So, is it possible he wasn’t ready then? Or maybe the combination of routine, schedule, environment and sleep training method is the reason we are seeing success this time.

I am not sure, and honestly, it doesn’t matter.

I am just blissfully thankful that it is working! 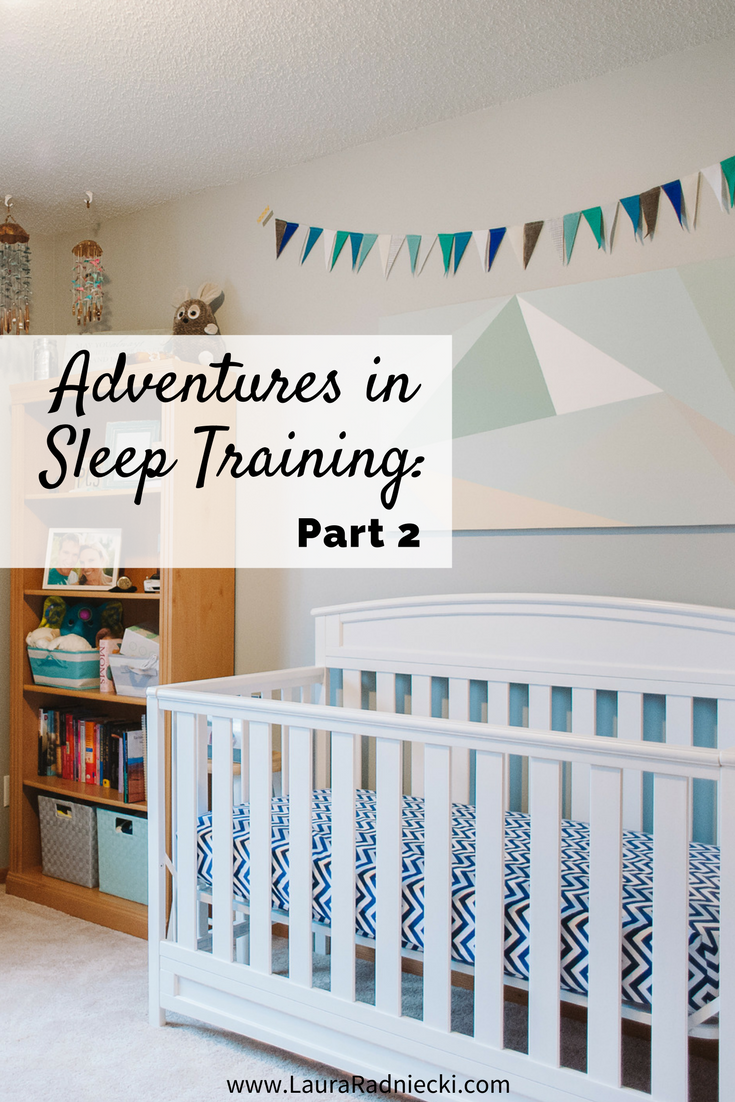