Happy first day of May!

It has been 4 weeks and 1 day since we brought Remy home.

The first week or two were a serious adjustment for us. Mostly for me.

I love my sleep, and since we don’t have any kids yet and I work from home, my sleep schedule has been deliciously padded and extensive for years. At the risk of sounding lazy, I’ve slept 9+ hours per night almost every night for a long time. But once Remy came, there were lots of middle of the night trips outside for her to go to the bathroom, and lots of early mornings because she decided she wanted to PLAY at 530am.

Lately though [knocking on wood as I type this], she’s slept through the night soundly, and I take her out as Matt leaves for his 5am workouts. Then it’s back into the crate and we usually sleep until 7am or later.

I feel like I have a new baby who just learned to sleep through the night! Yay, Remy!!

She’s also becoming more independent and can entertain herself more than in the beginning. It’s hard to get work done when you have a puppy on your lap who wants to play. But we’ve gotten into a routine lately, and she’s more content to chew on a toy or sit next to me on her blanket instead of needing attention RIGHT HERE, RIGHT NOW.

Plus, I am more comfortable putting her into her crate when I need to shower or do other things where I can’t supervise her, and I’ve gotten better at ignoring her whining and barking. After one morning where I lost it and hollered my head off, I’ve managed to maintain my cool since.

She’s still partial to me, but is really loving on Matt lately. I think it’s because I’m home with her most days, so she is used to me the most. She gets really excited when Matt comes home from work though, so that’s been fun to watch.

She has added lots of laughs and spunk to our lives these last four weeks and we are glad she has made us the Radniecki family of three! 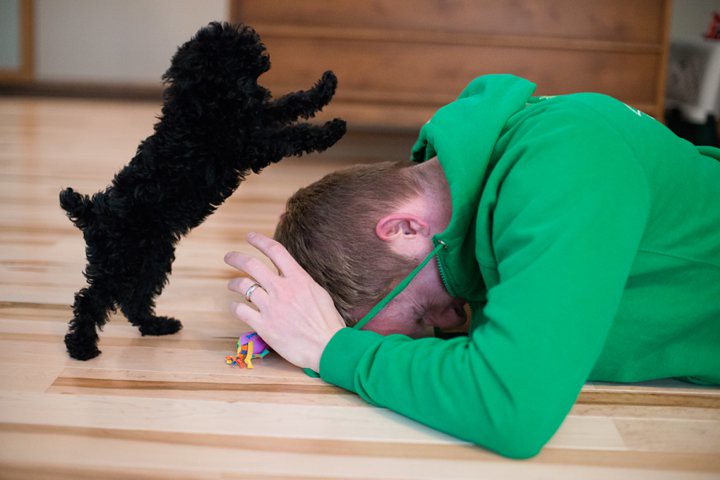 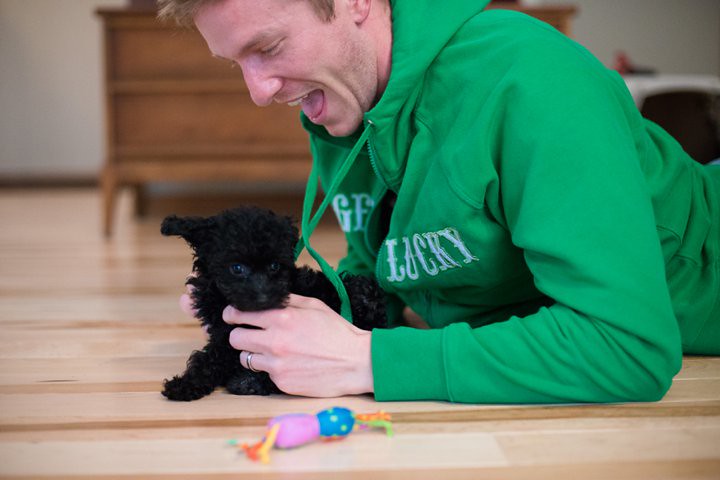 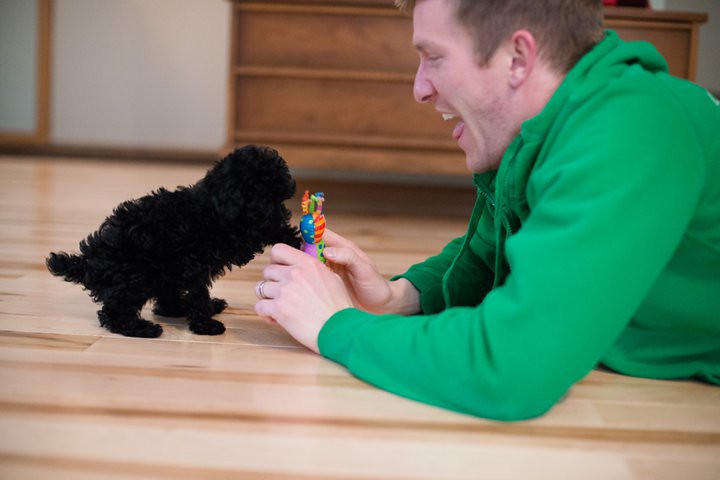 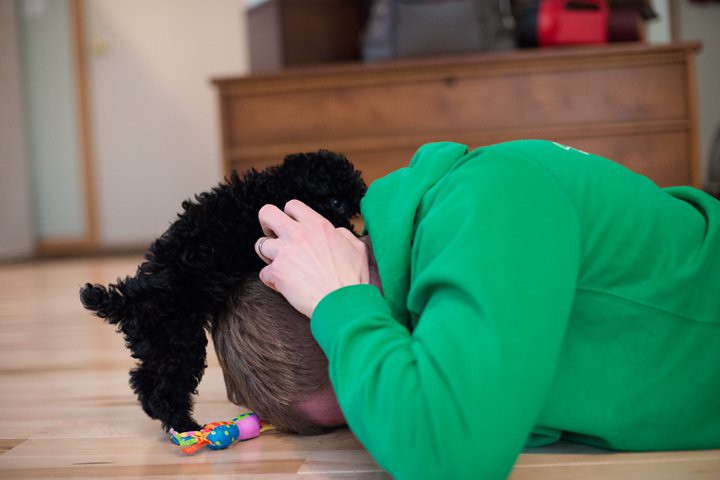 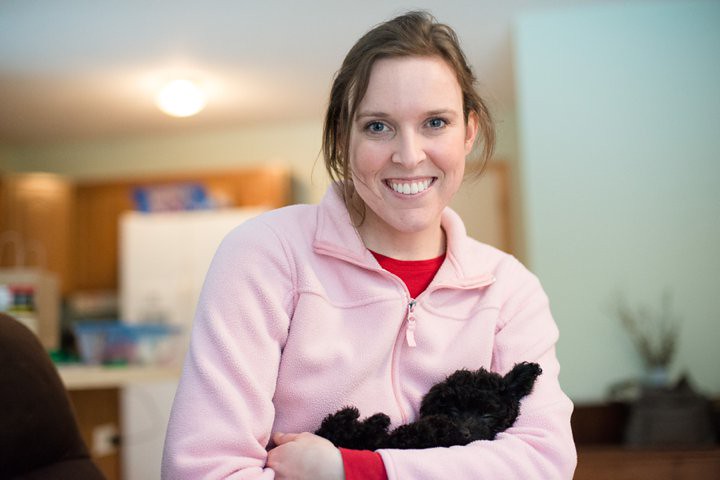