Wicked, in the ‘absolutely, awesomely, amazing’ way.
We had a fantastic Christmas. Actually, 4 Christmases if you separate them out. [Not like the movie though… I watched that this weekend and I’m not much of a fan. I am a fan of having 4 Christmases though…]
We started the festivities Christmas Eve, with my family. We played Joker with my sister and her fiancee, as well as my parents, and got into several heated games. [The girls are still the overall champs, though. :)] We headed to my grandparents house for fondue for dinner. Mmmmmm, it was fantastic. Venison fondue to be exact. Plus, cheese fondue and chocolate fondue later. 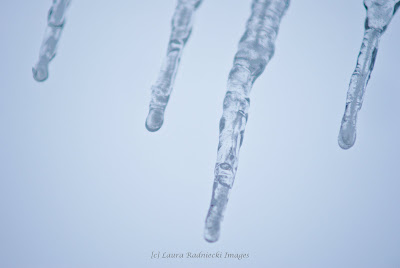 Back to my parents house for presents, and then we braved the winter storm that blessed us on Christmas Eve, and headed to the midnight mass at church. It wasn’t at midnight, but still… a 10 pm service is the perfect closing to a wonderful Christmas Eve.
Christmas Day, we checked out our stockings that Santa delivered for us at my parents house, before heading to Matt’s parent’s house for more festivities. After the second annual omelets-in-a-bag, we opened presents and stockings. So many thoughtful and creative gifts! The 6 of us then headed north to Matt’s grandparents house. More fun, more festivities. For the most part – Matt’s mom was graced by the holiday bug that’s going around, so that cut some festivities short. But she’s a quick recover-er. She’s much better already. 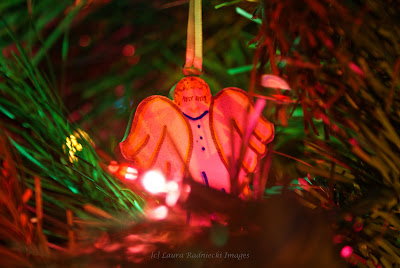 Then, yesterday we all headed to my aunt’s house for more celebrating. We played the dice game and had a very rambunctious and hilarious gift exchange. That is the way to do a holiday with many people, without going completely broke. 2 gifts each – $5/gift. Next year, we may up the anty to 3 gifts per person to make it even more interesting. So, $15 for next year’s swap. Bring it onnn!
The gifts that Matt and I brought were all from our road trip. 2 were from Las Vegas [this oven mit, and a plastic magnet/bottle opener in the shape of a bottle with dice, colorful balls and poker chips and glitter inside] and then 1 was from AZ and 1 from FL. We were a little worried that our Vegas gifts would be too White-Elephant-ish, and not good enough for the family gift exchange. Well, we shouldn’t have worried because those two gifts were the biggest hits! They were stolen and traded back and forth up until the very end with the lucky winners got to claim their prizes.
Now the pressure is on to come up with clever gifts next year! 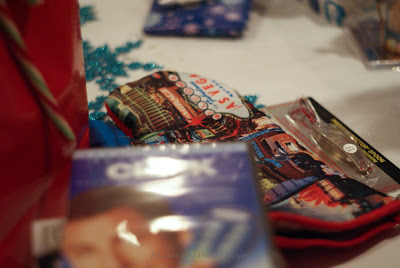 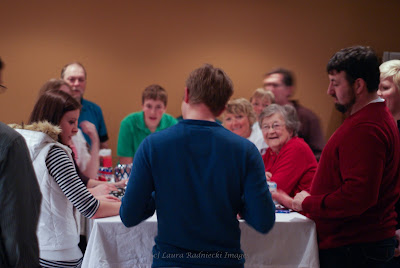 Now, the festivities are mostly over, except for some extended family coming into town to visit on Matt’s side. I can contently say that it was a blessed and beautiful Christmas here in very, very, very snowy Minnesota. [We have had nonstop snow since Wed night, and although I’m not sure of the exact total accumulation, it has surpassed a foot. That much, I know for sure.] 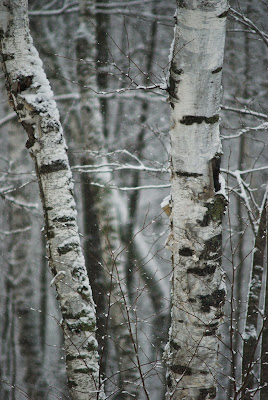 AND, to make my life even better – today at church, the priest said that the Christmas season goes until January 10th, so per his orders, we are keeping the tree up until then. 🙂 I am so in favor of that. Why not extend one of the best parts of the year??
Next up – New Years. I’m contemplating some resolutions… Though I haven’t ever been able to keep one of my resolutions, this might be my year… Maybe??
I hope you had a very Merry Christmas with your families, and don’t let the spirit of the holidays leave just yet!