This month, I read 8 more books! 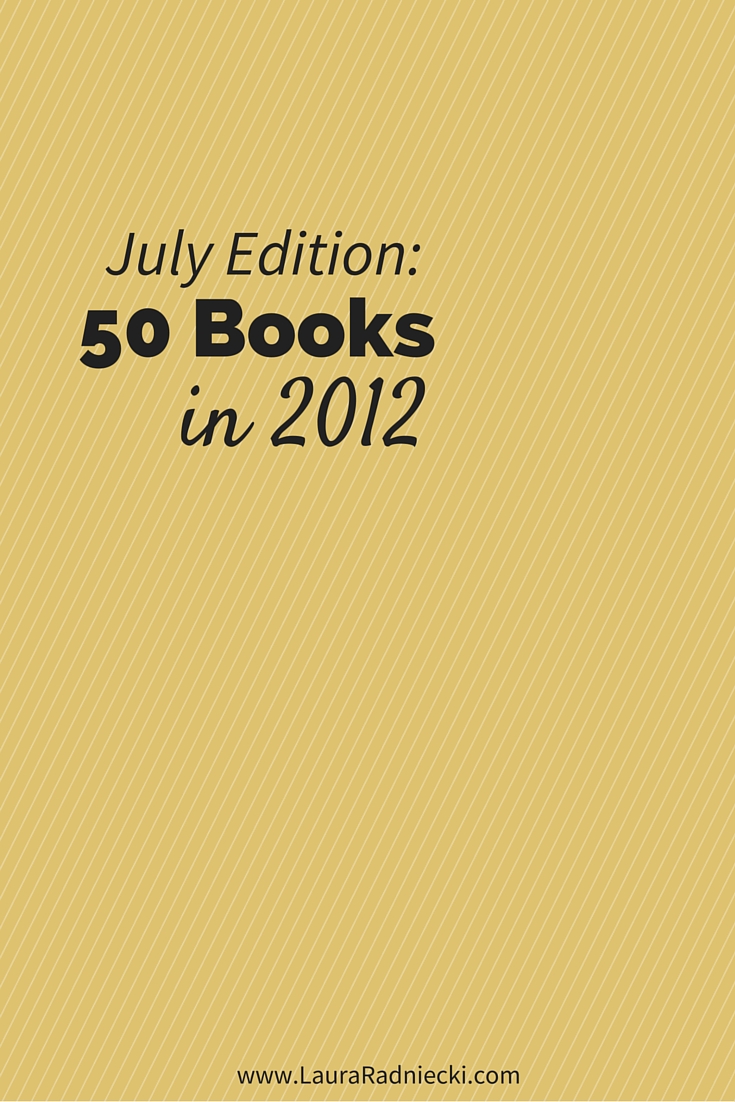 It’s no secret that I love Kristin Hannah. I think she’s one of my very favorite authors, and tied for the best author I discovered in 2012.

This book is a heart wrenching and heart warming story of a marriage that appears perfect on the outside but has some deepening cracks as the stresses of life take their toll. It was the perfect summer read.

Love in a Nutshell by Janet Evanovich and Dorien Kelly:

Light hearted with a dark lining, it kept me turning the pages until the very end. Again, the perfect summer read!

This book was a short, easy to read, light hearted romance novel that was a quick but fun read. Not too complex of a plot, but perfect for tuning out the stresses of life and diving into a fun romance for a bit.

Wife for Hire by Janet Evanovich:

Another of Janet’s super light hearted and not deep at all love stories. I was wondering at first about the shallow plots of these books, but I decided I liked the quick and easy reads. Full of laughs and only take a day or two to read.

Three to get Deadly by Janet Evanovich:

Book three in the Stephanie Plum series. The more I read, the more hooked I am! Stephanie and Lula make a dynamic and completely HILARIOUS team!

Four to Score by Janet Evanovich:

Book five in the Stephanie Plum series. Grandma Mazur is quickly becoming one of my most favorite book characters of all time.

Book six in the Stephanie Plum series. This time, Ranger’s in trouble!! Could not put this down!

Have you read any good books lately? Anything I should add to my list?