My sister Erica used to be part of the Vacationland Figure Skating Club. She was good! I was in it one year. I wasn’t so good.

Now, over a decade and a half later, my sister-in-law Ashley is one of the skaters in the VFSC. She’s been skating for several years, and is no longer one of the littlest skaters. That’s weird for me – I remember her being out there and barely being able to wiggle around on the ice. Now, she’s doing jumps, and winning competitions. She’s even acting like a mentor to those who are younger than her.

This past weekend, I went and watched her skate in the annual VFSC spring show. It was fantastic! Every year they have a guest skater come, and this year – it was a 17 year old girl from Manitoba. Oh my word – she was absolutely amazing. I think she is better than any other guest skater I ever remember. Ashley said she was so nice too; treating the girls like they were her friends. She gracefully signed autographs for the VFSC skaters and talked with them about skating. That’s my kind of pro athlete!

The show had a great mix of talent from just very, very beginners to seniors in high school who have skated their whole life, and of course, Kate from Canada. There was even a dad’s number – where the girls and their dads went out and strutted their stuff. Fantastic.

Oh, and my husband did a great job running one of the spotlights. Yeah Matt!! 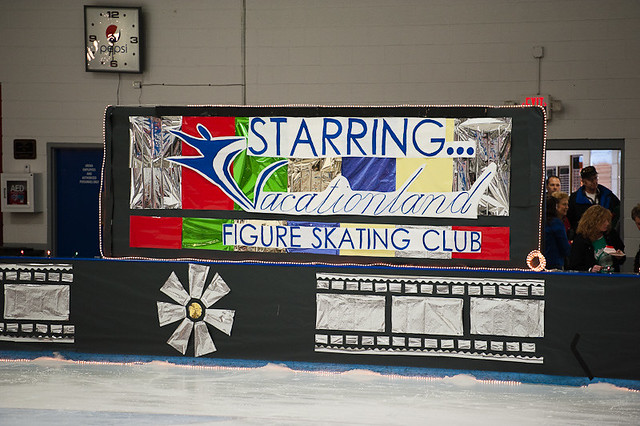 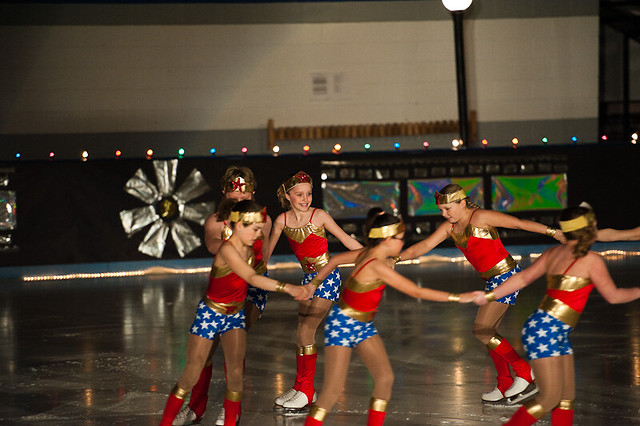 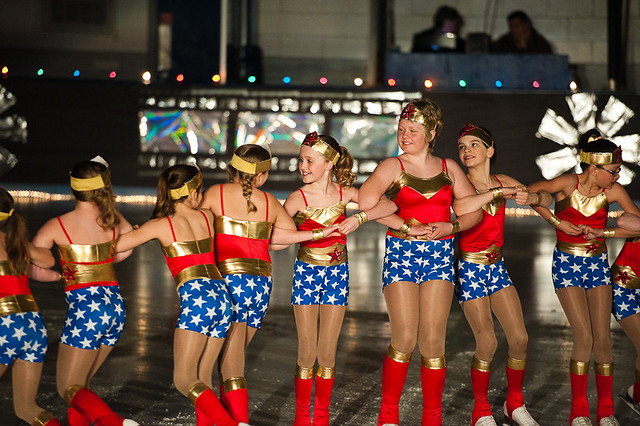 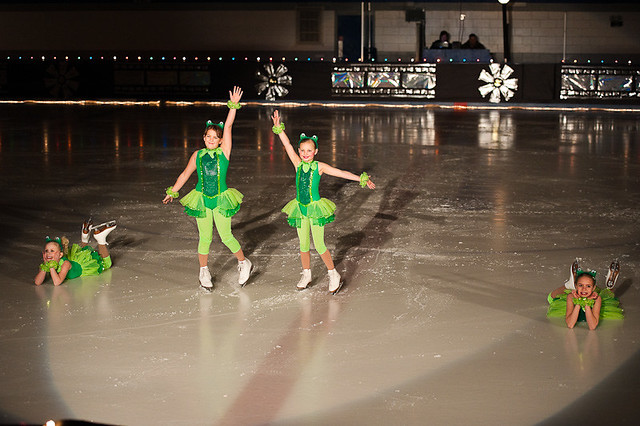 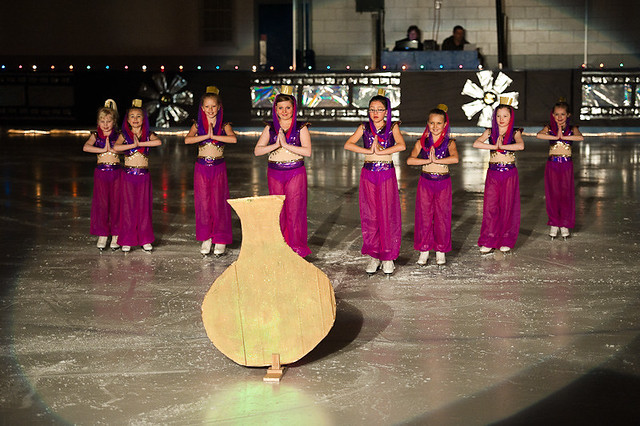 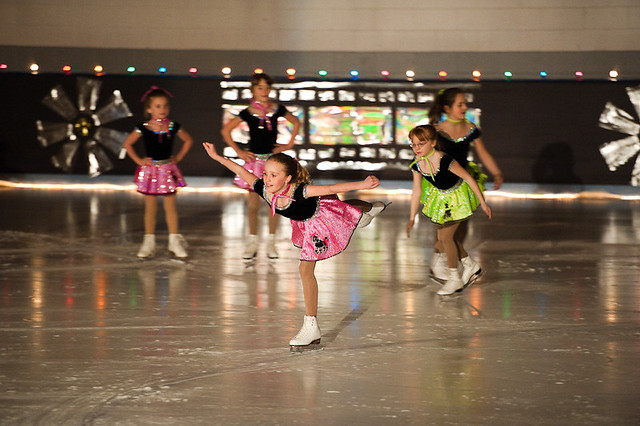 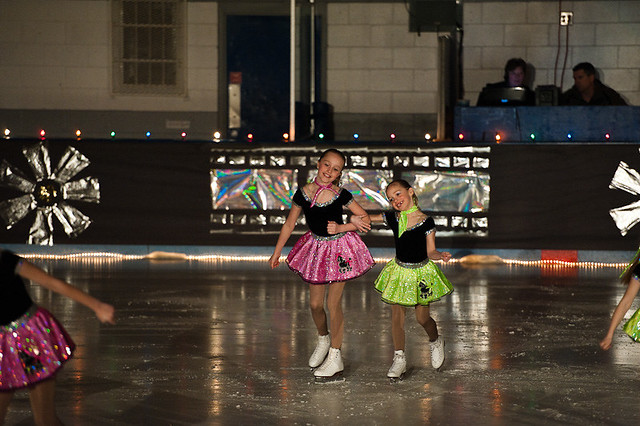 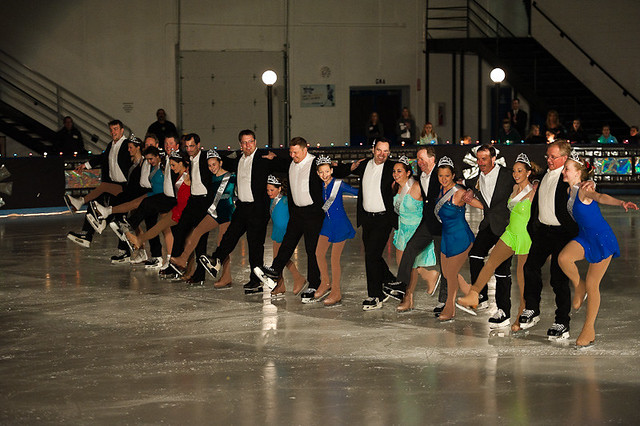 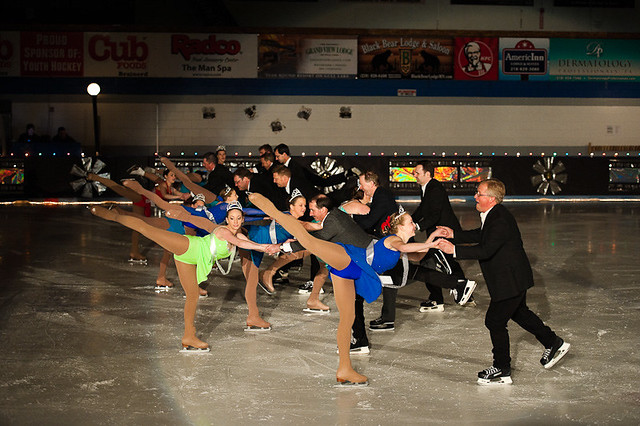 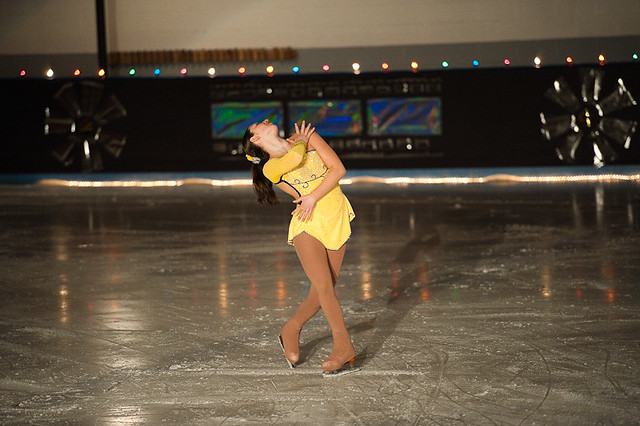 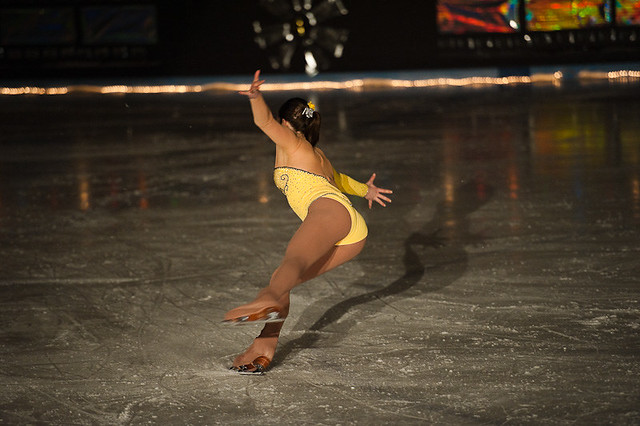 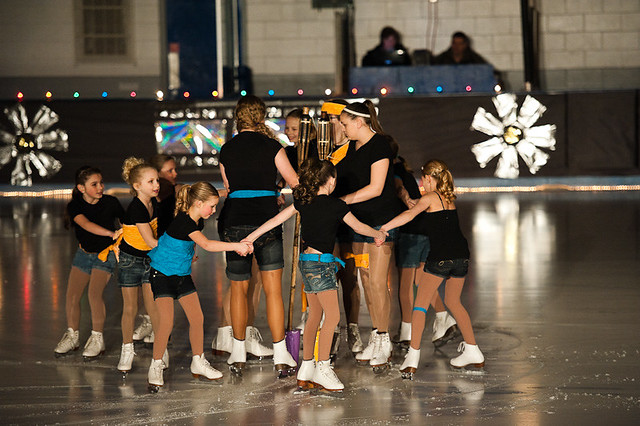 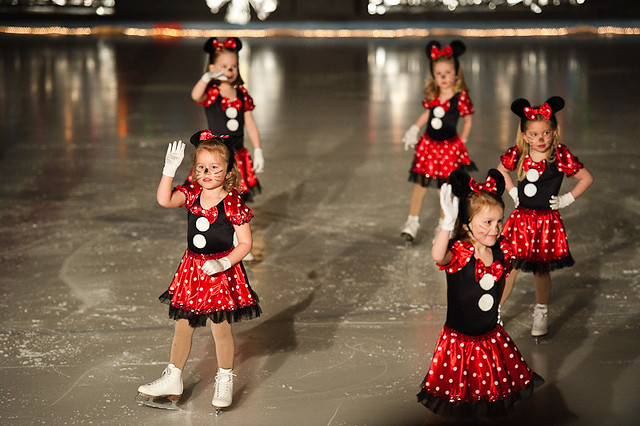 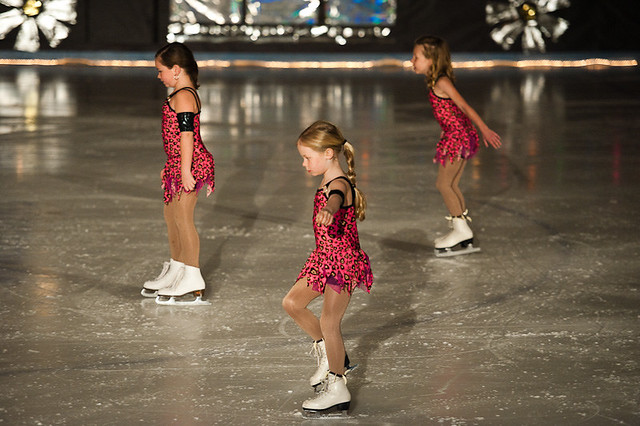 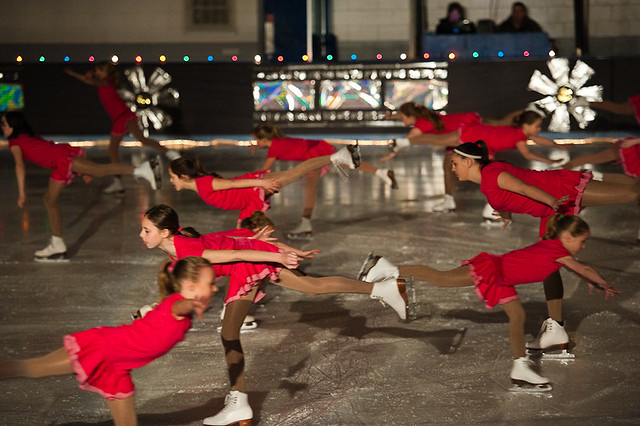 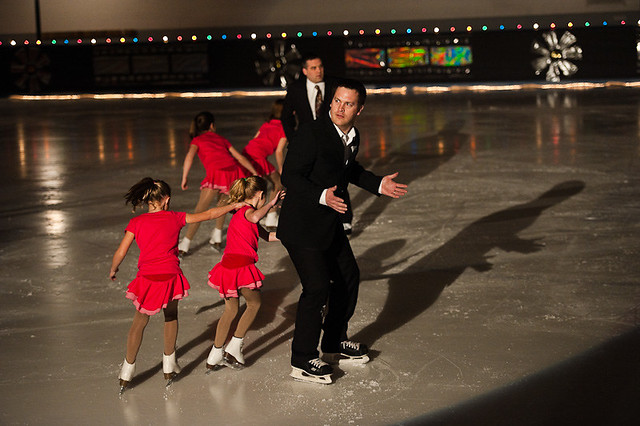 The following photos were from a special performance – the grand finale. The older girls wore these body suits that had lights on them. They turned off all the lights in the rink and SO COOL! I loved it. 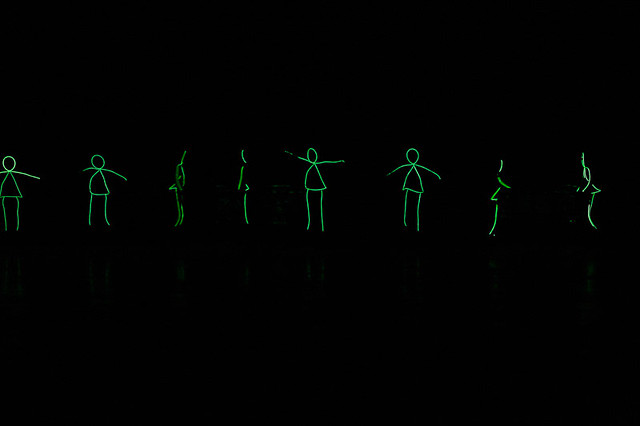 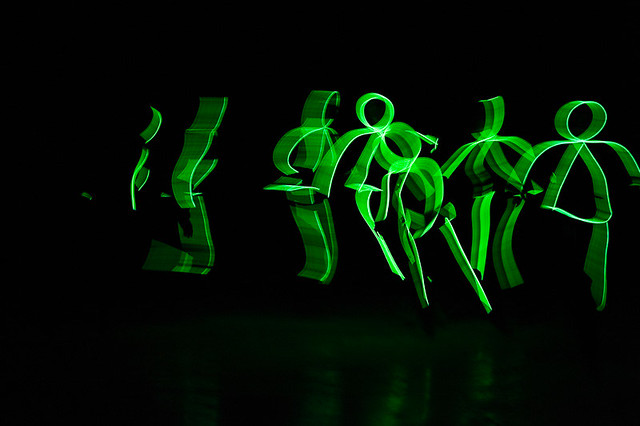 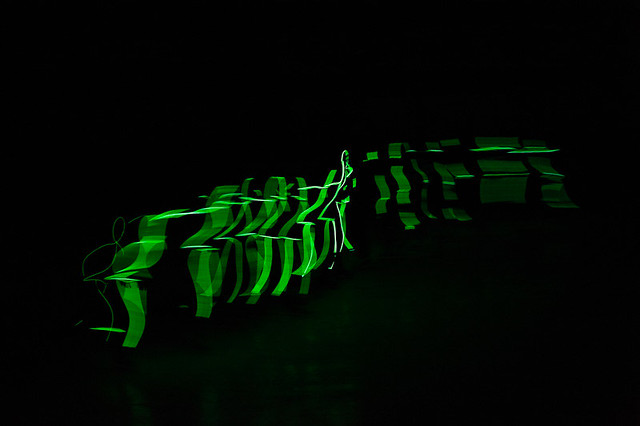 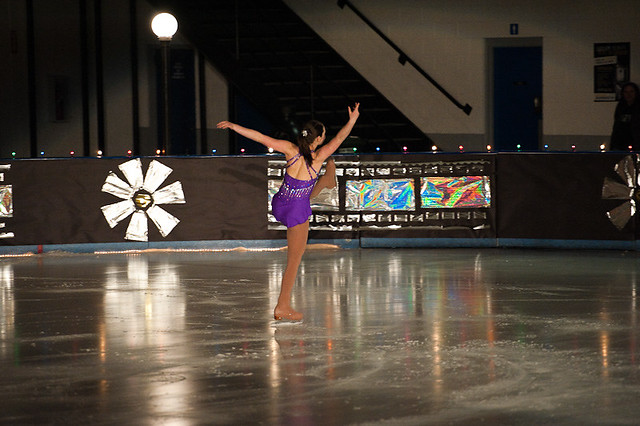 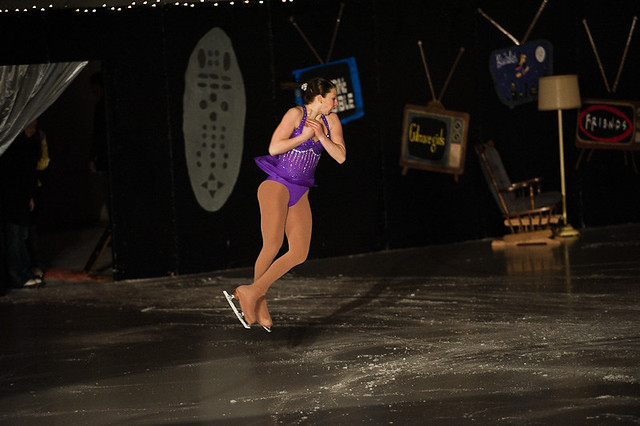 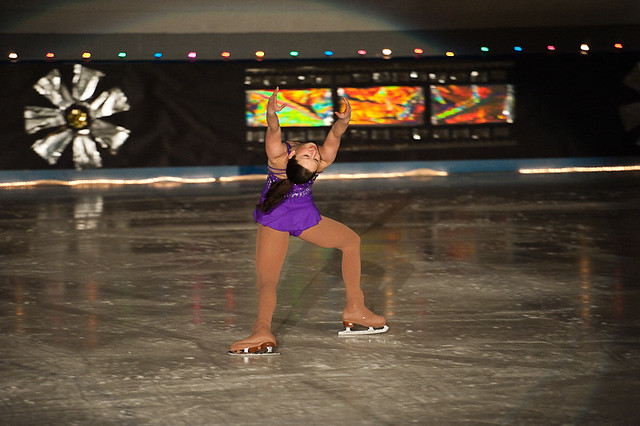 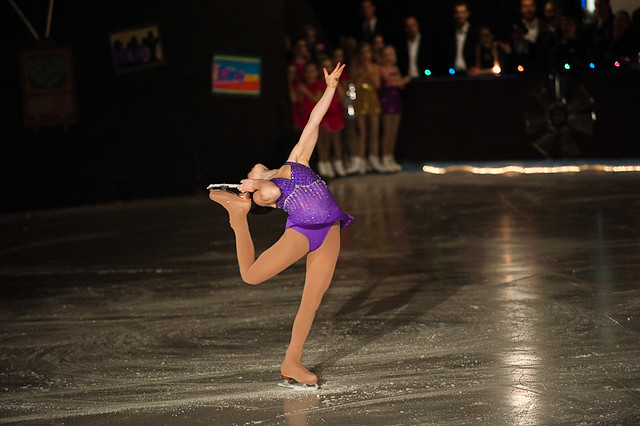 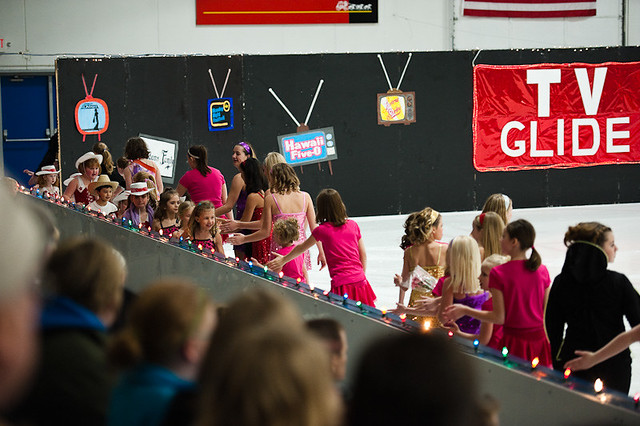 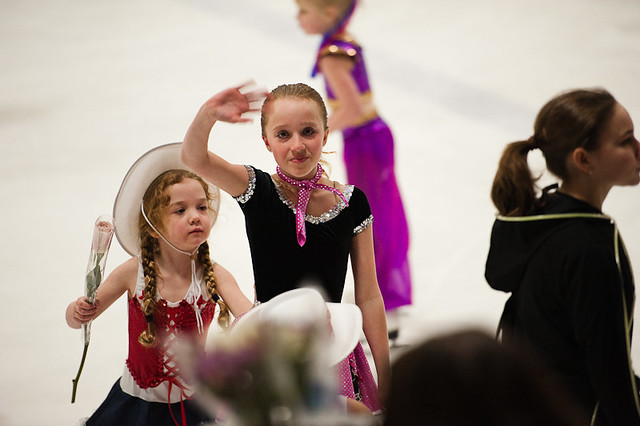