Not only literally – moving to a new house, but figuratively. It was the biggest change I’d made in my entire life. I moved from the state I’d lived in my entire 23 years, and moved out to Oahu.

I would live there for 9 months on the Marine Corps Base with my husband while he served the rest of his active duty contract. But he wasn’t there waiting for me when I moved on 1/27/09. He was in the last month of his second deployment to Iraq. He didn’t join me until the first day or two of March in 2009.

I didn’t move alone though.

My dad came with me, and stayed with me for 8 amazing days while I navigated the streets of Oahu [literally, with a guidebook. I didn’t have a gps or smart phone then and I still don’t.] and deciphered my way through becoming a functioning Marine wife living on a military base.

He helped me deal with base housing and get our base house. He helped me to pick out and buy a car. He helped me furnish the house with many trips to Ross, Kmart, Home Depot etc etc. He helped me scout some killer garage sales and score some awesome furniture. He helped me to become familiar enough with the highways and streets of Oahu so that when he left 8 days later, I could drive by myself. He helped make the biggest move of my life conquerable.

Plus, it was fun! It was bonding time, just us two, in Hawaii! 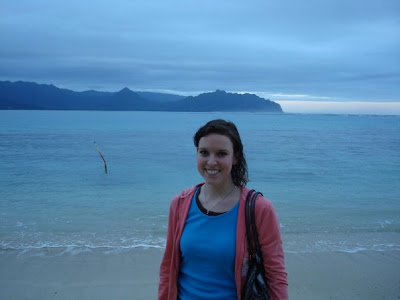 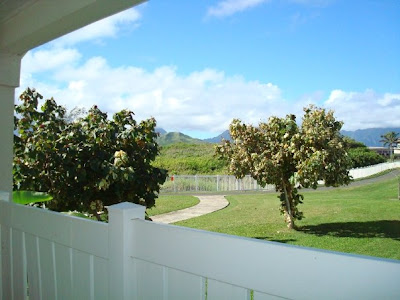 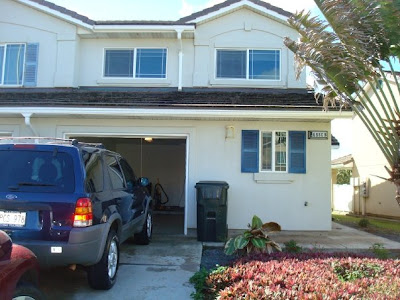 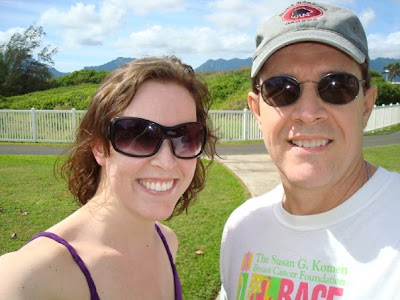 Anyway, today marks 2 years since that fateful day when we boarded the plane in Brainerd and began our journey to Oahu. I had a crazy mix of emotions – mostly excited and thrilled the day was actually here after months and months of waiting and planning and anticipating it’s arrival. But I felt sad too. I was leaving my family and the only home I’d known for my whole life. And I had 6 weeks to kill before Matt would be there with me.

Those 9 months that we spent on Oahu were some of the very best months of my life.

There’s not a day that goes by where I don’t think of Hawaii in some small way. I miss it. Badly. But at the same time, I know that’s not where we are supposed to be. Oahu was amazing because we were living on base, in a house we didn’t have to buy or really pay for [BAH took care of it and we never saw any transaction so it didn’t feel like we were paying for it], with the Pacific Ocean in our backyard, seriously. Matt had steady income and amazing friends. I had some of the best Marine wife friends I could have ever asked for. Weekends were spent at the beach, walking around Waikiki, at BBQs with friends or driving around the North Shore. We had 4 sets of visitors and got to play tour guides and show off this amazing place that we lived.

But now, our friends from the Marines are all moved off the island or will be shortly. Our house is occupied by someone else. Matt is no longer an active duty Marine, but one in the Inactive Reserves. Our home is here now, in Minnesota. Oahu wouldn’t be the same, without being able to know that we could cross the mountains on the H3 and go home after a night in Waikiki.

So, on the 2 year anniversary of my move to Hawaii, I am thankful that I got the chance to live in Hawaii. I’m thankful that the Marine Corps let me call it home. It was truly one of my biggest blessings, especially to be able to share it with my husband. 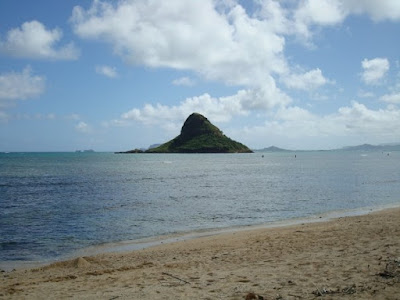 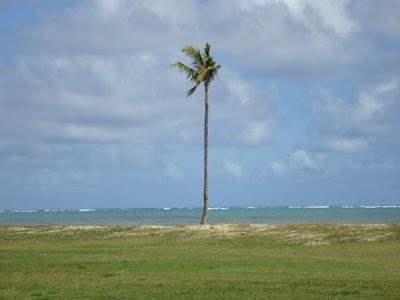